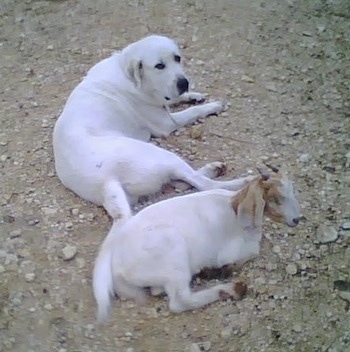 "Shadow the Anatolian / Pyrenees hybrid with one of his goats; Shadow is five years old in this picture. We live on 16 acres with twenty goats, two jennies, one horse, eight dogs (five dogs are house dogs), one house cat, two keets, one tiel and too many chickens to count. Shadow works at night and sleeps during the day. If a stranger or strange animal comes to the gate, Shadow is there in a second. He is very protective of his goats and if you give him a chance to look you over, he will leave you alone and not consider you a threat to his goats. He has never tried to bite anyone. I am sure he would attack if he sees a threat."

The Anatolian Pyrenees is not a purebred dog. It is a cross between the Anatolian Shepherd and the Great Pyrenees. The best way to determine the temperament of a mixed breed is to look up all breeds in the cross and know you can get any combination of any of the characteristics found in either breed. Not all of these designer hybrid dogs being bred are 50% purebred to 50% purebred. It is very common for breeders to breed multi-generation crosses. 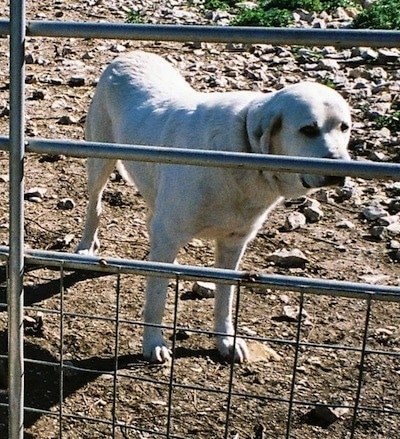 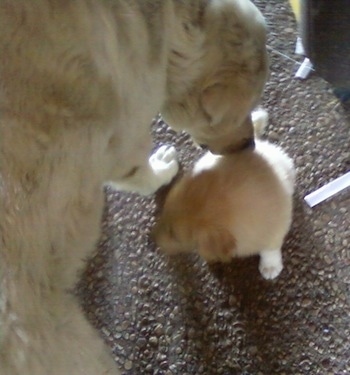 "Shadow and new puppy Bear, also Anatolian / Pyrenees—all my dogs are fixed and the new baby will be fixed when he is old enough. Bear is six weeks and Daisy is five years old in this picture. Bear is a goat guard dog in training." 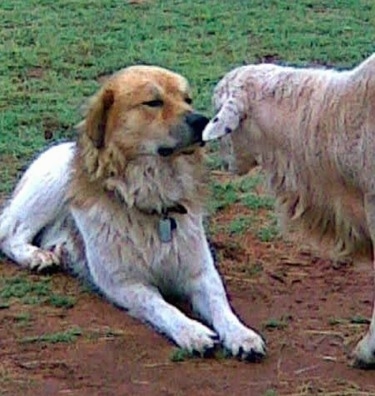 "Bob is a 4-year-old Pyrenees Anatolian Shepherd hybrid. He is a quiet household member by day but a fierce defender of our sheep and chickens at night." 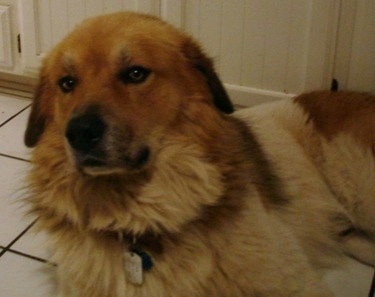 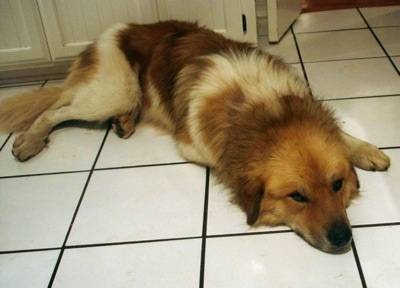 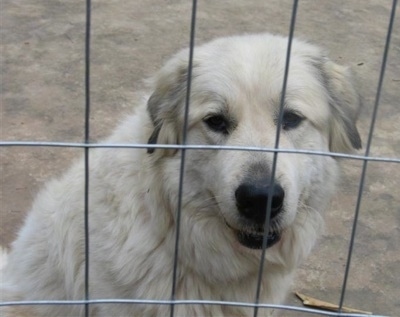 "This is Lucy, my Great Pyrenees / Anatolian Shepherd hybrid at 2 years old. She is a very good guard dog and she is really big!!!" 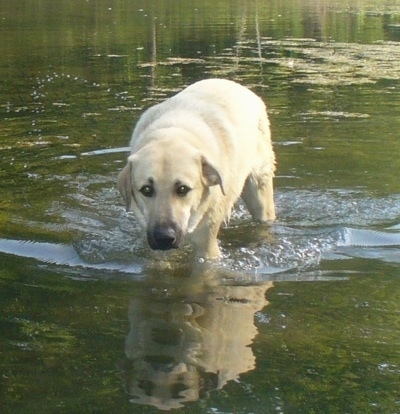 "This is Boomer, our 70-lb., 1-year-old 1/2 Great Pyrenees and 1/2 Anatolian pup. We took him and his little brother Apollo (3-month-old black Lab) to the river here in Ft. Leonard Wood for their first romp in the water. He walked straight in and waded around in the smooth water enjoying every minute. He even tried lying down where it was just too deep...he about went all the way under. He caught himself just in time…too funny!" 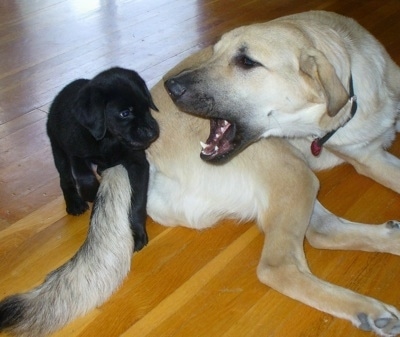 "This is Boomer, our 70-lb., 1-year-old 1/2 Great Pyrenees and 1/2 Anatolian pup meeting his very playful and snappy little brother Apollo, our Black Lab pup for the first time."