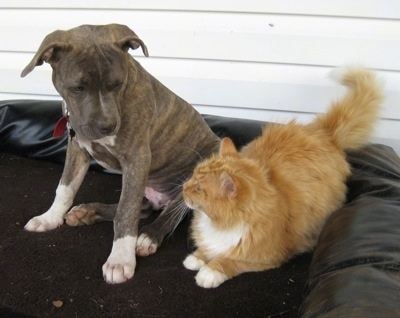 This entire website is based on the philosophy of natural dogmanship (natural dog behavior). What exactly does that mean? Simply put, it is the art of learning how dogs naturally behave amongst one another in order to communicate with the dog in its own language. It takes a special person to fully understand and apply this concept as it requires putting aside human emotions and putting the needs of the animal first. Many people try to get their dogs to understand human communication so they can continue to act human and communicate human towards the dog. Dogs are less complicated than humans and while it is difficult and sometimes impossible to make a dog understand human, humans can learn the language of the dog if they open their minds to the idea. You must work with the natural instincts of the animal, not against them. 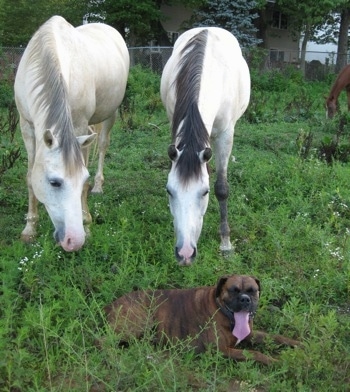 Horses are a good example. Some of the best horse trainers and owners are those that apply natural horsemanship; they learn how horses communicate towards one another and use the horses’ language to speak to them. Each animal is unique in its own way. For example, horses are flight animals, meaning they have a strong instinct to run when they are afraid of something or their life is at stake. Dogs are fight animals, meaning they have an instinct to fight as their natural defense mechanism. Just knowing this small fact about these two animals should tell you that the way you handle a horse would be different than the way you handle a dog. 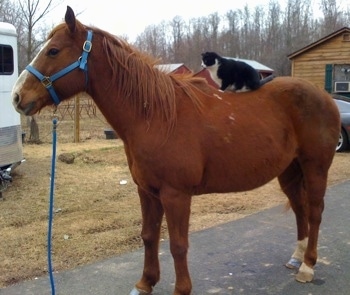 Dogs, cats, horses and pet snakes are all different. You do not treat a cat the same way you treat a horse, just like you do not treat a pet snake the same way you treat a horse. They all have their own needs and instincts. Almost everyone would agree that if someone dumped a tiger in your backyard and asked you to communicate with it, that the skills required to reason with the tiger would be different than those required for reasoning with a human. You would have to know how the tiger would react to your moves and how she would perceive your intentions. Walking up to the tiger and stating, "Look buddy, I'm just going to lead you to the gate so you can leave my yard. I mean you no harm," the tiger would have no idea what you just said and you might get yourself hurt in the process. We can all accept the fact that in order to remove the tiger from the yard, we would need a professional who understood the animals’ behavior. 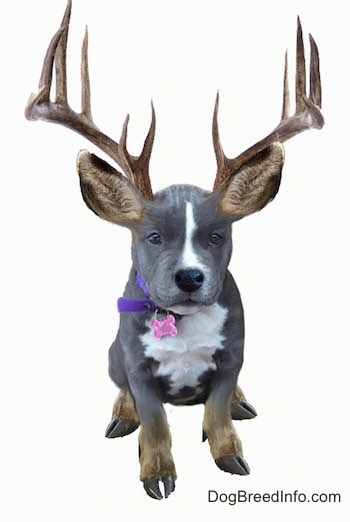 Because dogs are so closely bonded with the human species, most humans forget, or never even think about, their natural instincts. Some even take it as far as seeing those who do speak dog to the dog as cruel. Dogs have a natural instinct to want structure, rules and boundaries. They want to know where they stand among their pack and believe it or not, they want to know the rules and they need consistency with those rules. There are those who believe it is cruel to use natural dogmanship with a dog, but it is actually more cruel to assume your dog is human, overlooking its natural wants and needs. All dog behavior issues stem from humans who are not practicing natural dogmanship: not providing what the dog needs in its life, from exercise, both mental and physical, to the leadership she craves. What something means to a human may mean the total opposite to a dog. Dogs all around the world receive mixed signals from humans. Any dog that misbehaves is missing something in its life. A dog's temperament is a direct result of the owner’s ability to understand her and give her what she instinctually needs as a canine animal. There are no bad dogs... just uneducated owners. And yes, you can teach an old dog new tricks. It's NEVER too late to turn a dog’s behavior around.