Raising a Puppy: Tenth week in his new home

A day in the life with Bruno the Boxer puppy. Bruno's 10th week—16 weeks old, 36 pounds, 18 ½ inches from the ground to the highest point of the shoulders (the withers). 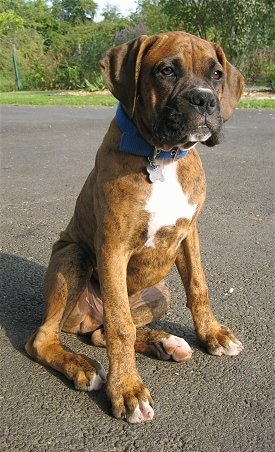 Still no accidents in the house since he was 12 weeks and 3 days old. When Bruno is inside and he has to go to the bathroom, he quietly and calmly moseys his way to the front door, stands there and looks at me. While I love his calmness, I do wish he would bark or something. I'll have to try to work on this with him. I decided against a bell, because I do not wish to keep a bell at the door for the rest of his life and I do not want him pawing at the door, as he will scratch it up. 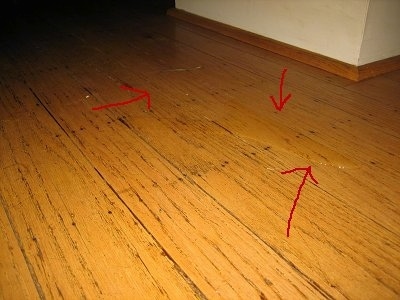 I should have knocked on wood at the above post about Bruno not peeing inside. On the night of Bruno's 16th week of life he peed on the living room floor, right in front of the door. I had gone up to take a shower and told the kids to put Bruno outside if he left his dog bed and walked to the door. When I was finished my shower my 9-year-old came to me and said Bruno had peed. She said, "I was following him to the door and he just peed so I spanked his butt while he was still peeing and he ran to his dog bed." Thinking about it now, when Bruno is inside and begins to walk to the door, knowing what's on his mind, I immediately get up and let him outside. My daughter didn't immediately put him outside when he walked to the door. IF she caught him in time and corrected him in the right manner, this can be a very good thing and one more step to Bruno being fully housebroken. I wish she would have immediately put him outside and nicely walked him to the grass to finish, but at least she caught him. A dog’s mind works in such a way that if you catch him peeing in the kitchen, he knows that is bad, but he will not know peeing in the living room is bad. Yes, they are simple creatures with canine instincts. I'm still pretty proud of the pup; he's doing very well for his age. 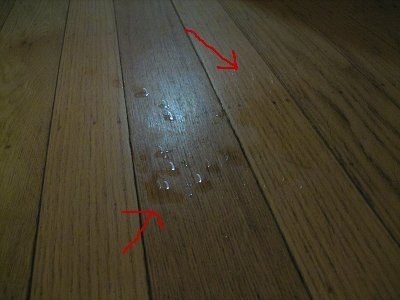 I believe this picture shows where Bruno began to run back to his dog bed while still in mid-pee. If this is the case, my 9-year-old did good.

Bruno comes when he is called, even when he is fetching his tennis ball or in the middle of a long nap; it takes some good coaxing to get him up when he's extremely tired, but he will slowly get up and come to me.

I have been watching him when he is outside with the guineas. It was only a few days ago that I caught him chasing them and let him know this was not going to be tolerated. In the last two days I have been looking out at him as he sits calmly and watches them with interest, but not excitement. So long as our older Boxer does not teach him otherwise, we are on the right road to a bird-free chaser. He is still a dog and they are still birds, so I will never totally trust his curiosity will not get the better of him. Best to always keep a close eye, as best as you can, anyhow. Those birds are all over the place.

Bruno has pretty much stopped jumping on people since he was 13 weeks old. Occasionally, when I have Bruno out, a person will make excited hand gestures to him that will trigger him to try to jump. That is when I correct him with a tug on the leash and let the person know he is not allowed to jump on people.

Bruno has been visiting the karate school twice a week since he was 7 weeks old. He waits outside for all of the students to exit and greets everyone with a wag of his nub/back end. I would always forget to use the "No Jump" command and would tell Bruno "Down" with a tug when he tried to jump or crawl up on people, all the while the kids were practicing getting Bruno to lie down by saying "down." Now when Bruno sees people from karate leaving the building and they come over to say hi to him, he's been rolling on his back with all four legs in the air squirming around happily like a nutty little puppy trying to play-bite on the leash, their hands, whatever he can. If it were not for the puppy biting I would think this is OK, however I do not like him being mouthy, even if it's just a puppy thing. I have been sitting him up and making him sit nice to be petted. If he can roll over without the mouth I think it will be OK, since it is very submissive of him to roll on his back. From now on, I will REALLY have to try to remember to just give a tug on the lead when he tries to jump and a corrective "Aaaattt" sound if necessary and leave out the "Down" command. I am assuming this is why he has been lying down; either that or he's just a goofball. Maybe both! 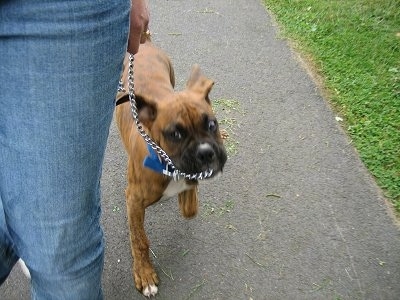 We have only been practicing "the walk" with Bruno for a few days. That is, Bruno walking beside or behind me, not in front of me and not pulling on the lead; lead must have slack on it. Bruno has been catching on quite well and seems to really enjoy his walks. He was so happy in fact that he playfully grabbed onto the lead and carried it. He was very careful to stay behind me and he was not pulling on the lead, in fact he seemed to hold his head high as to avoid any tension. I found myself looking back to make sure he was still there. He was not beside me, but a full step behind me. I was trying to decide if this was OK to let him do, he seemed very pleased with his walk and kept looking at me like he was concentrating on staying behind me. Because he is following and not pulling I say it's OK. To assume he held the lead because he wanted to be in control, I think that would be a human thought. A dog's instinct is to be in front, leading the walk. I believe he was being goofy, and boy was he happy about it. It took great concentration and skill to keep no slack on the lead and stay behind me while he holds it in his own mouth. Bruno gave himself a job. :-)

The next day Bruno walked without holding the lead. He does very well on his walks. 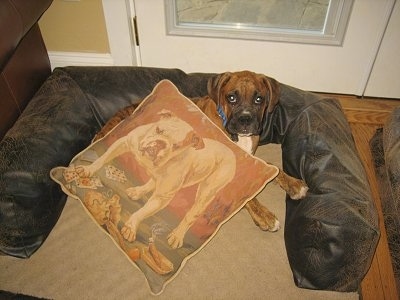 I went to the bathroom for only a minute and when I came out the Bulldog pillow that was on the couch was now in Bruno's bed with him. "Bruno! That is NOT a toy!" 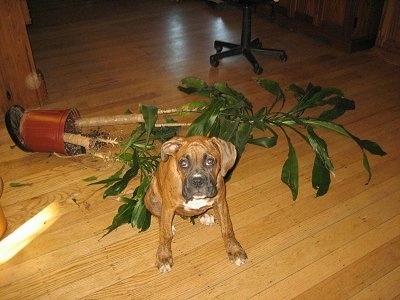 I left Bruno in the house for only five minutes and this is what I came back to. When I walked in the front door Bruno was standing next to the plant, but not touching it, so I could not correct his behavior. I said quietly more to myself, "Bruno, what did you do?" I was waiting for Bruno to touch the plant so I could correct him. Sure enough he walked on top of the leaves and began to bite on them. "AAATTTT!!!!" Bruno jumped off of the plant and slowly slinked away from it. 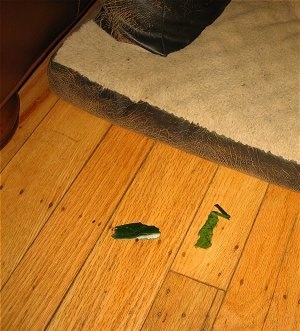 There were plant pieces next to his dog bed. Yes, Bruno was having a good old time with that poor plant. I went into the kitchen, got some paper towels and cleaned up the mess. While I was wiping the dirt from the floor Bruno proceeded to try and eat my paper towel. "AAATTTT!!!!" Bruno slinked away once again. So one would think he got the message that you do not play with the plant, right? 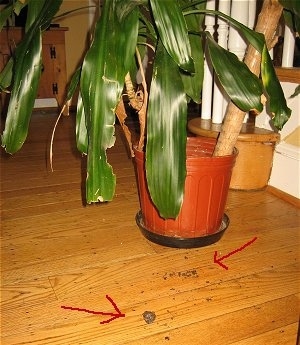 WRONG, after I cleaned up the mess I walked into the laundry room to change the laundry, which only took two minutes. When I came out I thought I heard some rustling. By the time I got to the living room Bruno was walking away from the plant chewing on something. He was eating DIRT! There was dirt on the floor once again. I didn't catch him in the act, so yelling at him would only confuse him. I am on "plant guard," just waiting for that pup to touch my plant while I am watching! I need to catch him the moment he is about to touch the plant to make him understand he is not to play with the plant. It seems he knows it is bad to play with an already-made mess, but he does not understand he is NOT TO MAKE THE MESS in the first place. That's just the way the mind of a dog works. 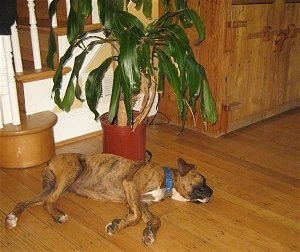 Seven hours later, the same day...I CAUGHT HIM! My computer is right across from that plant. I heard the rustling of the plant and turned to find him starting to bite at the leaves. Without even thinking, I let out a whispery. "AAAATTTTT!" not very loud at all, it just came out that way. Bruno immediately stopped touching the plant, looked at me with his ears back, a guilty look on his face, turned in one complete circle, lay down and went to sleep. Right there in front of the plant! Because I corrected him at the exact moment he was about to bite on a leaf it was very clear to Bruno what he was doing wrong. Dogs that are yelled at during times they are only near the bad behavior, i.e. the plant dirt on the floor, would have bolted away from the plant in fear, not understanding what their owners were upset about. Because I wait for the behavior to be happening at that moment, and because I do not yell and scream (pack leaders are quiet), Bruno is turning out to be pretty stable. For the most part, he is understanding what I want of him when I correct him and he does not fear me, but rather respects and accepts me as his pack leader. Later on the same day, he walked up to the plant and sat down facing the plant. When he touched the plant to his face I said it again, "AAAATTTTT!" and he walked away from the plant. He really wants that plant, however I think he is kind of getting that he's not allowed to have it. Now the question is, did he learn his lesson? WILL he leave that plant alone?? Only time will tell.