Raising a Puppy: 27th week in his new home

A day in the life with Bruno the Boxer puppy. Bruno's 27th week—33 weeks old, 74 pounds, 24 inches from the ground to the highest point of the shoulders (the withers). 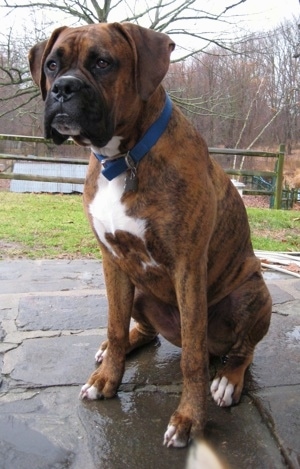 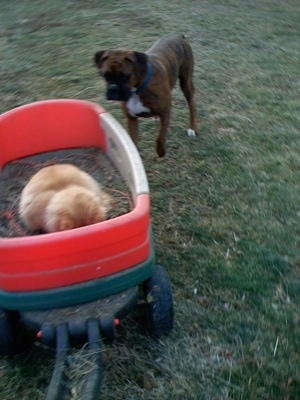 I often use a wagon to transport a bale of hay to the horses and goats. The cats like to hitch a ride. Bruno noticed the cat inside the wagon and wanted to play. Not now Bruno, you will scare the cat away. "Hey, NO. Leave it!" 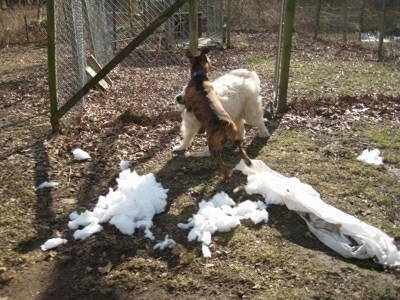 Bruno was outside playing with the Pyrenees and decided it would be a good idea to chew up their dog bed. Bad dog, Bruno! 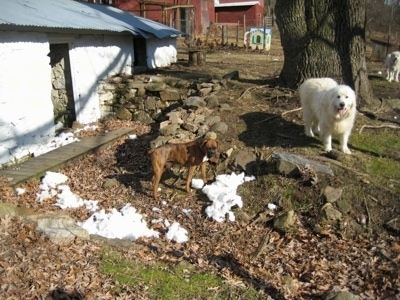 The pieces are everywhere. 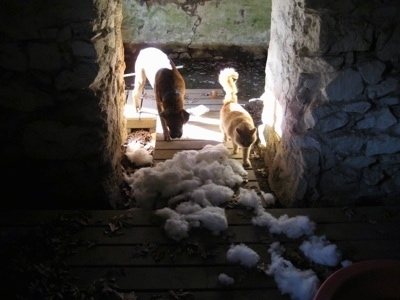 The trail leads right into the springhouse, where the Pyrenees's dog beds were kept. 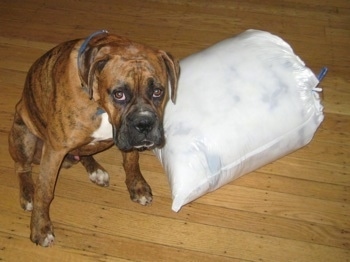 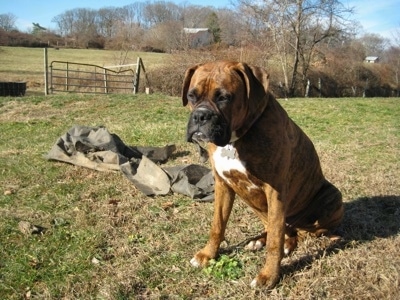 Now Bruno, I am not exactly sure what that there thing is, but I am pretty sure I had seen it part way buried in the ground over in the horse field. My guess would be it is one of those things you put down in a garden so the weeds do not grow as fast. One thing I know for sure is that tarp was not in the yard. You drug it out from somewhere. I know it was you because you happen to have a piece of the tarp hanging out of your mouth. Busted! Always making a mess, aren't we?! 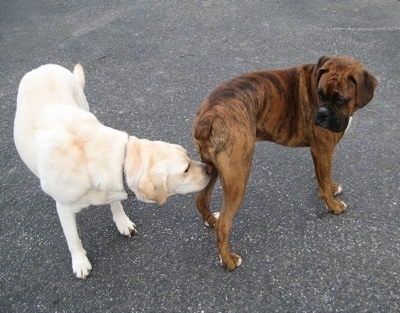 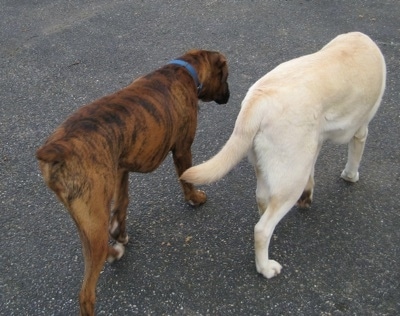 Bruno walks off with Henry. 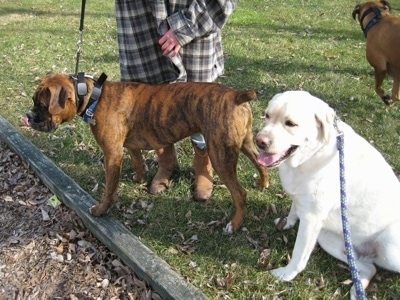 It's time to go for our walk. 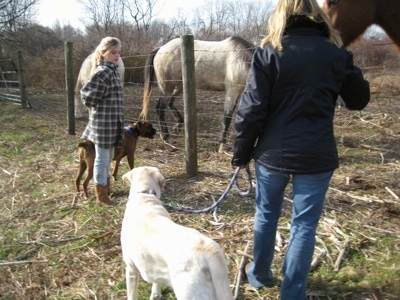 Henry meets some horses for the first time in his life. He's not sure what to make of those huge things. 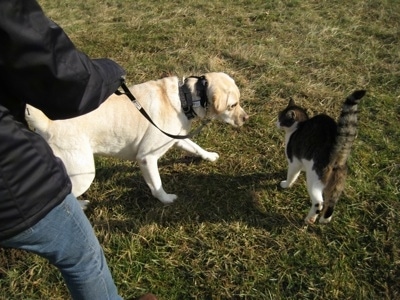 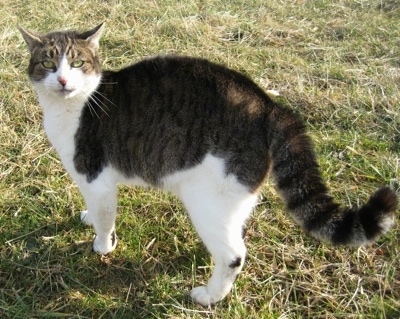 Trouble is not very happy to meet Henry. Look how fluffed up she is. 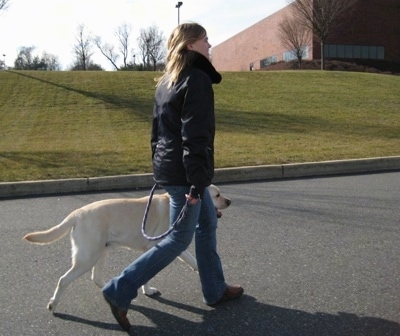 Henry learns to walk on a leash without pulling. Good boy, Henry. 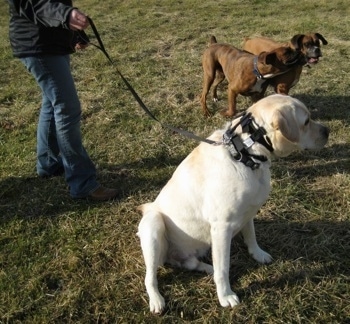 Henry tries out Bruno's Illusion collar. We discover it's much easier to keep Henry from pulling with this collar on.

Bruno the Great Pyrenees and Food

I am happy to report I had just fed the Great Pyrenees and had gone back inside the house when I realized I didn't know where Bruno was. I went back out to look for him. He was in with Tundra and Tacoma (the two Great Pyrenees). The food dishes were right there and no one was fighting! Things are definitely getting better around here.