Raising a Puppy: 29th week in his new home

A day in the life with Bruno the Boxer puppy. Bruno's 29th week—35 weeks old, 77 pounds, 24 1/4 inches from the ground to the highest point of the shoulders (the withers). 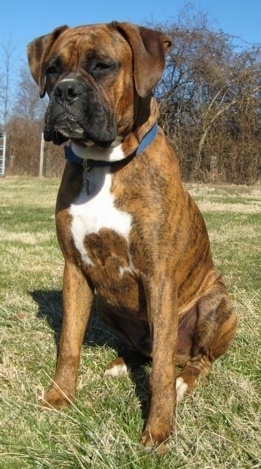 8 months old—time to loosen up that collar. 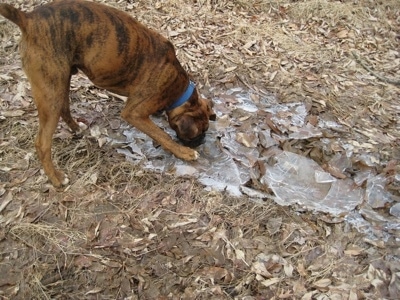 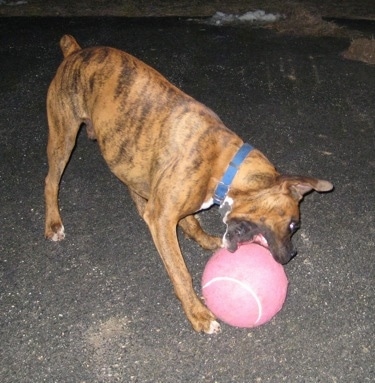 Bruno loves to play with his big tennis ball... 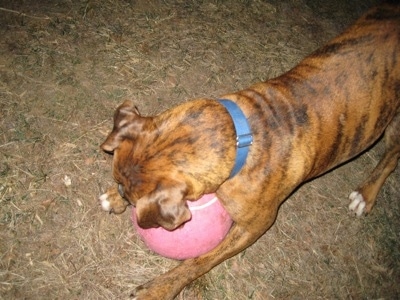 …he chases it, tries to pick it up with his mouth and holds it with his body, because he knows I am about to kick it again. Not a chance, Bruno...I pick up the ball and kick it across the yard. Bruno chases it, pounces on it and the game starts all over again. 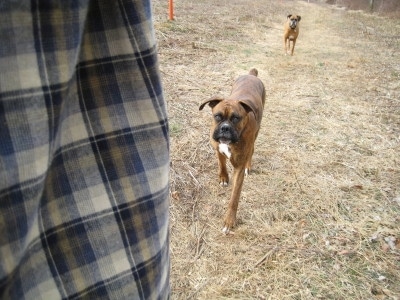 A lot of Bruno's walks are off his leash. We have a lot of trails, woods and fields in safe areas. Even though Bruno is off-lead, I had told him to stay behind me. What a good puppy, he had no problem with following behind. 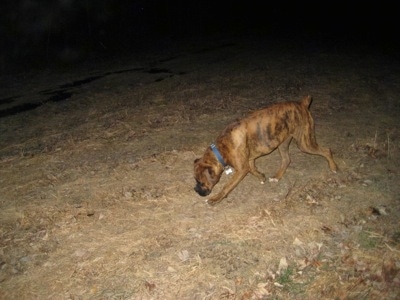 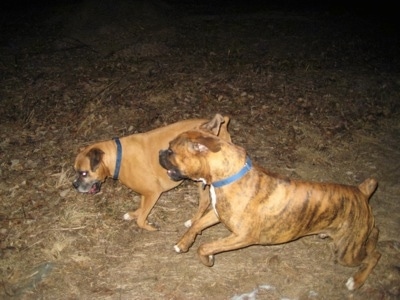 Bruno about to pounce on Allie... 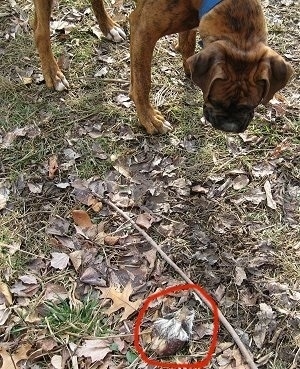 Out on a walk, Bruno finds the raccoon skull again! I obviously didn't kick it far enough the last time. "Bruno, leave it."

Eating Crap from the Ground 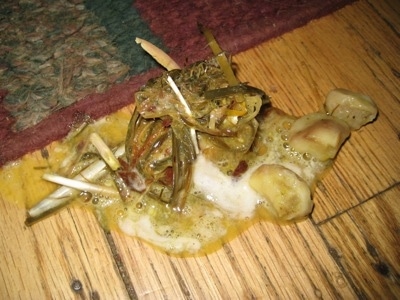 Bruno was lying in his bed, he got up, walked to the front door and lost it. He puked.... What was he eating this time? Let’s see, I spy some hay and straw, but I don't know what those nugget things are. Your guess is as good as mine. Lately when I have been putting hay out for the horses, Bruno starts eating the hay. Someone's got to explain to that puppy he is NOT a horse or a goat. I do feed him, BTW. He is offered dry food in the morning and afternoon, and gets dry mixed with a can at night.

I saw Bruno lift his leg to pee for the first time. He had been squatting like a female all of this time; took him eight months to pee like a male. The next time I saw him pee he squatted again, but we now know the male is in there somewhere.

Update from week 21—It’s been getting easier to make Bruno get up at night when he is tired. When he was younger I could call him until I was blue in the face and found myself dragging him out of his dog bed to make him stand up. Lately however, when he is tired and it's time for him to get up from his dog bed and move to his crate, I walk over to him, give him the crate command, "Cage" and he springs right to his feet and walks to his crate. I had decided I would no longer physically stand him on his feet when it was time for him to get up, instead I had started poking at him and making him do it on his own. Apparently that has worked. My lazy puppy gets up on his own. 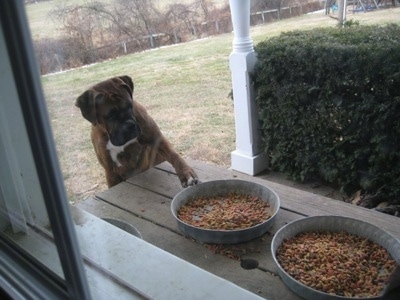 I am inside the house taking these pictures through the window. Bruno does not see me. What does he think he is doing? Could this be why the cat food pans often fall off the table? 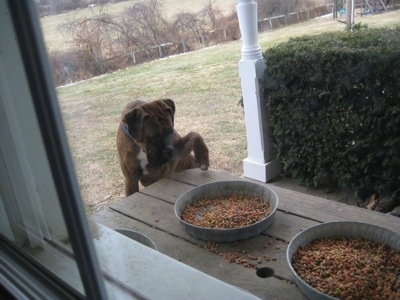 So, trying to drag the pan closer to the edge of the table didn't work, he could not quite reach it. 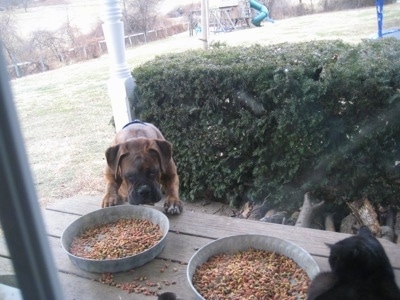 Now we are getting clever; he moves around to the front of the table. Notice the cat watching him. 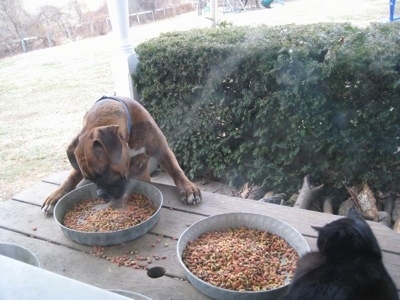 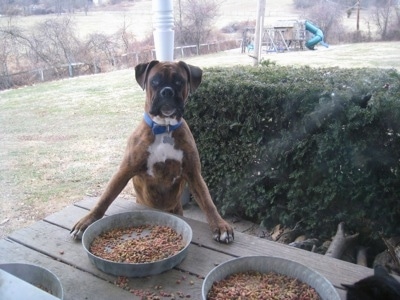 "YIKES! Did I just hear someone?!" Bruno jumps down from the table. He goes to the door, which is right next to the cat food table, and looks inside. 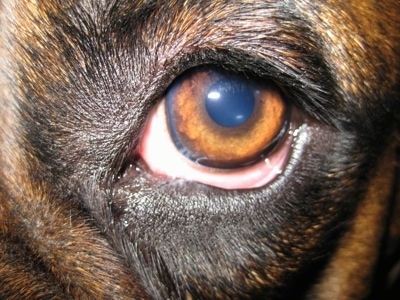 FYI, the ideal time to correct Bruno for jumping up at the cat food is when I noticed he was THINKING about it, but I just had to get those pictures :)