A day in the life with Bruno the Boxer. 2 years and 1 month old—102 pounds, 24 1/2 inches from the ground to the highest point of the shoulders (the withers). 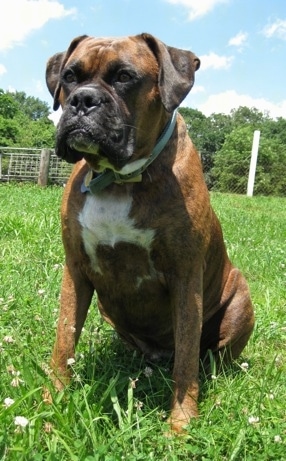 Budweiser the pony was born on Maguire Farm in the beginning of June. Amie took Bruno out to the pony field to visit with the little colt. 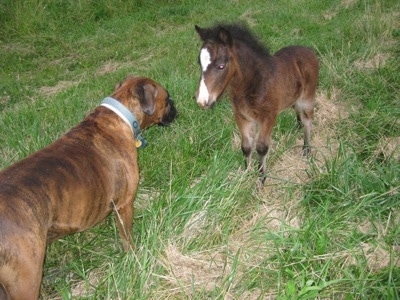 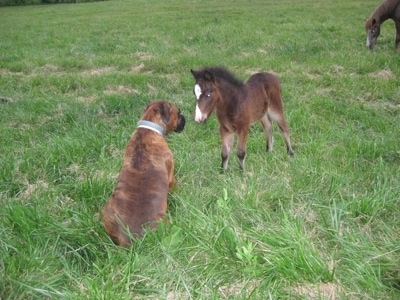 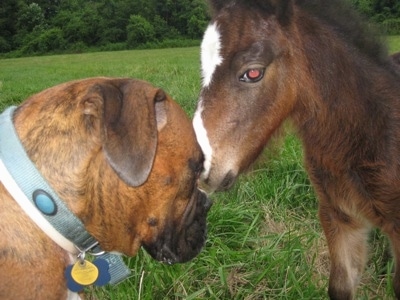 Here is a video clip of Amie and Bruno first walking up to Little Bud. 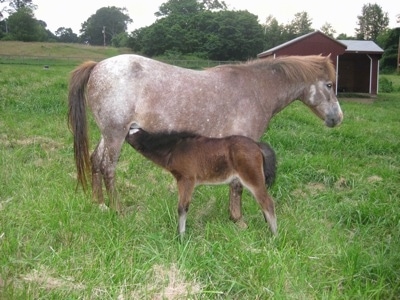 Little Bud grabbing a snack from his mother, Cupcake

Bruno gets into playing with Little Bud and starts to chase back. Since Bud is only 2 weeks old Amie decides that the game between then should only go one way until Bud is older. She gives Bruno a boundary by telling him he is not allowed to chase the little colt. In the game the colt is only allowed to chase him. Bruno accepts this quickly. 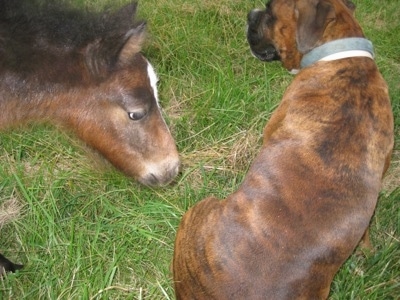 The next time Little Bud approaches Bruno, he does something pretty amazing. Bruno sits down with his back to the colt and allows himself to be smelled without any commands from Amie. Natural dog behavior 101: In dog language that means that Bruno was telling Little Bud that he meant no harm and was allowing Bud to get to know him better. It's a natural way for one dog to communicate to another that he is submitting to them. The really cool thing is Amie didn't tell Bruno to do it. He just did it on his own. 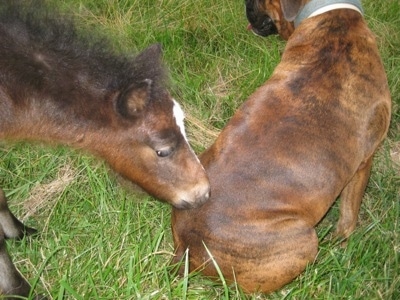 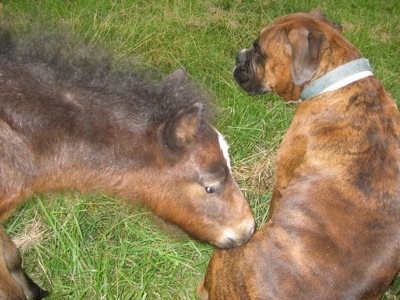 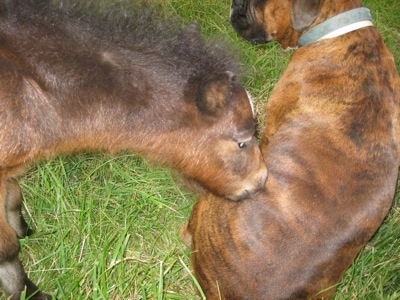 Bud starts to nibble on Bruno's back and he just sat there allowing it. These two are going to be good friends.

Video of Bruno playing with Little Bud, knowing he is not allowed to chase. For the colt’s mother to allow her pony to play with a dog means that she sensed the dog meant no harm. Bruno must have had some pretty good energy radiating from him. When Little Bud’s mother does not like who is around her baby she circles the baby, pins her ears and chases them away. Had Bruno been the least bit dominant the mother would have sensed it and chased him away. Animals can read the intentions of other beings around them. Notice how Bruno keeps sneaking bites of horse poop. I can't believe Amie let him eat that stuff! Gross!

Little Bud decides to chase Bruno around a bit more, but all Bruno has on his mind is eating that horse poop! 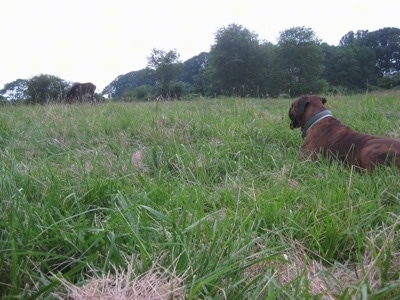 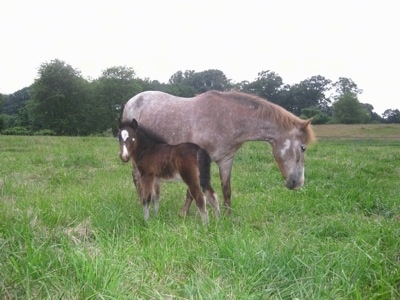 Budweiser the colt with his mother Cupcake—they are both ponies, not horses, although there are horses in the field as well.