Raising a Puppy: 32nd week in his new home

A day in the life with Bruno the Boxer puppy. Bruno's 32nd week—38 weeks old, 81 pounds, 24 1/2 inches from the ground to the highest point of the shoulders (the withers). 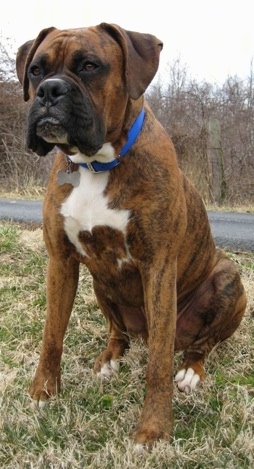 8 1/2 months old, sporting the larger collar we got from Tobin's Feed & Seed. 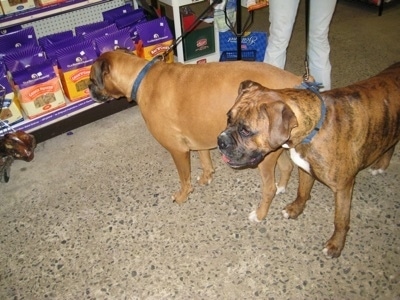 Bruno looking around Tobin's Feed & Seed to see which bone he thinks he would like to have. 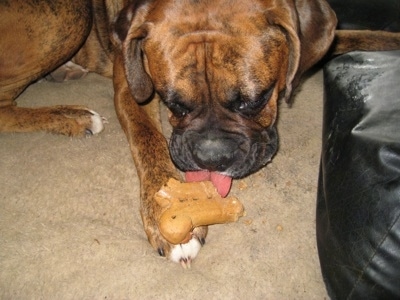 Bruno, you lucky pup, they gave you a giant biscuit for free. Did you charm them with your looks? ;-) 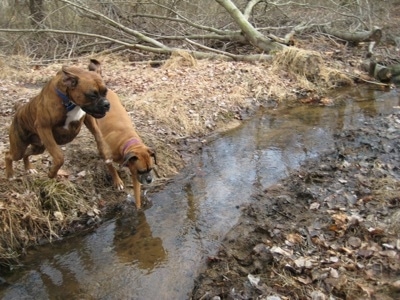 Out on a hike, while Allie thinks about carefully walking through the cold water, Bruno decides he's going to jump it! 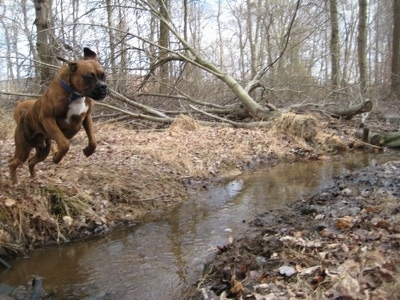 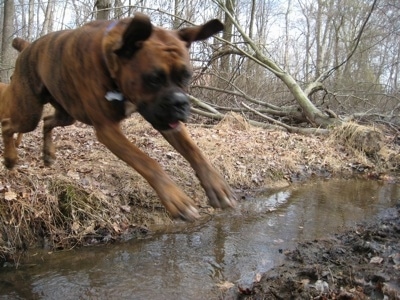 About to land in the mud! 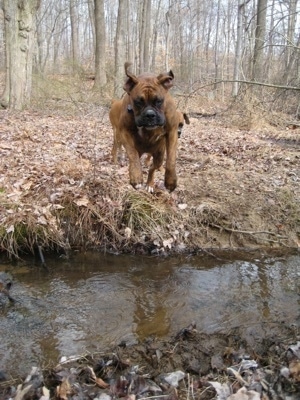 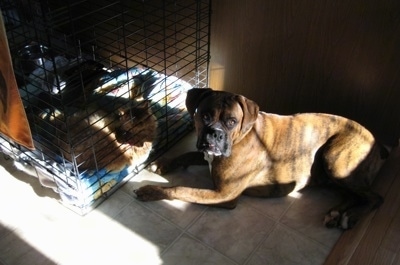 Bruno hanging out with Waffle the cat, who took over his crate after he developed frostbite from a scrape on the back of his neck. No idea how the scrape happened. It looks like he squeezed through something that shaved the top of his fur off?? Possibly grabbed by a fox?? The scrape on his neck was wet from other animals licking and from the cut itself. Wet and cold weather do not mix. Waffle has to spend some time indoors under supervision. 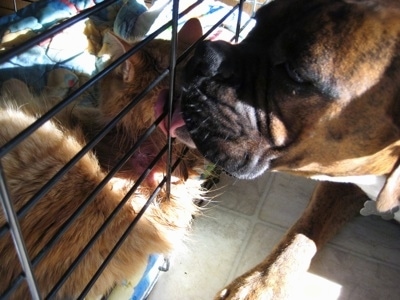 He licks Waffle's wound, which is actually good for the cat. Dog saliva has a natural healing agent in it. This built-in germicide found in the saliva of a dog amazingly heals wounds in record time. Good boy, Bruno! 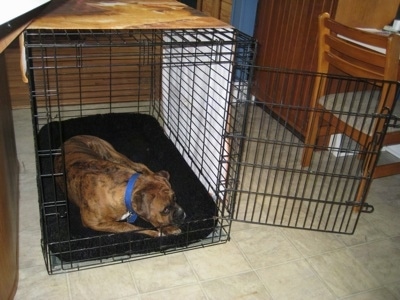 For the next couple of days temperatures will be above freezing, so the cat is able to go outside until it gets cold again. Bruno gets his crate back. After cleaning it out and putting Bruno's mat in it, he went into the crate on his own and went to sleep. Oh poor Bruno, did a cat take over your place? You have it back for two days. You were a very good boy outside of your crate.

Bruno Gets his Nails Done 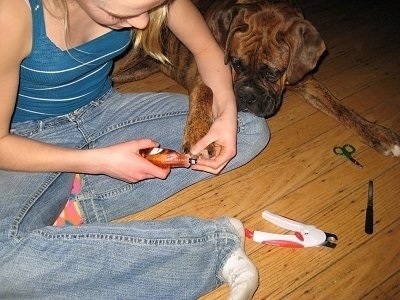 Time for Bruno to get his nails trimmed. First we cut them with nail cutters, than we file them with a dog Dremel Pet Tool. Bruno's not so sure about this, but he is told to stay and deal with it. 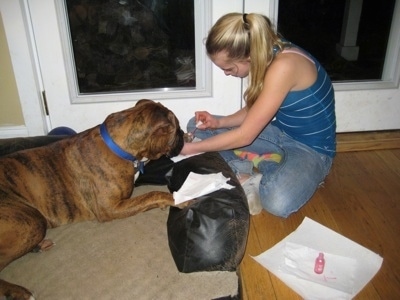 Oh you poor Bruno. Amie decided you needed your nails painted pink. Bruno's even more unsure about this, but he is told to stay and he listens like a good puppy. Amie, you could have at least picked blue, Bruno is a macho man. You are ruining his ego! 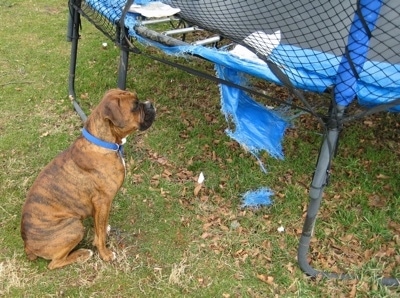