Raising a Puppy: 37th week in his new home

A day in the life with Bruno the Boxer puppy. Bruno's 37th week—43 weeks old, 83 pounds, 24 1/2 inches from the ground to the highest point of the shoulders (the withers). 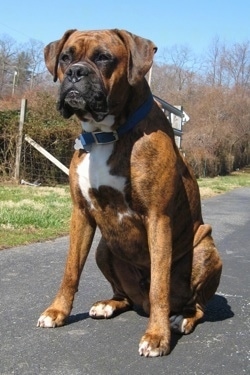 Bruno and the Gate 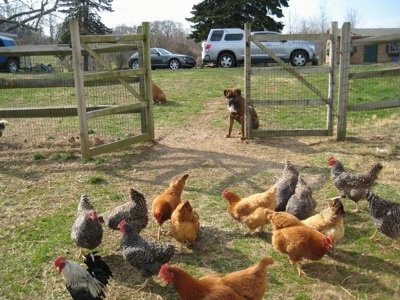 Bruno has gotten very good about not going into off-limits areas unless invited in. One of these areas is the gate going into the larger chicken yard. When I open the gate his first reaction is to stay. I can open the gate and he will not come in unless I tell him to come with me. I can even leave the gate open while the chickens are out and tell him to stay. He patiently waits on the outside of the gate for me to return. 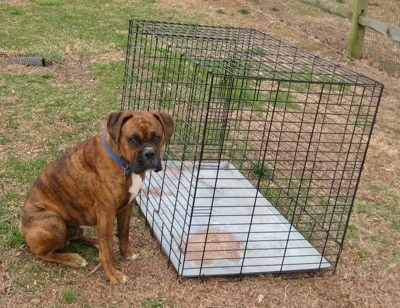 Well, it's been four and a half months since Bruno has gone to the bathroom inside the house and it's been about a month since I have locked him in the crate. He's been a very good boy without it. So, we decided to put the crate away. So long as Bruno gets his daily walk, he’s very good inside the house. "Bruno, I realize you rather like your crate, but I like having my kitchen back! You'll just have to sleep in your dog bed."

Bruno after a Quad Run 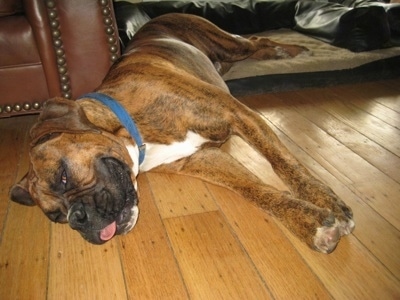 This is Bruno right after what was described as the "longest run of his life." Bruno went out for a run, chasing after the quad. They hit every trail in a full-speed run. Oh yeah, what is that they say again? "A tired pup is a good pup!" And this is one good pup! :) 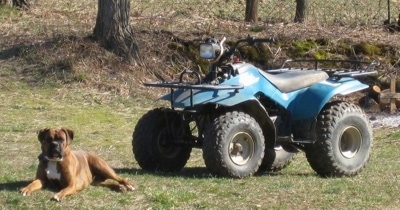 Bruno happily lies near the quad waiting for someone to take him out for another run.

Six Hours Outside his Crate

It's Easter and we have to leave Bruno for about six hours while we visit with relatives. His crate was packed away in the barn the day before. Hmm, a bit scary, but we're going to give it a shot. All of the Easter candy needs to be put up so he does not get into it. Our best chances are to tire him out before we leave so he'll happily sleep while we are gone and not snoop around looking to get into mischief. 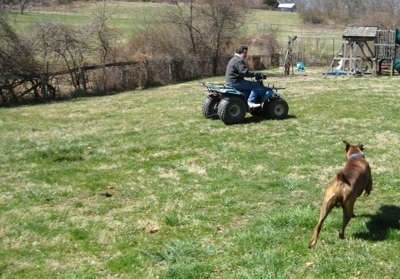 Bruno went out for a short quad run in the morning and he and Allie for a walk in the late morning. Right before we left he went for a longer quad run, once again hitting every trail–down the pipeline, all through the woods, and through the fields. 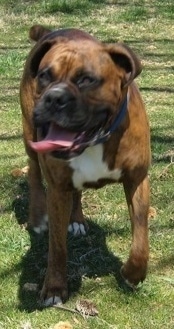 This is Bruno right after he returned from his run. He was tired, but happy! 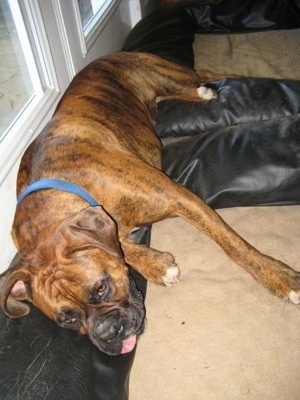 Bruno came into the house and plopped down on both dog beds. 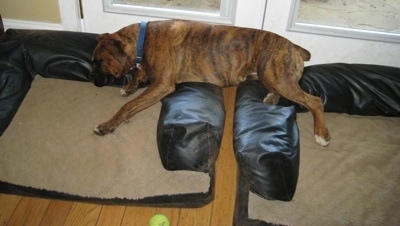 This is one pup who will be happy to lay around while we are gone.

Update: We returned home and not a single thing was out of place. What a good boy you were Bruno! Bruno went out for one more short walk after we got home and then was fed his dinner. He was done for the night. 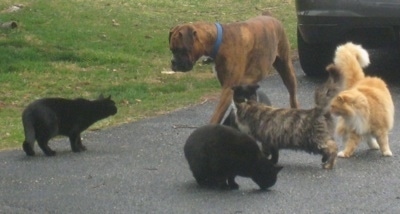 Bruno, you have quite a fan club going there. Those cats really seem to like you. 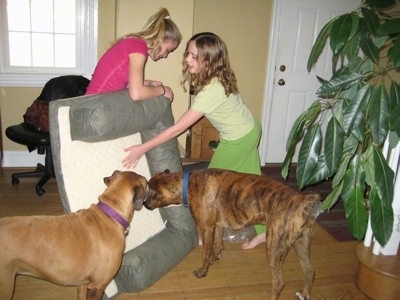 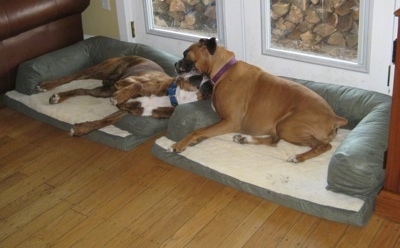 Yep, I do believe Bruno likes his new bed. He plopped down on it and started harassing Allie as usual. 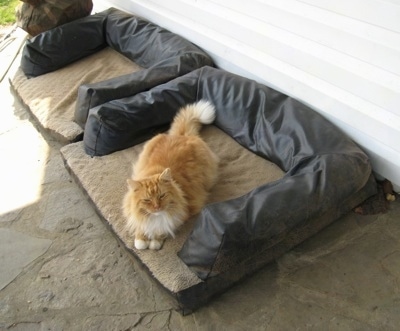 The old beds go to the cats. Pumpkin (AKA Lumpy) is the first to test them out. The second bed will go down into the barn for the cats. 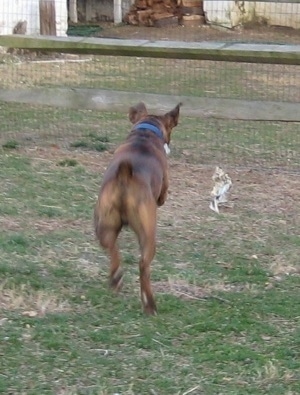 It was a really windy day. I looked out the window and suddenly I see Bruno run by chasing a newspaper that was blowing in the wind. 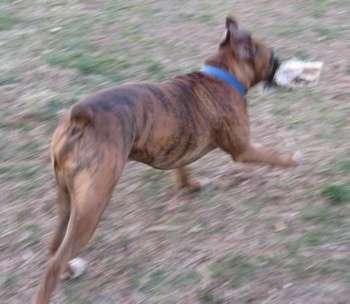 He'd catch it, toss it into the air, it would blow away again and he'd chase it again! I went outside to take a picture and he dropped it without me even asking him to. I think he's so used to me telling him to leave things alone. I thought it was a pretty funny game he had going, so I said "Git It!" Bruno chased it again and continued his game... 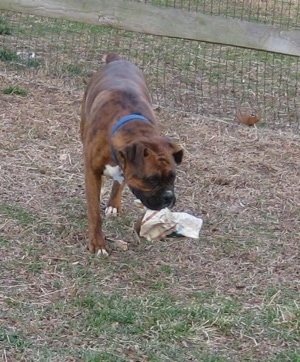 …until he decided he was going to rip it to shreds. At that point, I took it away because I didn't feel like picking up tiny pieces of paper. Bruno, you are one silly pup, that is for sure. 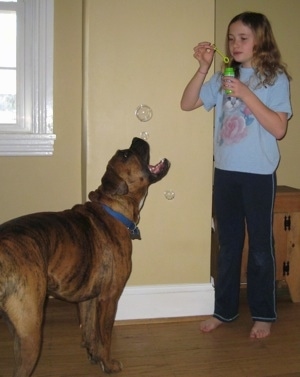 Bruno likes to try and eat bubbles when the kids blow them. 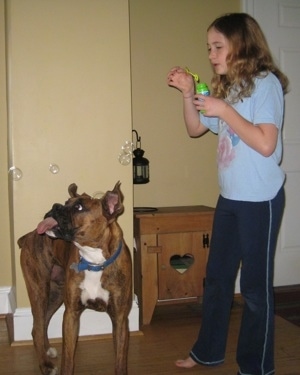 He's such a goofball.