Raising a Puppy: 38th week in his new home

A day in the life with Bruno the Boxer puppy. Bruno's 38th week—44 weeks old, 84 pounds, 24 1/2 inches from the ground to the highest point of the shoulders (the withers). 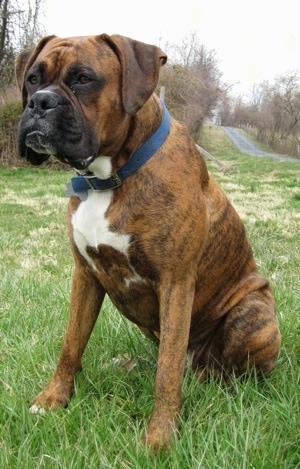 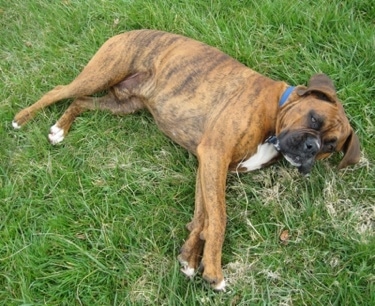 Every week I take Bruno outside along with a slice of cheese and get him to sit for his weekly picture. Today Bruno decided "Sit" meant "Lie Down" and the sucker kept lying down when I would tell him to "sit." You silly pup! Getting the 44-week-old picture took a little longer than normal. 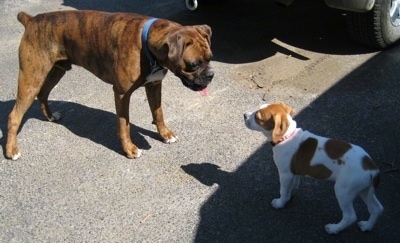 Bruno meets Darley the 12-week-old Beagle mix puppy. Darley was not all that sure about Bruno, and I don't blame her. Bruno is 83 pounds of clumsiness and he wanted to play. 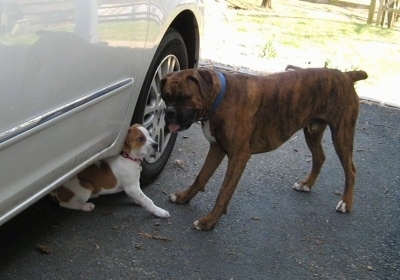 Good thing for Darley, she fit under the cars and Bruno does not.

Bruno looking for Darley. "Hey, come on out of there and play with me!" 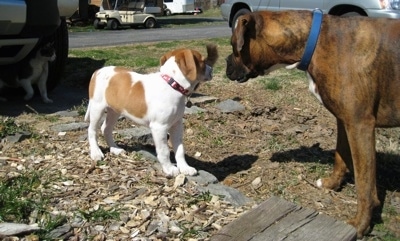 Bruno can get pretty overbearing with his play. He's a Boxer and he's all paws. I started telling Bruno to "Leave it!" which made Bruno, for the most part, back off from going after Darley. I wanted Bruno to be outside with Darley without starting an all-out rumble with her. 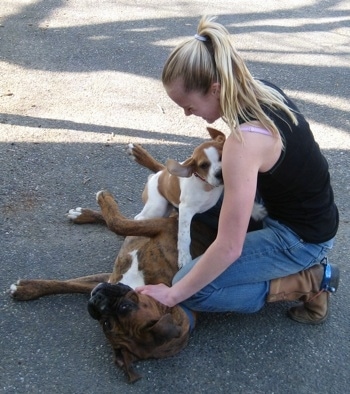 Amie decided to make Bruno lie down, and that is when Darley decided to pounce on Bruno! Darley had a great time on our long walk in the woods, and Bruno even left her along during the walk. Darley was one tired pup after that day was done. :)

See more of Darley the Beagle mix and her littermates.

Bruno on a Quad Run

Bruno still loves those quad runs. As soon as he sees someone climb onto the quad he perks up, hoping to be invited along for a run. 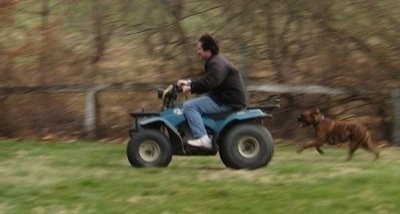 If the person on the quad slows down to a putt, Bruno will sometimes wander off the path, smelling around. As soon as the quad speeds back up, he's off again, chasing it with all his might. Bruno running next to the quad. 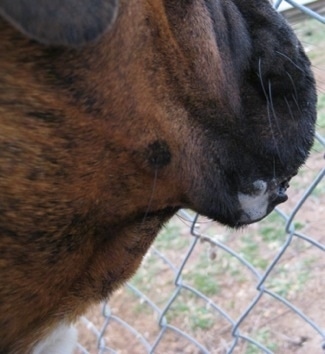 At 10 months old Bruno's face is becoming big and wide and his lips (dewlaps) are growing so much that he is beginning to slobber a bit. I have a feeling this is going to get a tad worse as he matures.

The secret’s out...this pup’s got a tongue problem! It's just so BIG and long he seems to have a hard time keeping it in his mouth. His tongue hangs out more when he's tired, and with all of the daily exercise Bruno gets, we are seeing that tongue often. 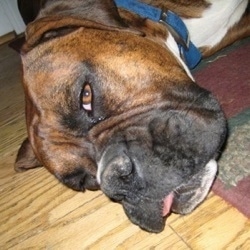 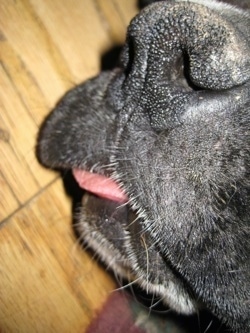 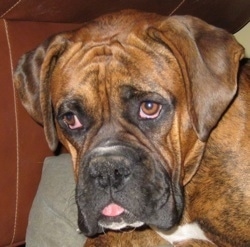 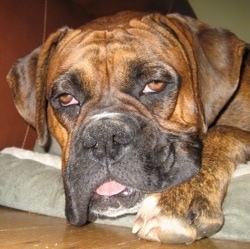 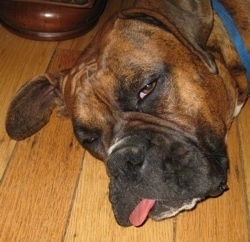 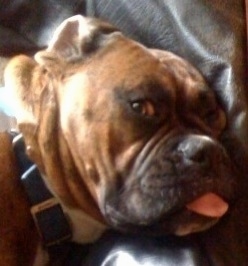 Bruno, I know you are tired because daddy took you out on a long walk today, BUT...we humans want to walk again and since you’re a dog with a walking instinct we know you'll be just fine with waking up and going for a spontaneous walk. Bruno went from what you …this...wide awake. This is Bruno and Allie when they realized we were going for a hike. "Want to go for a midnight walk through the overgrown fields?" Yes, they do! They are wide awake now! 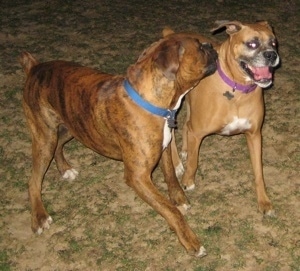 If someone were to have waken me up at midnight and suddenly taken me for a walk, all I would have been thinking (rather grumping) about is my nice warm bed. The wonderful thing about dogs is they live in the moment. Bruno went from exhausted, sleeping on his bed, to this...wide awake and happy to be out on a hike. He doesn't do what we humans would do, whine that we were all cozy in bed, yep, it's all about the moment, no dwelling about the past...and at the moment we were out on a hike in the middle of the night! Dogs don't care what time it is, they just love walks! It's instinct! 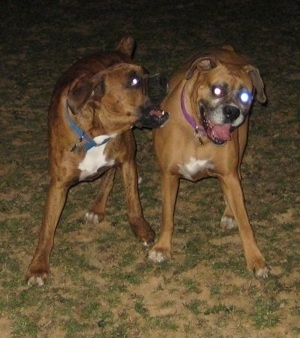 Oh yes, he was one happy pup! He and Allie both... 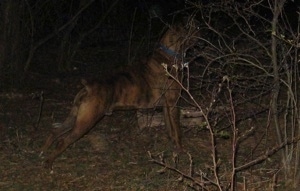 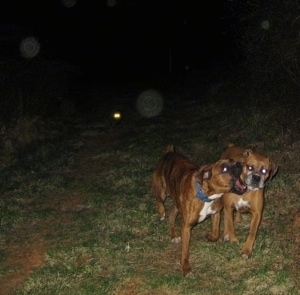 Bruno, do you ever leave your sister alone? 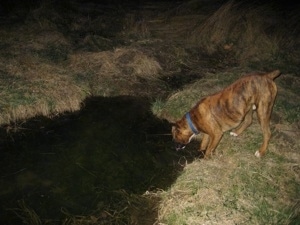 Stopping for a drink...

After the midnight hike, it was 1:30 a.m. and Bruno was so tired he missed his bed and slept on the floor :) Does this look like a pup that is going to get into the trash? I think not! "Bruno, drop It!" What the heck is that you found there??

Oh Bruno, where on earth do you find this stuff??