A day in the life with Bruno the Boxer. 4 years—90 pounds, 24 1/2 inches from the ground to the highest point of the shoulders (the withers). 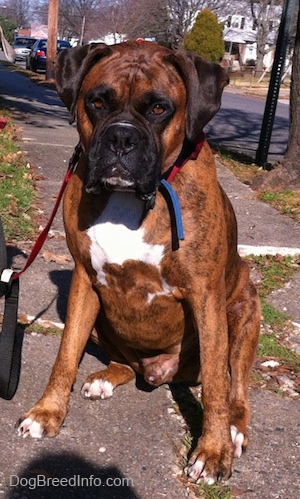 Bruno the goofy Boxer is a very submissive dog. This clip shows how his submissive gestures turn goofy. You silly weirdo! This is called the kidney bean and is a common gesture for the Boxer breed. 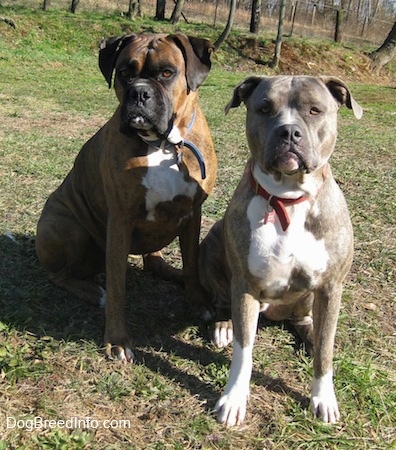 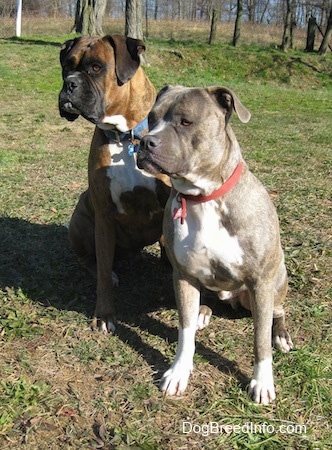 Spencer loves to hang out with Bruno.

Bruno the Boxer learns to say "hello." If you blow in Bruno's ear he lifts his paw near his face. Sara went with this natural behavior and taught Bruno to say "hello." She started off blowing on him and giving him a treat if he held his paw up for a few seconds tilting his head a bit. If he raised and lowered his paw without holding it she did not give him the treat. Bruno soon associated keeping his paw in the air with the food. He learned that the higher he lifted his paw the quicker he got the treat. After he caught onto this blowing and treat idea she started waving her hand at him and saying "hello" so he would associate the word and the hand wave with the behavior. After a while she was able to stop blowing on him and simply wave at him. This video was taken the day after Bruno learned it. Sara will continue practicing the trick until Bruno perfects his new sign language.