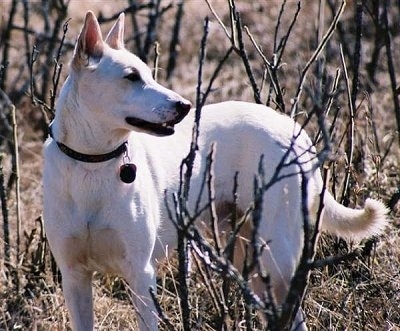 The Canaan Dog is medium-sized and squarely proportioned. The head is wedge-shaped with a shallow, but defined stop. The muzzle is the same size or slightly longer than the skull and tapered. The nose is varying shades of liver depending on the coat color. The teeth meet in a scissors bite; a level bite is accepted in the FCI standard but not the AKC. The almond-shaped eyes are slightly slanted and come in shades of hazel. The eye rims are varying shades of liver depending on the coat color. The ears are erect and mobile. The neck is well arched. The legs are straight. The tail is set high and may be carried over the back when the dog is excited. The cat-like feet have hard pads. Dewclaws may be removed. The Canaan Dog has a double coat. The outer coat is harsh, lying flat with a slight rough and the undercoat is straight and soft, lying flat. Coat colors include solid black, tan, brown, sandy, red, liver, white, or in a patched pattern of liver and white, brown and white, black and white, with a symmetrical mask matching the color of its patches. Solid colors may have white trim on the chest, feet and tip of the tail. Note: the FCI standard allows solid white dogs, but the AKC and the Canaan Club of America standards do not. Dogs with red coats are either born creamy white and then darken or dark reddish brown and then lighten.

Not only does the Canaan Dog excel as a herder, but it has also proven itself in a variety of tasks involving dependability and obedience such as agility, tracking and herding trials. They work well as a team, but at the same time can think independently. Will respond to positive, motivational training if the owner mixes things up, but will get bored with repetition. This very intelligent breed can do exceptionally well in obedience. Devoted, gentle and loyal, they like their families. A naturally protective, independent guard dog as well as an excellent watchdog that has an instinct to defend their territory, the Canaan Dog will bark a lot if allowed to get away with it. He has a higher dominancy level and can be aggressive with dogs so he needs an authoritative owner who can communicate that aggressiveness toward other dogs is an unwanted behavior. Active, alert and docile, they are very friendly with those they know. They should be well socialized, preferably when young with both dogs and people, especially with children, as the breed tends to be naturally wary of strangers. In order to successfully keep a Canaan Dog the family must achieve pack leader status. It is a natural instinct for a dog to have an order in their pack. When we humans live with dogs, we become their pack. The entire pack cooperates under a single leader. Lines are clearly defined and rules are set. Because a dog communicates his displeasure with growling and eventually biting, all other humans MUST be higher up in the order than the dog. The humans must be the ones making the decisions, not the dogs. That is the only way your relationship with your dog can be a complete success.

The Canaan Dog will do okay in an apartment if it gets enough exercise. They are moderately active indoors and will do best with at least an average-sized yard. Its dense undercoat protects the dog from extreme temperatures, whether they be hot or cold—so it can live outdoors, but also makes a wonderful housedog.

This is a working dog that will not be happy just sitting around. They need a lot of exercise and mental and physical challenges, which include long daily walks, or a daily jog, along with herding exercises, a strenuous game session along with a challenging training session.

The Canaan Dog is a very clean breed with no doggie odor. It is easy to groom. Comb and brush once a week, taking extra care when the dog is shedding. This breed is a seasonally heavy shedder.

The Canaan Dog originated in the 1930s in the land of Canaan out of breedings of the wild dogs of Israel, which dated back to biblical times working as guard and herding dogs for the Israelites. Drawings of dogs which looked like the Canaan Dog were found in tombs that date back to 2200 BC. Arab desert-dwelling groups (Bedouins) still use the dogs for guarding their camps and sheep and for herding the flocks. The breed's founder, Dr. Rudolphina Menzel trained more than 400 Canaan Dogs to use in mine detection work for the Middle East forces. The dogs were able to detect mines better than any mechanical devices. In 1965 he imported four dogs to the United States by ship on the western shores. These first four imports had coat colorings of white with black masks and patches. Later imports introduced a variety of other color patterns. Some of the Canaan Dog's talents include search and rescue, war sentry, messenger, mine detector, tracker, herder, guard and a guide for the blind. The Canaan Dog was first recognized by the AKC in 1997. 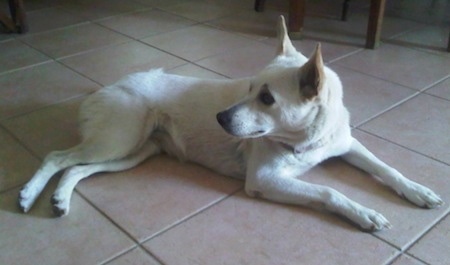 Lola the Canaan Dog from Greece—"A clever dog, sporty and full of energy. She barks a lot and likes to hunt cats and insects." 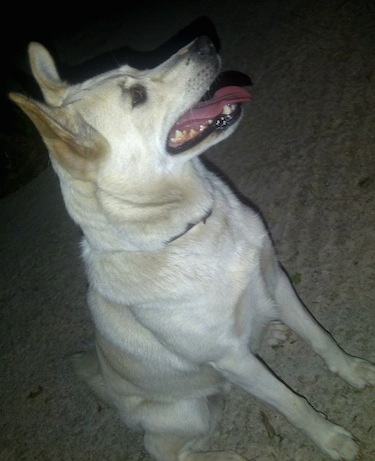 Lola the Canaan Dog from Greece

Lola the Canaan Dog from Greece 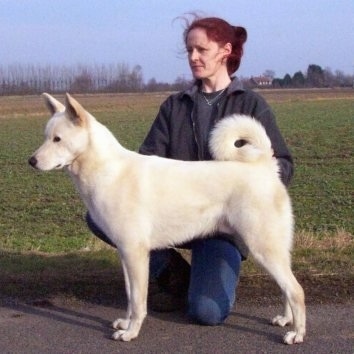 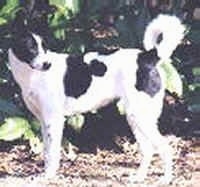 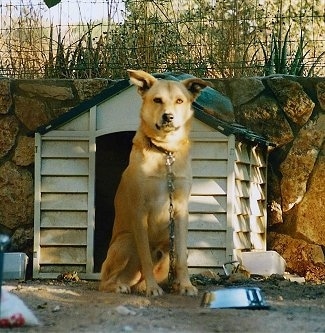 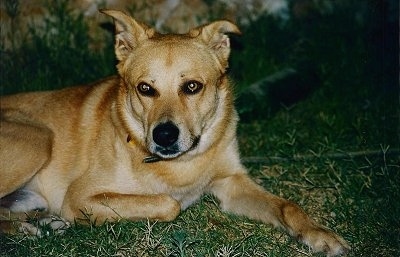 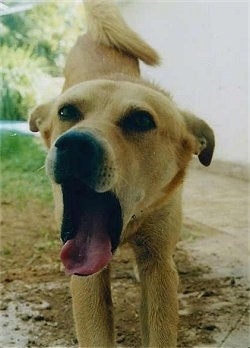 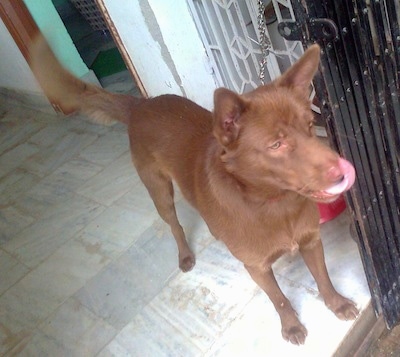