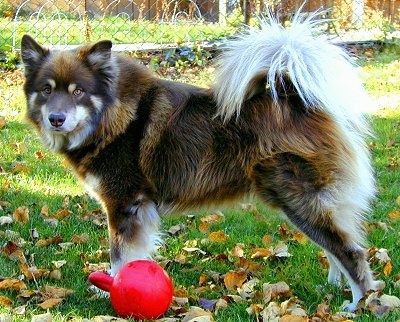 Fihtolas Wonderboy aka Dacey, a prized male Finnish Lapphund has made his UKC Championship in 2004. He was also selected Best of Breed in the first Finnish Lapphund Club of America Specialty event of 2005. 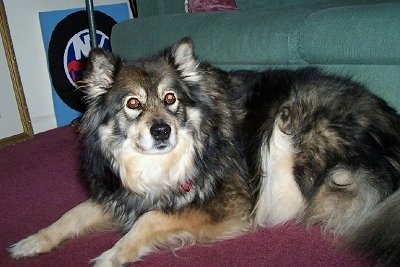 Roxy the Finnish Lapphund—"I took this photo on Roxy's 5th birthday. Although she can be a bit stubborn, I wouldn't trade her for anything. She is the sweetest dog and has the biggest personality; she always puts a smile on my face. I would recommend this breed of dog to anyone who has a yard and a lot of energy!" 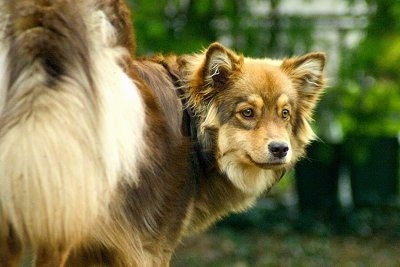 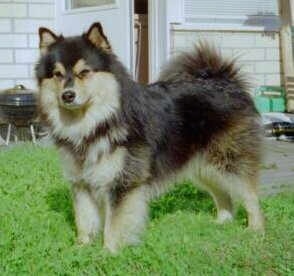 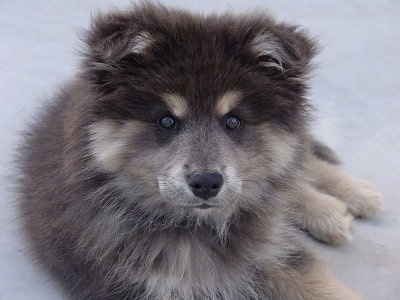 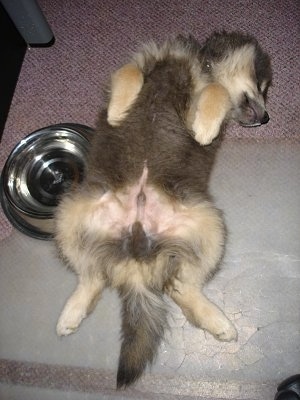 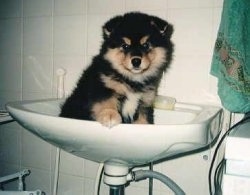 Finnish Lapphund puppy in the sink—Photo courtesy of Dino's Page