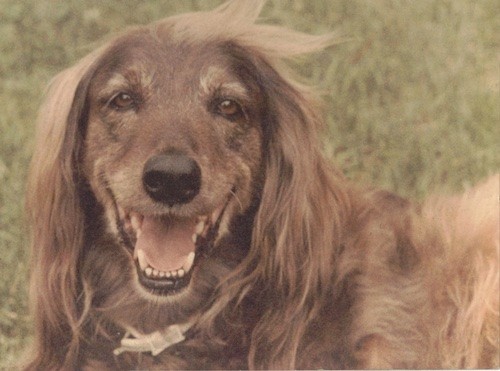 "Gladys was an Afghan / Irish Setter cross. There are too many amazing stories about her. That sweet faced dog fought with a bear and a mountain lion and kicked their butts each time! Like a good boxer, she kept moving in a circle, stayed out of range of their attacks, and exploited any openings to strike back. these were not long fights. The lion appeared to be very frustrated that it couldn't catch her. The bear actually looked at us with that "Help me" look in its eye! Gladys was a hunter extraordinaire. She could find, point and hold birds as well as any dog. She simply grabbed the birds and brought them back to me. She didn't bark or bay, but had an unusual sound. More of a bellow. My fear wasn't that she'd bite someone, but she would sound at someone, they'd have a coronary, and I'd be held responsible. A good guard dog and protector, if you didn't belong in the neighborhood, Gladys made sure you kept moving! When I would walk her, People would stop their cars, get out and offer to buy her. (You haven't got enough money to buy this dog!). After she died, and I buried her in the back yard, one of the neighbors complained that her grave was attracting raccoons and possums. I replied, "The reason you are seeing raccoons and possums is because Gladys ain't here to scare them away anymore!" Like I said, there are too many stories. Lassie, Rin Tin tin, Yukon King, and Strongheart were all actors. Gladys was the real deal! She was certainly my lifetime dog."

The Irish Afghan Setter is not a purebred dog. It is a cross between the Afghan Hound and the Irish Setter. The best way to determine the temperament of a mixed breed is to look up all breeds in the cross and know you can get any combination of any of the characteristics found in either breed. Not all of these designer hybrid dogs being bred are 50% purebred to 50% purebred. It is very common for breeders to breed multi-generation crosses. 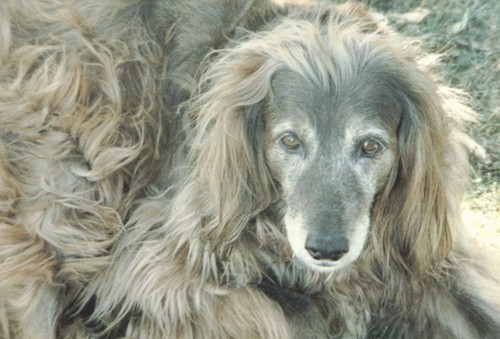 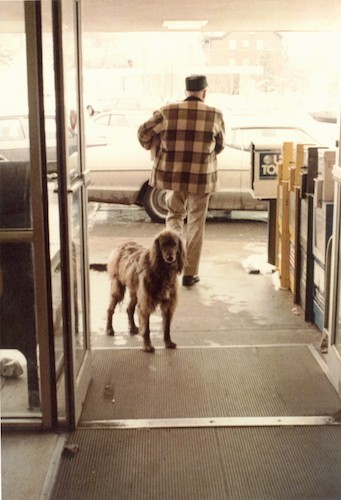 "Gladys was well known for standing on the pad of the automatic door and holding it open without going in." 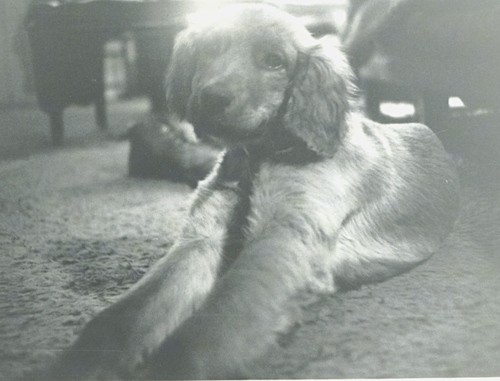 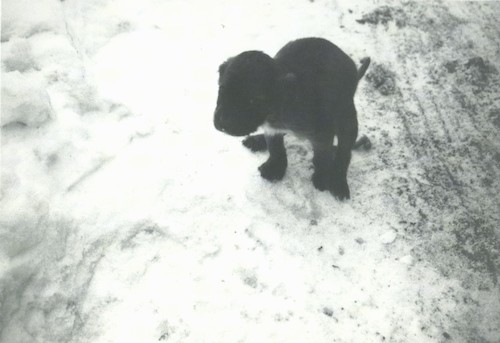 Gladys the Afghan Hound / Irish Setter mix breed dog as a young puppy doing her business in the snow.