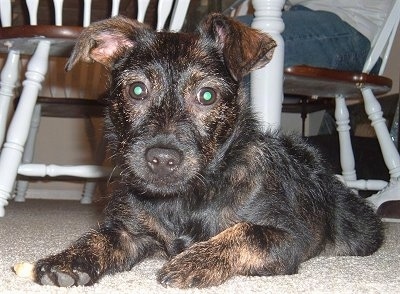 Jack the Jacairn (Jack Russell / Cairn Terrier mix) full grown—"Jack is a wonderful, fun-loving dog. He is not aggressive and gets along well with every dog and person he meets. He loves to play and is sometimes difficult to discipline because in the middle of scolding he will wag his tail and try to play with you. Jack is a great, kind dog!"

The Jacairn is not a purebred dog. It is a cross between the Cairn Terrier and the Jack Russell Terrier. The best way to determine the temperament of a mixed breed is to look up all breeds in the cross and know you can get any combination of any of the characteristics found in either breed. Not all of these designer hybrid dogs being bred are 50% purebred to 50% purebred. It is very common for breeders to breed multi-generation crosses. 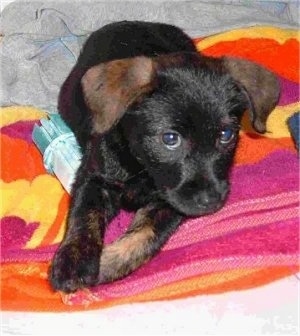 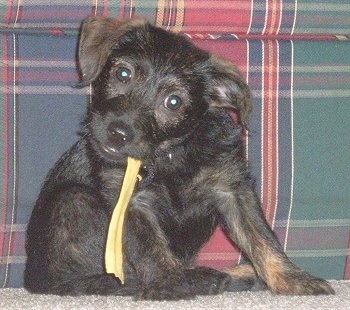 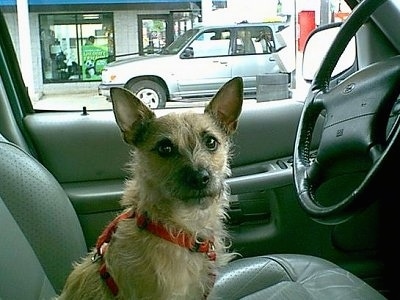 "I took this picture of Peanut when we were doing something she loves...going for a ride! Peanut is an exuberant 11-year-old Jacairn who loves life, her owners and anyone else she meets. The only creatures she isn't fond of are dogs that are bigger than her! She even tolerates the cats rubbing up against her and occasionally licking her ears. Peanut's favorite time of day is when she gets a treat or chew." 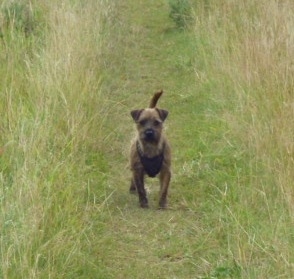 Benji the Jacairn at 1 year old—"Benji was very high maintenance as a puppy, very clingy. It takes a while for him to learn things but once he has, he does not forget. He is very loving and adored by all. He isn't very brave and lets his full Jack friend do the barking. He loves to run and chase things and will carry a stick for miles."