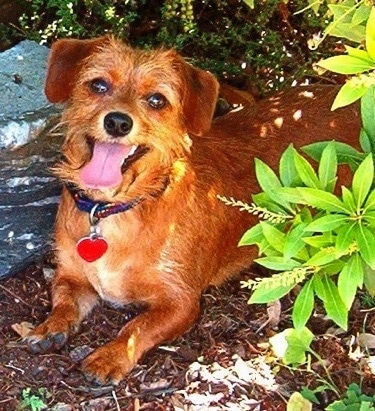 "This is my dog Rusty. He is 3 years old in this picture, and is a JRT/ wirehaired Dachshund cross."

The Jackshund is not a purebred dog. It is a cross between the Jack Russell Terrier and the Dachshund. The best way to determine the temperament of a mixed breed is to look up all breeds in the cross and know you can get any combination of any of the characteristics found in either breed. Not all of these designer hybrid dogs being bred are 50% purebred to 50% purebred. It is very common for breeders to breed multi-generation crosses. 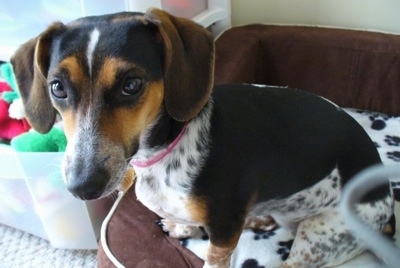 "My dog Millie is a Jack Russell / Dachshund mix. We call her a Jackshund. Millie is below average weight for a dog of her mix. While most Jackshunds are around 15-17 lbs., Millie is only 12 lbs. She is an extremely affectionate and well-tempered dog. She has a very loud bark, but only uses it when something scares her. She is just over one year old in these pictures. Raising her has not been difficult, but training her to not use the bathroom in the house has proven to be a challenge. She will occasionally go to the bathroom in the house but understands that, primarily, walks are the best time to go. She loves to play and run around with our other dog, Jester, who is a 2-year-old male Cockeranian. She loves playing fetch and running as fast as she can. She is energetic and athletic. Overall, I would say she received the best of both breeds." 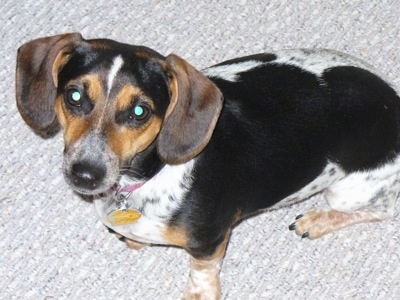 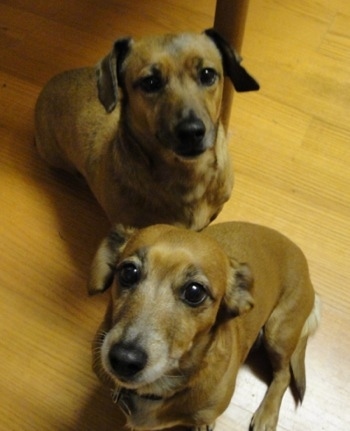 "These are my dogs, Mia and Mico. Their mother was a Jack Russell Terrier and their father was a Dachshund. Mia has a lot of her mother in her; she's always hyper and ready to play, but Mico has more of his father in him; he's a very calm, lazy dog. They are both ten years old and still act like puppies. They're also very affectionate when it comes to people, but soon as they see another dog they go nuts! All in all, they're great dogs and I love 'em to bits." 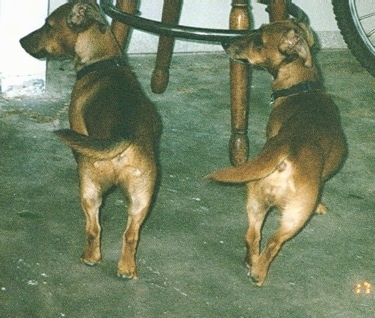 Jackshunds Mia and Mico—their mother was a Jack Russell Terrier and their father was a Dachshund. 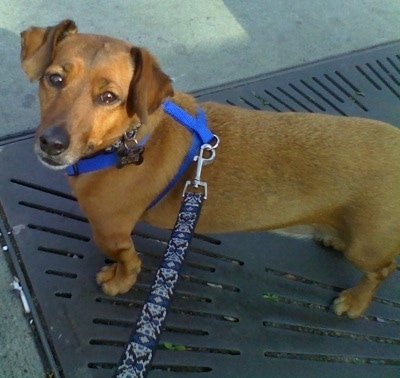 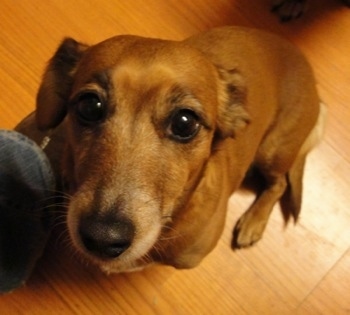 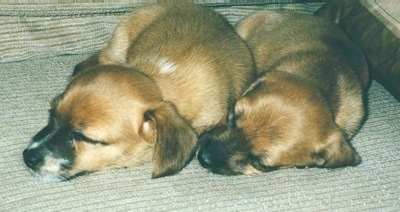 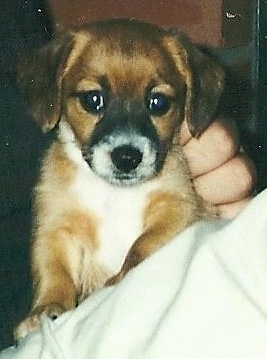 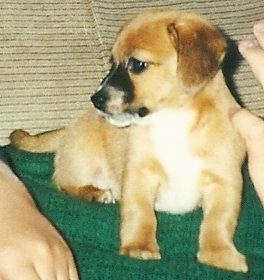