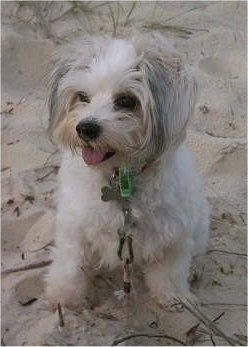 The Papitese is not a purebred dog. It is a cross between the Papillon and the Maltese. The best way to determine the temperament of a mixed breed is to look up all breeds in the cross and know you can get any combination of any of the characteristics found in either breed. Not all of these designer hybrid dogs being bred are 50% purebred to 50% purebred. It is very common for reeders to breed multi-generation crosses. 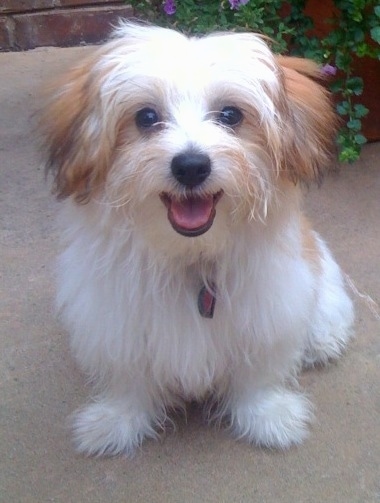 Gracie the Papitese as a puppy at 5 months old—"Gracie is the sweetest companion ever. However, from time to time she can be a little ornery. She demands some playtime from her owner and a reluctant cat. Her personality shines and is very animated. She absolutely loves everybody and is only a little shy around big dogs. She doesn't bark much at all, but will let her owner know if someone is at the door or if she hears something suspicious. Her fur was darker when she was little and became whiter as she got older. She goes to a groomer about every 6 weeks. If the fur is longer, it needs to be brushed out because it can mat up. By the time she was one year old, her ears finally decided to stay down. However, they perk up from time to time, which just adds to her personality. She is smart, but can be a little hard headed. Potty training took a while. Her eyes weep so we use Angel Eyes to help keep her face clean. She is a kisser/licker and we can't seem to break her of that. Overall, we just love her and she is part of the family! Her father was a Papitese and mother was an AKC full-blooded Maltese." 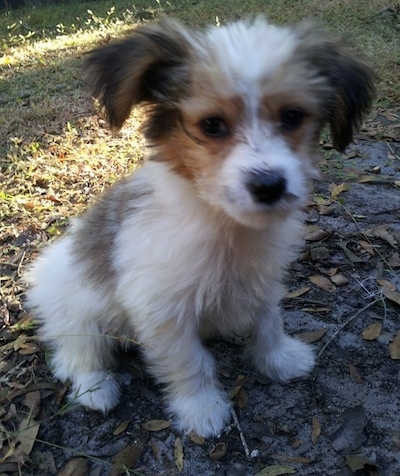 Misfit the Papitese puppy at 12 weeks old—"I found my puppy thru an advertisement. A woman could not keep him. Well, I took one look at his picture and knew he was mine! He would make the perfect therapy dog one day, I could just tell. Since bringing him home, he has been very easy to train. He gets along with my 2 other dogs and all the kids in the neighborhood. He even likes cats. He loves to play, although we are still working on the nipping. In puppy class he is one of the top students. I love him so much! While he is in my lap loving on me, he has no idea how soft he is and what a wonderful treat he will be to so many others. I know he will make a difference. :)" 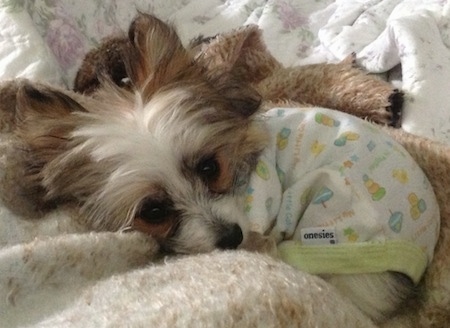 Tug the Papitese puppy at 4 months old—"This little guy is such a great pup! He's very cuddly and definitely fits the bill as a lap dog, but he can also be very active and playful! He is wonderful with children and other pets. I am so impressed with his personality! He's smart and easy to train. He seemed to be potty trained from the time we brought him home. He's adapted really well to our black Lab and Golden Retriever!" 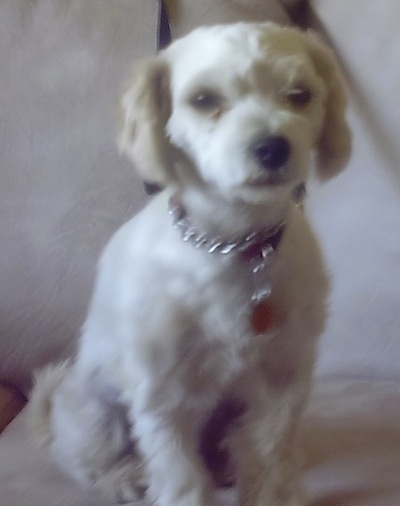 "This is Diamond. She is a 1 ½-year-old Papitese. She is a very intelligent, sweet girl. She likes to climb over the fence when her kitty friend is on the other side." 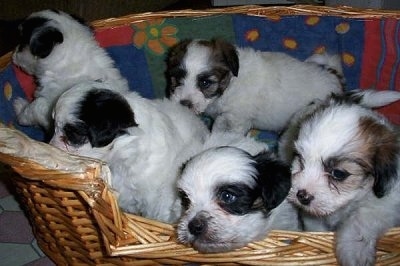 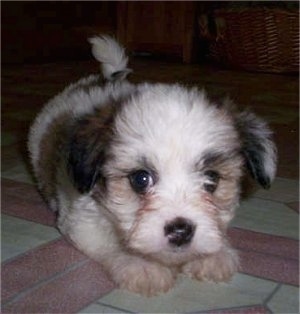 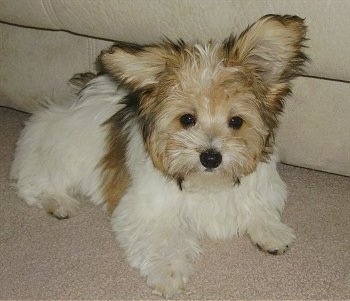 Bentley the male Maltillon (also known as a Papitese) puppy at 5 months old and 4.5 pounds—the mother is an AKC Maltese and father is an AKC Papillon. Bentley is from the same litter as Mollie, shown below. 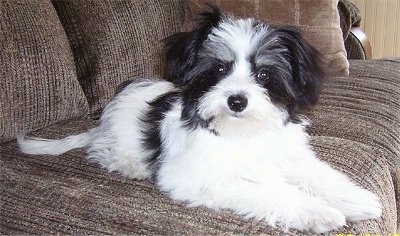 Mollie the female Maltillon (also known as a Papitese) puppy at 5 months old and 4.5 pounds—the mother is an AKC Maltese and father is an AKC Papillon. Mollie is from the same litter as Bentley, shown above. 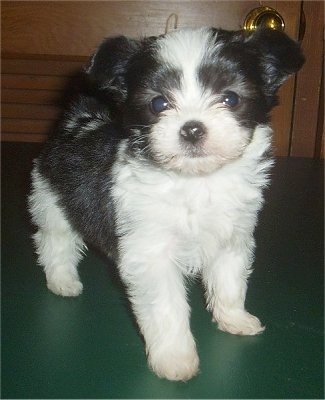