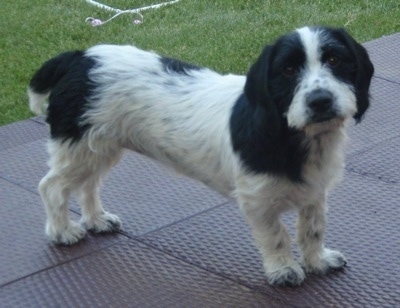 "Here is Charlie! She is a Scottish Terrier and Cocker Spaniel mix. She loves all dogs, especially dogs that are much bigger than her. She loves people, but when she has the choice she would rather be around other dogs. We crate trained her from the time we had her but at about 5 months it was no longer necessary. The only thing she has ever chewed was a single sandal of mine. Charlie would rather hide her treats then eat them unless it's peanut butter! She has been a true blessing and if I could find another like her I would snag her up in a second!"

The Scottish Cocker is not a purebred dog. It is a cross between the Scottish Terrier and the Cocker Spaniel. The best way to determine the temperament of a mixed breed is to look up all breeds in the cross and know you can get any combination of any of the characteristics found in either breed. Not all of these designer hybrid dogs being bred are 50% purebred to 50% purebred. It is very common for breeders to breed multi-generation crosses. 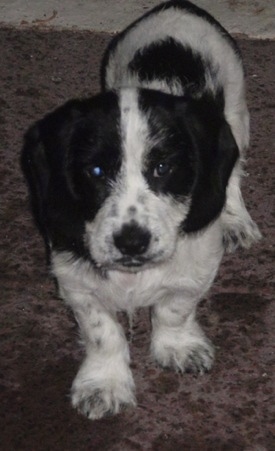 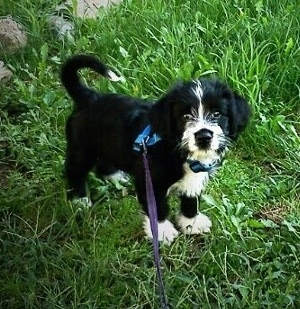 Vader the Scottish Cocker puppy at 4 months old—"We got Vader when he was a tiny puppy. He is playful and he is a bit hyper. He loves to play and chase/run around with the kids. He plays with our other dog well. He is a watchdog and barks when someone knocks on the door. He is crate trained and housebroken. He loves to dig and sniff. If I take our other dog out first, Vader will follow his scent to a T." 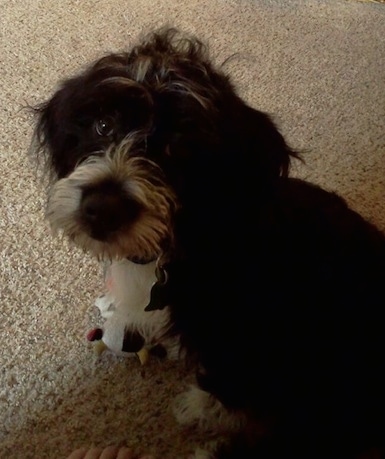 Vader the Scottish Cocker puppy at 6 months old—"He weighs about 20 pounds at 6 months. I have to brush him every other day or his fur gets matted. He is a very resilient dog, and loves to run!"