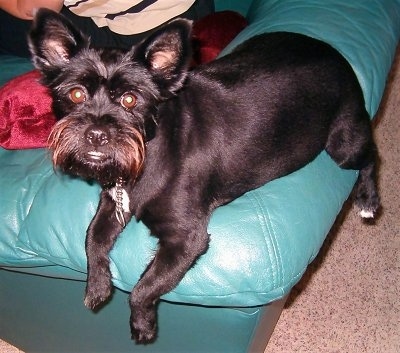 The Schipper-Poo is not a purebred dog. It is a cross between the Schipperke and the Poodle. The best way to determine the temperament of a mixed breed is to look up all breeds in the cross and know you can get any combination of any of the characteristics found in either breed. Not all of these designer hybrid dogs being bred are 50% purebred to 50% purebred. It is very common for breeders to breed multi-generation crosses. 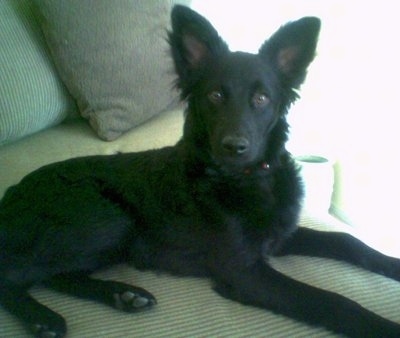 Pierre the Schipper-Poo (Schipperke / Poodle hybrid) at about 1 year old—"He definitely has characteristics of both breeds. He is such a blessing to have and I am so grateful he is mine. I wish I could find his brothers and sisters, because I would absolutely love to have another dog just like him. We check the site all the time and he watches the dogs go by on the screen with much delight." 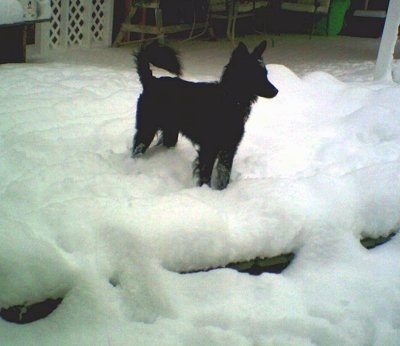 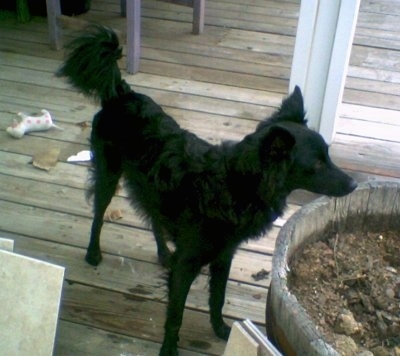