Yuemi the Alaskan Malamute / German Shepherd mix at 1 1/2 years old (left) with her littermate brother (right)—"Yuemi is often mistaken for a wolfdog. I can no longer take her for walks in the neighborhood from fear of animal control being called after another local woman had her wolf dogs forcibly removed by the city telling her that rabies was rampant in the area and wolf dogs were no longer allowed. Her brother looks pure wooley Malamute and I mean all Malamute so it's bothersome to have so many people accuse his sister of being a wolf. She's Malamute."

The Alaskan Shepherd is not a purebred dog. It is a cross between the Alaskan Malamute and the German Shepherd Dog. The best way to determine the temperament of a mixed breed is to look up all breeds in the cross and know you can get any combination of any of the characteristics found in either breed. Not all of these designer hybrid dogs being bred are 50% purebred to 50% purebred. It is very common for breeders to breed multi-generation crosses. 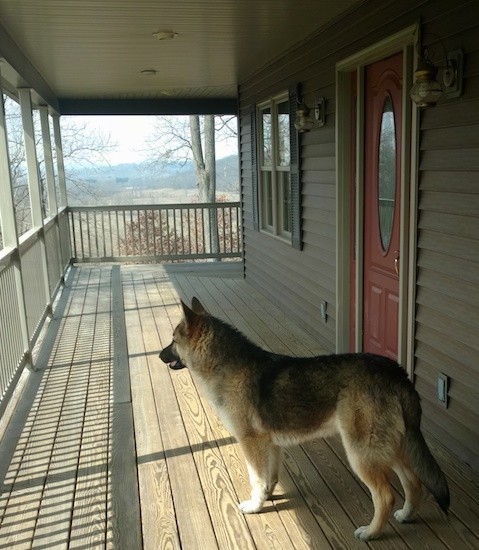 "Zeus is a 1-year-old German Shepherd, Alaskan Malamute mix. He is very energetic and well mannered. He is very gentle with children and protective of the whole family." "Champ is a 10-week-old German Shepherd x Alaskan Malamute mix. He is very loving and great with our kids as young as 2 years old. He is very calm and we couldn't ask for a better puppy." Zeus the Alaskan Malamute x German Shepherd mix (Alaskan Shepherd) at 1 year old—"Zeus is an excellent temperament puppy. He is full of energy and very loving. An intelligent dog and very easy to train." 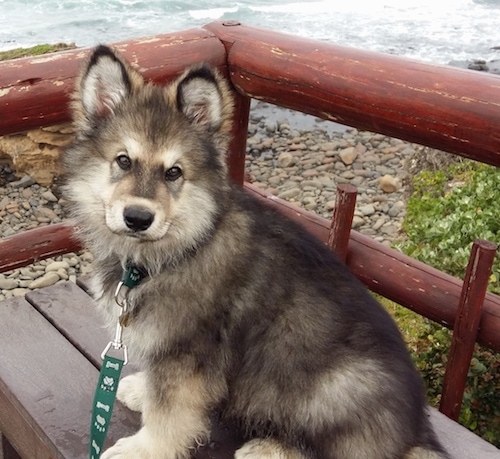 Fyodor the Alaskan Malamute x German Shepherd mix (Alaskan Shepherd) as a puppy at 12 weeks old—"Fyodor is a gentle, playful young pup. He howls like a Malamute and barks like a Shepherd. He loves playing with other pups and dogs as soon as he is familiar with them and his surroundings. He is very well house trained already and has not shed a hair in our home. He is very dependent on us for companionship and does not like being alone at all." 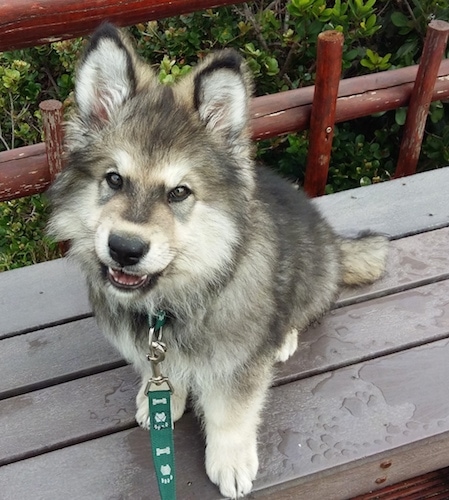 "This is Ben, my Alaskan Malamute / German Shepherd Dog at 8 months old. He is very big boned and strong. He gets a lot of exercise, loves to play and is friendly with people. Ben is very intelligent and is easily trained." Delta the Alaskan Shepherd (Malamute/Shepherd) mix as a puppy at 12 weeks old—"Delta is extremely intelligent, fearless, faithful and very stubborn. His prey drive is very high but living with a cranky cat is curbing that. An amazing pup who's growing (quickly) into an excellent well mannered Alaskan Shepherd who tends to howl at night." Delta the Alaskan Shepherd (Malamute/Shepherd) mix as a puppy thinking the refrigerator is a cool place to hang out. 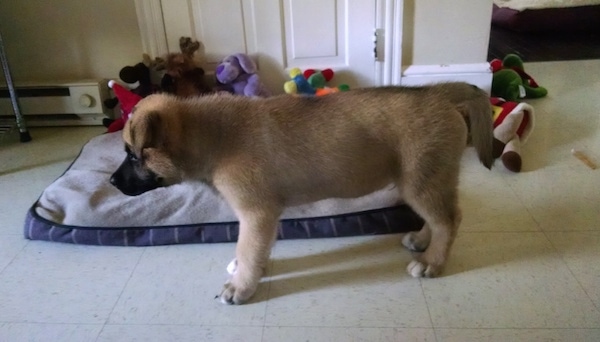 Delta the Alaskan Shepherd (Malamute/Shepherd) mix as a puppy Naomi the Alaskan Shepherd at 5 years old—"Naomi is an Alaskan Shepherd or an Alaskan Malamute / German Shepherd cross. She is a very intelligent, mostly well-behaved dog who can be stubborn at times when it comes to learning commands, but she is very well housetrained. Naomi adapts well to new environments, proving this when we moved from the country to an apartment nearly 200 miles away. She loves car rides and going places. She is very people-oriented and is good with children and cats, but she likes to establish her rank with other dogs before accepting their presence. She can be a bully, but is not really dog-aggressive. This dog is not very playful with other dogs, but loves to play with people. She displays many Malamute behaviors and some Shepherd behavior. She rarely barks, but instead makes the "woooo" talking sound Malamutes make and she howls when sirens are heard. She has some protective behaviors (will growl at suspicious people when being walked at night), but she probably wouldn't keep a burglar out of the house if I was away. Her appearance and size, however, deter many people from coming too close without asking. She can be mischievous, but she is generally laid-back as long as she's walked several times a day. She is very clean and grooms herself like a cat. She sheds A LOT all year long. She is a large dog, around 83 pounds. Naomi was diagnosed with hip dysplasia when she was a year old and it had already caused arthritis." 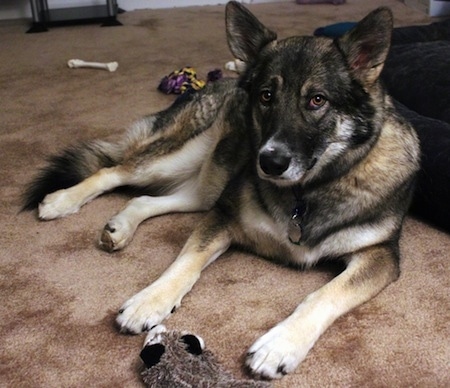 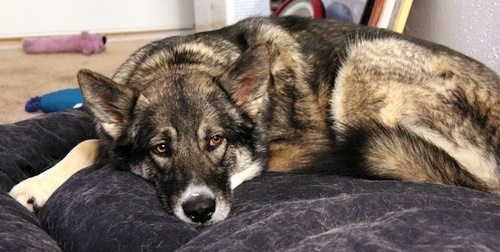 Adult Alaskan Malamute / German Shepherd mix—"Our Malamute x Shepherd is calm, gentle, affectionate and sometimes obedient, but very clever and great with our 3- and 5-year-old kids. The only bad point is he sheds a huge amount of fur, but that may be due to the heating inside our home." 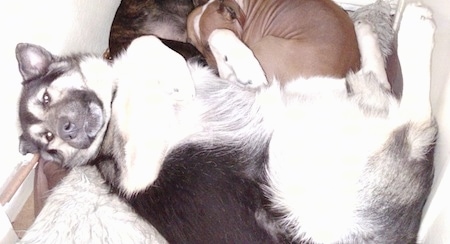 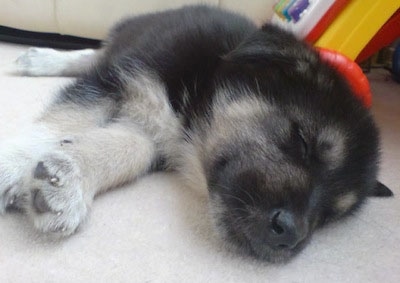