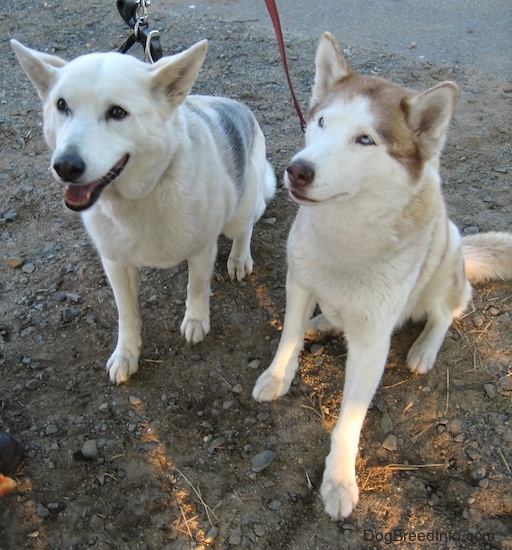 Alaskan Husky(left), Siberian Husky(right); they both actively enjoy sled pulling and pulling their owner on skis.

Crosses between the Alaskan Husky and the Siberian Husky are called Alaskan Amerindian Huskies. This type of Husky was started in the 1970s. 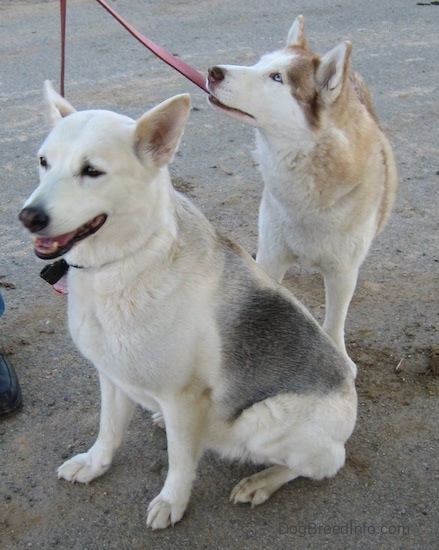 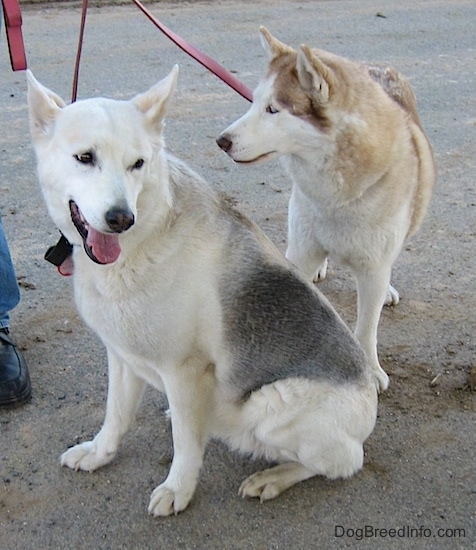 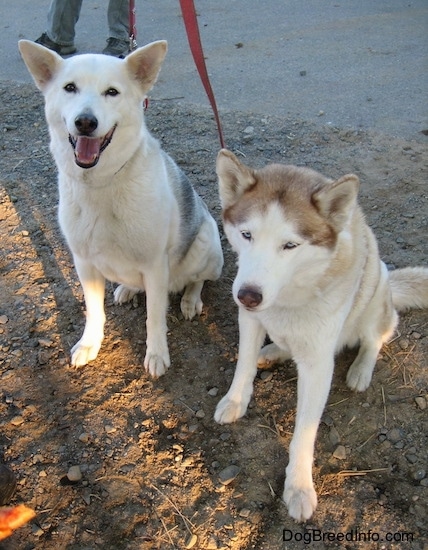