Not kept as pets, Information and Pictures 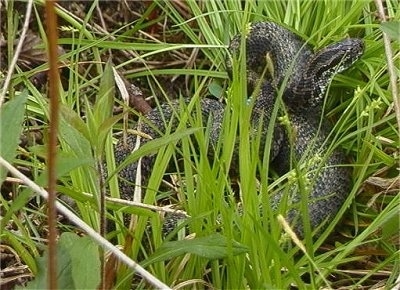 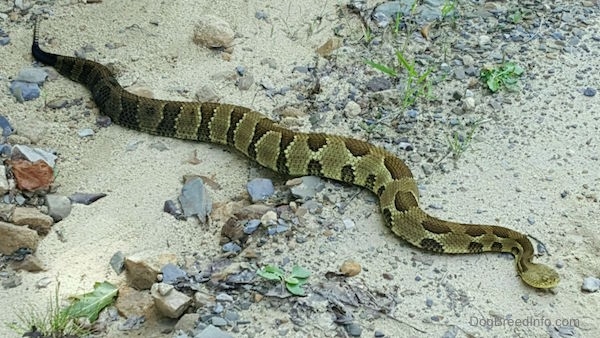 The Eastern Massasauga rattlesnake is one of two rattlesnakes that is native to Ohio and can be found along most of the eastern coast. It is also known as the "swamp rattler" or "black snapper." As an adult, the massasauga is usually two to three feet in length. Breeding takes place in the spring and the fall. In late August eight to 20 young are born. Massasaugas are ovoviviparous, which means that the young are not born from an external egg, but rather born live. Newborn snakes are about the thickness of a standard pen. These snakes are usually are born beneath wood piles, logs or in abandoned mammal burrows. Babies stay inside the nest for about 4 or 5 days while they shed their first skin. Massasaugas mature in 2-3 years and can live up to 14 years. This rattlesnake is now on the Endangered Species list. 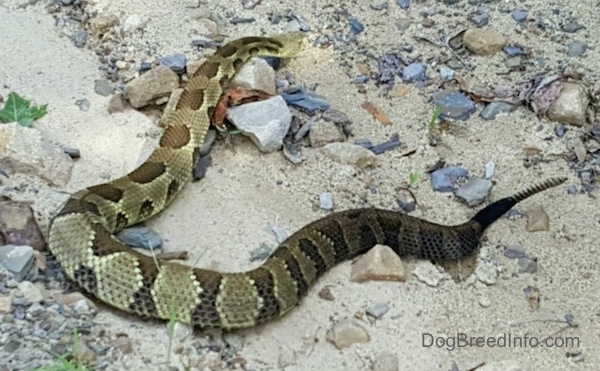 After cutting firewood we discovered this! A black rattlesnake. It is a good think it was a very cold day which slowed the snake down or the person who carried this log would most likely have been bit. Spotted in Central Pennsylvania, USA

Rattlesnake tries to hunt down a mouse.