Studies that suggest dogs have more human complexities than we think are just plain wrong. 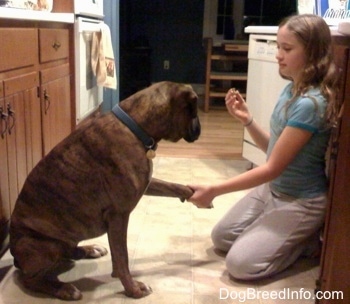 In a study put out by Friederike Range and colleagues at the University of Vienna in Austria and Paul Morris at the University of Portsmouth, they suggest dogs have a complex range of simple unpleasant emotions such as jealousy and pride, giving them a sense of fairness that has never been discovered before.

One should never mix their own emotions into a scientific study. Humans would love to believe their little balls of fur are also human, however they are not and never will be. It is studies like this one which can be very damaging, as they may make owners confuse dominance with emotion. Yes, the other dogs had a reaction when another dog got the food, when the new baby arrived, or when they were ignored, but the "WHY" is the question.

While dogs do possess emotions, they are not as complex as a human's. Dogs do, however, feel the emotions coming from humans. They feel our emotions as energy radiating from our bodies. The dog knows if you are sad, nervous, stressed, happy, calm, strong-minded, confident, passive, anxious, hyper, meek, etc. However, what we all need to understand is, a dog does not read negative energy coming from a human in the true meaning of the emotion. The dog simply reads negative energy as weakness and reacts accordingly. It is a natural instinct for a dog to have an order in their pack. When we humans live with dogs, we become their pack. The entire pack cooperates under a single leader. Lines are clearly defined and rules are set. Because a dog communicates displeasure with growling and eventually biting, all other humans MUST be higher up in the order than the dog; the humans must be the ones making the decisions, not the dogs. That is the only way your relationship with your dog can be a complete success.

Let’s look at the “why.” There can be many reasons for each of the following issues.

Why does a dog sometimes begin to act differently when a baby comes? This happens for varying reasons, depending on how badly the owners misinterpret their dog's actions. The dog may claim the baby, the dog may be confused about his place and he may sense energy from the owners that he never felt before that confuses him. The baby is a new pack member and the owners’ emotions change. The dog senses this and there are varying things that can affect his reactions: emotional, nervous or stressed parents, sensing jealousy from a human sibling, not accepting the baby into the pack, thinking he is higher up in the pack, not sure where his new place is in the pack, or owners sending the wrong or mixed signals to the dog. Things are different and the dog needs to be secure in his pack and see himself as lower than the baby. He needs to know the new rules regarding the baby from the minute the baby comes home. Problems can and will arise when the owners fail to communicate the dog's place among the new member. If humans become emotionally upset when the dog goes near the baby or near items which smell like the baby instead of calmly but firmly claiming space around the baby/items, communicating that the baby as alpha over the dog, the dog is going to react in ways he has never done before. This is not the same as human jealousy; it is a reaction to a new pack member and the wrong signals coming from the humans within the pack.

Another claim of the study suggests that dogs hate to see their owners being affectionate to other dogs. In reality, dogs do not possess the emotions of "hate" or "jealousy" this is the dog showing his dominance. The dog owns the human and does not want the other dog near their property. He may not want to allow another pack member in. One of the two dogs may sense instability in the other dog, or unstable emotions coming from the humans around them, which can cause a fight between the dogs. An imbalance in the other dog or humans around them will cause them to react, but not hate. A submissive dog with stable beings around him will share in the excitement of another dog, calmly say hello by smelling, or ignore the other dog altogether.

The study also suggests dogs are able to interpret fairness, as when one dog decides things are “not fair” and reacts by refusing to obey or getting emotionally upset. Dogs were asked to perform a trick and the dog's enthusiasm was lowered when they saw other dogs being rewarded with food but receiving nothing for themselves. Some of the dogs even turned their heads, refusing to look at the human or other dog. So why is this?

A dog that is doing a trick without food and notices someone else doing the trick using food with another dog in sight or smell range is suddenly distracted. He wants to eat the food too and he loses interest in the trick. It's a distraction and a learned behavior that he could be getting food for his action. It is also very possible the person doing the experiment sent off a different emotion (energy) to the dog during different parts of the experiment. The dog would sense this and react accordingly. 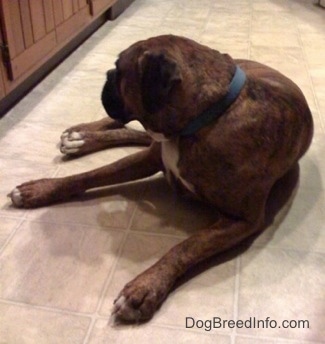 The dogs that turned away, refusing to look were not upset nor were they trying to get even in any way. They were, in fact, submitting to the other dog and/or humans. They were communicating their respect, as the leader eats first, and the others wait until the leader is finished. Eye contact is a challenge. Therefore, a dog who turns his head refusing to make eye contact with you is telling you he is allowing you to be his leader. This misinterpretation of the dog’s reaction is actually a very common and damaging one. When humans see their dogs turn away from them, refusing eye contact, the humans attach their own emotions to it and think the dog is upset or mad. They go over to the dog in attempt to "make up," offering sympathy and affection. The dog suddenly feels this human is weak and instinctually believes he needs to be stronger in order to "save the pack." He becomes alpha whether he wants the job or not because, in his mind, the pack needs a strong leader in order to survive.

Getting even for being ignored

It was also suggested that dogs that were ignored gave their paws much less often, doing so in only 13 out of 30 trials, and some showed more stress, such as licking or scratching themselves.

Now for the why—and this one seems a bit silly. Do we humans think the dogs enjoyed giving their paw over and over again? They do it for the reward of food or praise. No reward and the dog will not be motivated. But he's not mad or jealous and he is not upset because things are unfair. Sure the dog wants the other dog’s food, but he's not having a jealous fit. He's reacting. Give praise and he reacts to get more praise. Show food and he wants to eat it. He's just not as interested in the guy without the food. As far as the stress...if I were a dog I would be stressed too if I was with humans who were sending confusing vibes my way.

This study is actually really sad and damaging to dogs that come into contact with people who may believe what it says. We are not doing our fellow canine animals a favor by attaching our human emotions to them, confusing dominance and submission with human emotion. If we as humans do not take the time to learn a dog's instincts we will continue to see more and more unwanted dogs in shelters.

The number one cause of death for dogs today is euthanasia. A dog’s temperament is a direct reflection of his owner’s ability to understand him and give him what he instinctually needs. There are no bad dogs. Don't let your dog down!