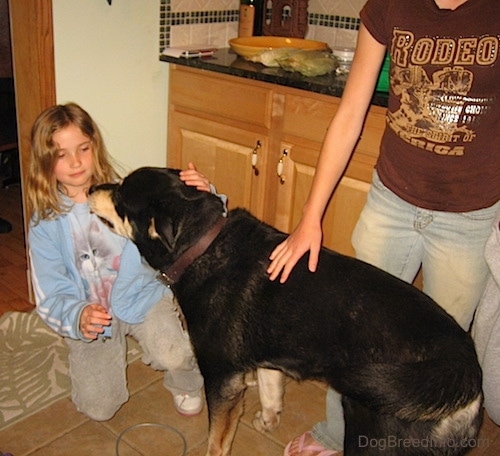 I often receive emails from individuals who have a dog gone bad, stating they are single handedly trying to get their dog to change for the better while the rest of the humans in the home change nothing. Often times other family members have already given up on the dog or do not think there is a problem.

A dog's temperament is a direct result of its owner’s ability to understand it and give it what it instinctually needs as a canine. When more than one human is living with a dog a single person in the house cannot completely balance out a dog alone if other humans continue to put out misleading signals. The dog sees the family as a pack, it's pack. In order for a dog who has developed behavioral issues to change every human in the house must learn proper human to canine communication. One person putting in the extra effort while no one else does will not convince the dog it is safe to change its behavior. A single person can make a difference in things such as lack of exercise and showing the dog some leadership, but to fully balance out a dog and/or to change certain unwanted behaviors it must be a pack effort.

Instinct tells a dog that in order to survive there must be a leader. When the humans do not act like leaders the dog may take over in order to save the pack, making up it's own rules. The dog thinks it is doing it to save the humans and keep them behaving. As a lot of people find out, a dog's idea of how things need to be is often not the same as what the humans think things should be like. In a lot of cases the dog does not want, or cannot handle the role of taking care of the unstable pack. As a result, the dog may develop issues such as becoming fearful, nervous, anxious, hyper and/or stressed.

If some of the humans in the home have already given up on the dog, the dog can sense it and it will act as expected. The conflict between family members sends mixed signals and confuses the dog. This often happens without the humans even realizing it, as they do not understand what exactly their actions mean in the dog's eyes. It's like one parent telling a child not to say curse words while the other encourages it by laughing.

The entire family needs to begin to properly communicate to the dog. They must talk about it and come up with plans and work together. It must be a group effort. It must be the whole pack (family). The dog may decide to try harder to be a leader at first, but when the humans convince the dog they are strong enough to handle things, the dog will begin to behave and even relax. There are no bad dogs. There are however, a lot of dogs who have owners that do not properly communicate and who do not put in the effort to satisfy the canine's natural instincts.