I was walking my pack of dogs around a paved path when I spotted another dog owner with their dog about 20 feet in front of them on a retractable leash. The person had a little Chihuahua. I pictured how hard it would be to pass by the dog with my own three dogs on their short leashes. It would be a tangled mess. So I moved up onto the grass bank to allow the lady and her dog to pass. However, instead of just passing by, she walked her dog straight to us leaving about a four foot distance and stopped as her tiny dog began to kick its legs, leaning forward, barking, snarling and growling at my own three dogs. The lady stood there looking at her dog as if that was just what he did and she was waiting until he was finished. My own dogs stared at it, pulling slightly on their leads towards the agressive dog. 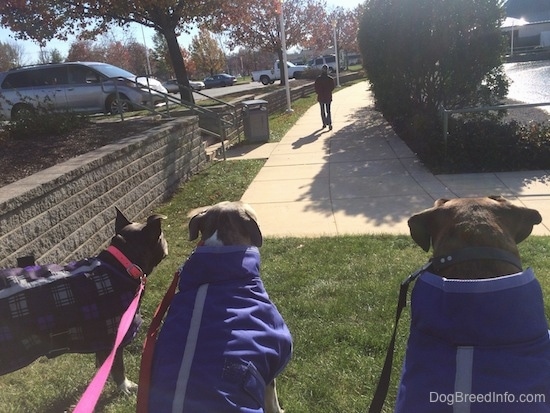 I said to the lady "Really? You're just going to stand there while your dog acts vicious towards my dogs?"

She replied "He only does this to big dogs." Yet she didn't back him off. She stood there while her dog continued to snarle and growl.

I replied "You know it's not really fair to my dogs to let him stand there barking and growling in their face."

And as her dog continued to snarl she simply replied "I know".

I said "Well stop him. It's not being nice to my dogs."

Again she said "I know" as she continued to do nothing about her dog.

I said "You're dog is going to get his head bit off."

Again she just said "I know" but this time she began to retract her lead back in to about 5 feet and turned and walked off. 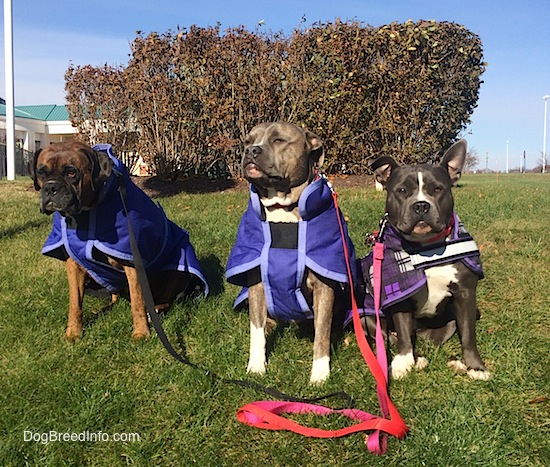 Allowing a dog to walk up to another dog face to face as it's tail us up barking and growling is no different than letting your child walk up to another child and yell, "I am going to kick your butt into next week! Do you hear me?! Do you want to fight with me?!" with their fist up in the air as their mother watches. Then the mother with the bully child casually telling the other mother that her child only does this to bigger kids. A human mother would rarely allow their child to bully another child in front of them, yet dog owners do it all of the time. They do not register what it means and how rude it is to the dog that is being growled at. I suppose that is why it is so common for a dog to misbehave, because dog owners truly do not understand their dogs. I do not believe this dog owner was trying to be rude. She just did not know what her dog was saying to the other dogs. She did not know that to a dog, size means nothing. She was simply used to allowing her dog to rule her and everything else around it. She had not walked away until her dog was finished cursing out the other dogs. It was, however, rude to take up 20 feet of a public walking path between her and her own dog, and that she should have thought of, but to the dogs that was not an issue. What the bigger dogs saw was that another dog was harassing them. What the little dog saw was that he was allowed and even encouraged to be vicious.