Should they be used? 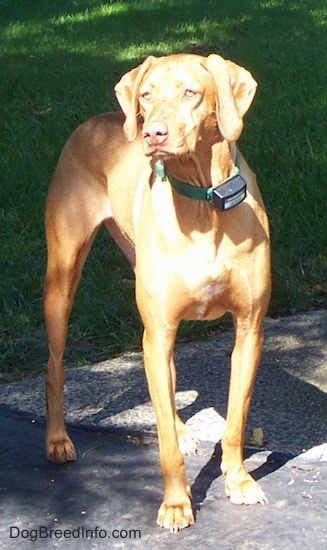 I have a dog who barks a lot, which bothers the neighbors. I put a bark collar on her. The collar goes off every fourth bark, but it does not seem to be working. My dog just barks and freaks out when I leave her. Why is the collar not working?

I do not believe in automated dog training collar such as bark collars. It is very easy to confuse a dog with a correction collar. Sometimes to the point where it could be considered abusive. Automated collars can be very damaging as the correction often goes off at the wrong time causing a dog to live in fear, never knowing when or why it will be corrected. This can leave the dog with bad side effects. Whatever the dog is doing at the exact moment of the correction combined with what the dog is thinking, is often what the dog thinks caused the correction. The dog may become fearful and skittish. For example, for a bark collar to correct at the fourth bark is very confusing. What about the first three? There is no consistency. What if the dog was thinking about its paw itching as it let out the fourth bark? Or was walking away from the door or fence as it made a bark sound, but was then corrected for retreating. Suddenly walking away is bad. What if the dog yelps because it hurt itself? The collar might mistake it for a bark. Without good human judgement the correction can psychologically damage a dog. It could even cause a dog to be afraid to be alone because it associates being alone with the correction, confused about why it keeps happening.

The manual training collars can also do the same type of damage, but can sometimes be useful with a human who is 100% positive they understand the dogs body language and exactly when to apply the correction. An example of a time when a manual training collar may be acceptable is, a dog about to kill a cat, dog about to chase a cat, dog is thinking about chasing a cat. In a case such as this the human often cannot get to the dog in time to stop the death of the cat. If the dog is in a "hunt the cat zone" when the human grabs the collar of the dog to stop the kill, they risk a redirected bite from the dog, who is not thinking, just reacting to the excitement. 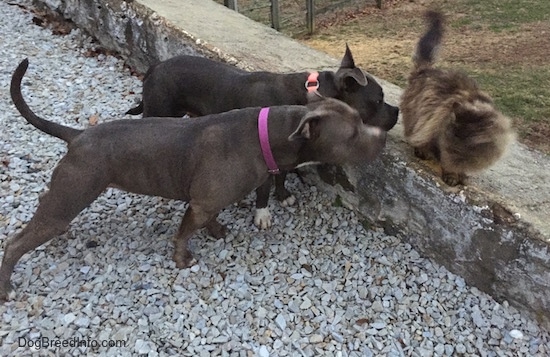 This picture shows an example of dogs who have chased cats in the past, however at this moment they mean this cat no harm. They are stretching forward trying to carefully smell the cat. Had the dogs had correction collars on, this would definitely NOT be the time to give a correction or you would be telling the dogs calmly smelling the cat is bad, which would be a good way to confuse them. 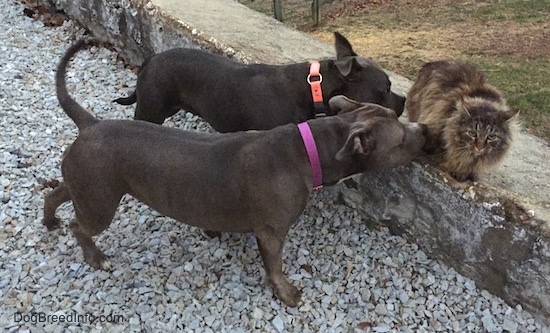 The dogs mean the cat no harm. The goal is for the dog to live in harmony with the cat. Not make the dog outright afraid. If the dogs were showing signs of wanting to harm the cat and the collar was used correctly, it could make the cat powerful in the dog's eyes, teaching the dog to leave the cat alone. 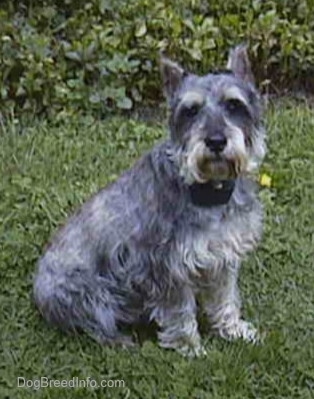 Positive reinforcement is not a permanent fix for a dog with the instinct to kill small animals. But making the dog think the animal was the one who gave the correction can teach the dog the animal is not one to be messed around with. Something a cookie can never do.

Another example is if a dog takes off after a car and you cannot catch up with it to stop it. Manual training collars can teach a dog chasing cars is no fun.

When the result of not being close enough to the dog to communicate that it must not do something is the death of itself or another animal, using a remote manual correction can be useful. When a dog is properly trained with an electric fence collar they can also be useful. But apply that correction at the wrong moment and you can create a dog who is fearful and confused. It can be down right abusive. If you are thinking about using a training collar you better make sure you know what you are doing. They are not something to be "tried out" when you do not understand a dog's natural instincts and body language.

If you do not understand natural dogmanship do not even consider using a correction collar of any kind.