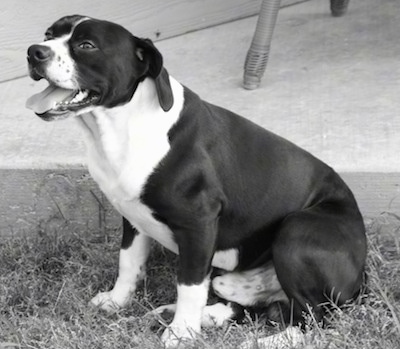 Junior the Boston Spaniel at 2 years old—"My boy is half Cocker Spaniel and half Boston Terrier. Unlike the other of these mixes I have seen on the internet, his mother was the Boston. All the puppies look totally different than what I have seen represented of the hybrid thus far. They all look like little Pit Bulls. He has the temperament of the Boston breed much more so than the Cocker. We have struggled with skin allergies as is common with Bostons. He is a phenomenal dog, even my new husband who has only known him for 2 years (Junior is 5 now), says he should be a recognized breed, people would go crazy for them. Perfect size, build, attitude, affection, etc. He is hands down the neatest dog I have ever had."

The Boston Spaniel is not a purebred dog. It is a cross between the Boston Terrier and the Cocker Spaniel. The best way to determine the temperament of a mixed breed is to look up all breeds in the cross and know you can get any combination of any of the characteristics found in either breed. Not all of these designer hybrid dogs being bred are 50% purebred to 50% purebred. It is very common for breeders to breed multi-generation crosses. 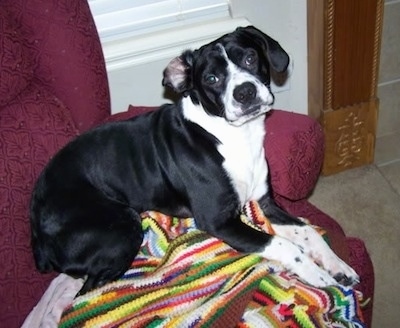 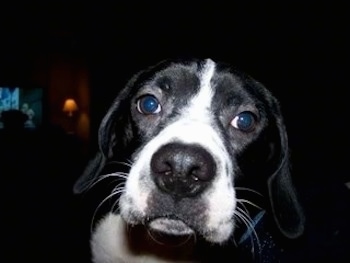 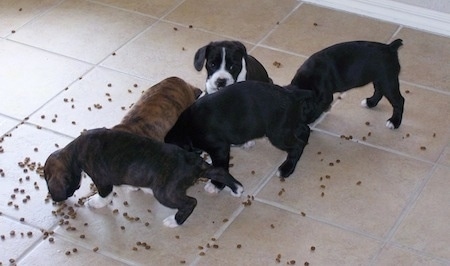 Junior the Boston Spaniel as a puppy with his littermates who are all eatting food off of the floor while Junior looks at the camera. 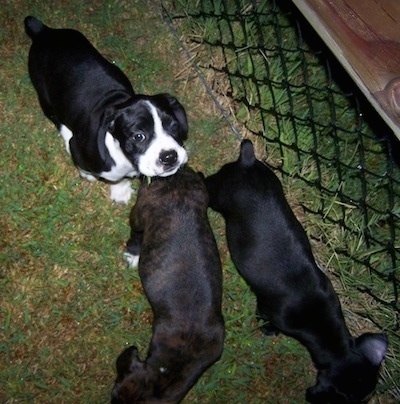 Junior the Boston Spaniel as a puppy with his littermates 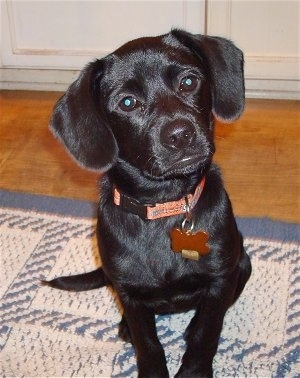 "Lola, a Boston Terrier / Cocker Spaniel mix at 4 months old weighing 12 pounds—her mom was a Cocker Spaniel and her dad a Boston Terrier. Everyone says she looks like a mini Lab! She definitely has her own personality—she loves to jump and play, but she also loves to lie on comfy beds! I had to put a down comforter in her cage just so she would sleep in it!" 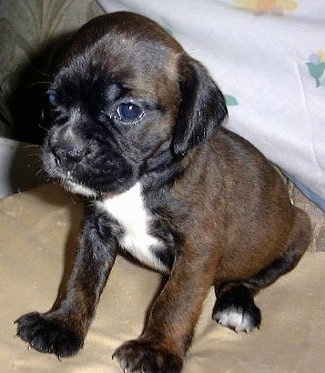