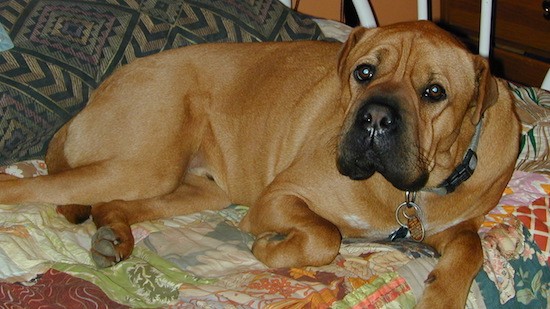 "This is Mr. Bojangles, age 2 years and weighing in at 74 lbs. He is smart and playful. His favorite things are hunting, swimming, running, playing with his Sheltie pack member, Yani, or pulling with his ropes with his other pack member, me. He is faster than a speeding bullet, and a fast learner. Most of the time he spends on his bed in his bedroom. At night, he sleeps under my bed. He is very protective (to a fault) and I have to keep him under restriction. He loves to find his leash as that means it is exercise time. He can sprint up to 20 MPH. He has short cropped ears (born that way) and a purple flowered tongue. He seldom barks, but his loving gaze just wins me over. He uses his body and eyes to communicate."

The Box-a-Shar is not a purebred dog. It is a cross between the Boxer and the Chinese Shar-Pei. The best way to determine the temperament of a mixed breed is to look up all breeds in the cross and know you can get any combination of any of the characteristics found in either breed. Not all of these designer hybrid dogs being bred are 50% purebred to 50% purebred. It is very common for breeders to breed multi-generation crosses. 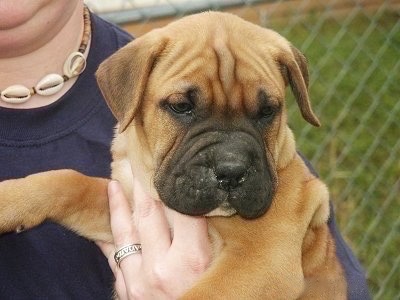 "This is a picture of my Boxer / Shar Pei mix puppy. Mom was full-breed registered reverse brindle Boxer and dad was full-blood blond Shar Pei. This picture was taken when he was only 8 weeks old. He is adorable; everyone thinks he is a fawn boxer from afar and then they see his Shar Pei face. We loved his look so much we got two, a male and a female. The female has green eyes, but otherwise looks just like him. The picture is of the male, Jude. The female we named Kizmet and call Kizzy." 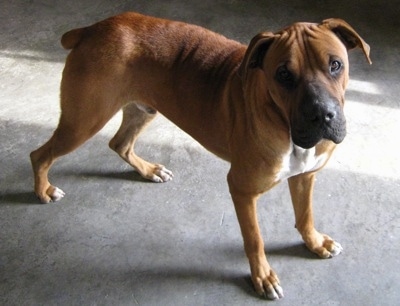 "This is our Boxer / Chinese Shar-Pei dog. He's not quite 1 year old in this picture, but getting close. His name is Sole (pronounced So-Lay, American Samoan for “mister”). Sole is a beautiful, intelligent boy. His personality is very loyal and calm." 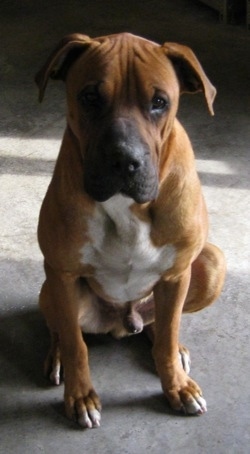 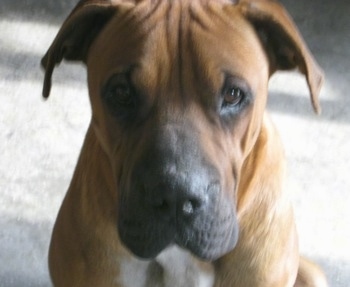 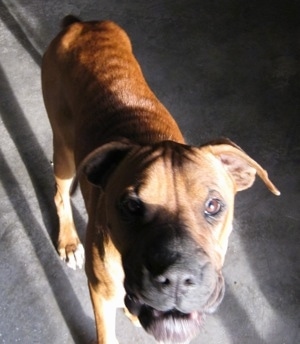