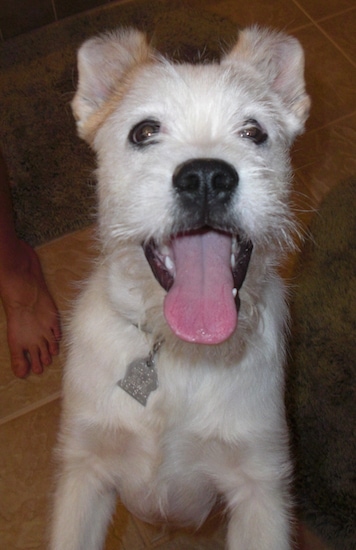 The Bull Jack is not a purebred dog. It is a cross between the Bulldog and the Jack Russell Terrier. The best way to determine the temperament of a mixed breed is to look up all breeds in the cross and know you can get any combination of any of the characteristics found in either breed. Not all of these designer hybrid dogs being bred are 50% purebred to 50% purebred. It is very common for breeders to breed multi-generation crosses. 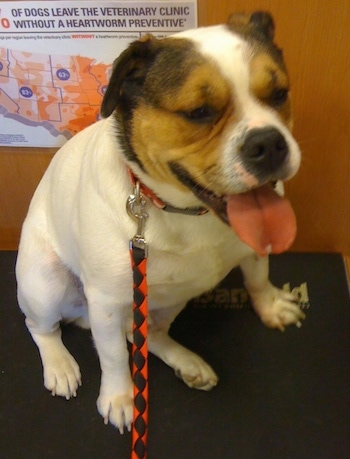 Mugsy the English Bulldog / Jack Russell Terrier mix at 5 years old-"Mugsy is a rescue dog. We have had him 2 1/2 years. His bio said his original owner bred both Jack Russels and English Bulldogs, and there was a party one night and here he was!! Most of his temperament is of the Bulldog, very easygoing. He sheds like the Jack and is a good runner. He's very picky about what he eats, and sometimes acts like he could care less. (and he's a big boy) Mugsy is great with other pets, and is wonderful with children. He loves to have his belly rubbed, which has become a ritual. He also likes to go and check the mail. In the 2 1/2 years we have had Mugsy he has never come close to biting anyone. He is not real fond of riding but will jump in the car or truck when he knows he has no choice. He is not crazy about a bath but will sit there like a lamb as he gets one. All in all he is a really great dog, if he did not shed so much he would be perfect." 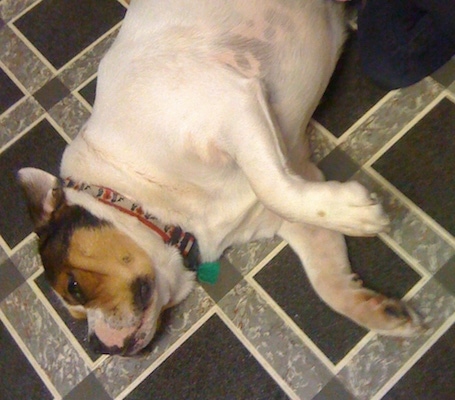 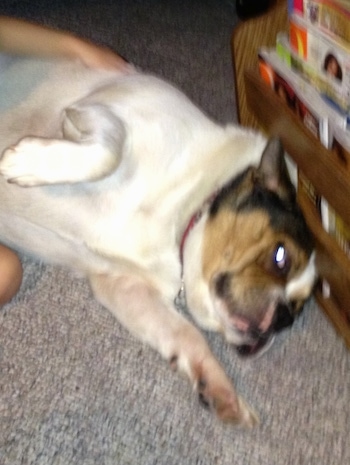 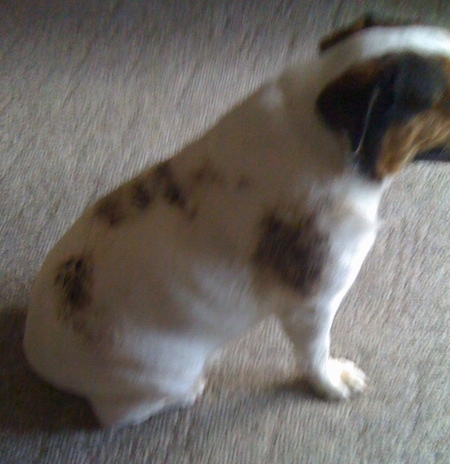