A red Lacy, a blue Lacy and a tri-colored Lacy—Courtesy of Karen Lewis of the Lacy Dog Breeders Association

The Blue Lacy is medium in size with a light, balanced yet powerful build. Correct Lacy movement alludes to great speed, strength and dexterity. Its coat is short and sleek. There are three permissible color varieties. Blues are any shade of gray from light silver to dark charcoal. Reds range from light cream to rust. The tri combines these colors with a blue base and distinct red markings as appropriate for trim. White can appear on the chest, stomach and paws. Both the red and tricolored Lacys hold the name Blue Lacy due to the blue-color gene they possess. All Blue Lacys eyes are very bright and distinctive orange to yellow in color, which adds a unique touch to their appearance.

Lacys are intelligent, intense, active and alert. Originally created to work feral hogs, the Lacy was developed into an all-around working breed for ranchers, cowboys, hunters and trappers. They have incredible drive and determination. Bold and brave, they excel at herding cattle and hunting wild boar. They are naturally territorial and will protect their property. Though Lacys make excellent companions, they don't do well with passive owners. This breed needs a calm yet assertive leader who establishes clear rules. Lacys also need consistent mental and physical exercise. Due to their intelligence, they can be quickly trained to perform many tasks.

Lacys are a very healthy breed. Due to the dilute genes they carry, Blue Lacys may develop Color Dilution Alopecia or other skin and coat issues.

They adapt well to most living conditions. Lacys make good house dogs but love being outdoor dogs as well. They may become bored and destructive when left alone with nothing to do, so crate training is recommended for indoor dogs. Lacys do need room to run and may not be the best fit for apartment life.

Like most working breeds, the Lacy needs lots of leadership and exercise. They were created to be a working dog and breeders prefer to place dogs in ranching and hunting home to preserve that heritage. When not working, Lacys should be taken on a long, brisk daily walk. But walks alone are not enough for Lacys. Many need a challenging job such as herding, hunting, tracking, agility or flyball to be balanced dogs.

About 16 years. There are 16-year-old Lacys still working cattle and hunting.

According to the National Lacy Dog Association:

The Lacy dog was named after the Lacy brothers—Frank, George, Ewin, and Harry—who moved from Kentucky to Texas in 1858 and settled in the Hill Country. The family developed the breed to work free-roaming hogs. Though the exact mix is unclear, historical documents say they were a cross of a Greyhound, English Shepherd or scenthound, and a wolf.

According to the Texas Lacy Game Dog Association:

Lacys were developed in the Texas Hill Country by the four Lacy brothers (Frank, George, Ewin, and Harry), who immigrated from Kentucky to Burnet County, Texas, in 1858. Traditional wisdom, as well as Lacy family history, holds that Lacys are the result of Greyhound/scenthound/coyote cross.

Multiple sources also suggested that the presence of Lacys in the Hill Country strongly influenced Fred Gipson, who was raised in adjacent Mason County and was best known for his novel Old Yeller. The Blue Lacy Game Dog filled the needs of colonial Americans for well over a century on ranches in the Southwestern US.

The decline of the family-owned ranching industry, as well as the introduction of technology such as all-terrain vehicles, brought the Lacy breed near extinction; however, its rediscovery as a masterful hunting companion has dramatically increased the demand for Lacys. They are now the most common breed used by United States trappers.

Whereas, Among all the breeds of dog that can be found in
Texas, few have an association with the state as noteworthy as
that enjoyed by the Blue Lacy; and

Whereas, Believed to be the first dog breed to have
originated in this state, the dog is named for the Lacy family,
which developed the breed in the mid-1800s for herding and
hunting; descended from greyhound, scenthound, and coyote stock,
the Blue Lacy has a capacity for hard work that typifies the
rugged virtues of a Texas ranch-hand; and

Whereas, In addition to its place of origin and its
ranching pedigree, this companionable dog boasts another
association with the State of Texas: the Lacy family, including
George W. Lacy and his brothers, moved from Kentucky to
Burnet County in 1858 and settled in the area of present-day
Marble Falls; several decades later, when a new state capitol
was erected in Austin, George Lacy and the other owners of
Granite Mountain donated the red granite that was used in its
construction; and

Whereas, The Blue Lacy is a Texas native, a working dog
bred to play an essential role in ranch operations, and a dog
whose original breeders played a critical part in the building
of the State Capitol, and this proud heritage gives the Blue Lacy
especially strong Texas credentials; now, therefore, be it

Resolved, That the Senate of the State of Texas,
77th Legislature, hereby honor the Blue Lacy dog breed as
a true Texas breed.

President of the Senate
I hereby certify that the above
Resolution was adopted by the Senate
on March 8, 2001.

Secretary of the Senate 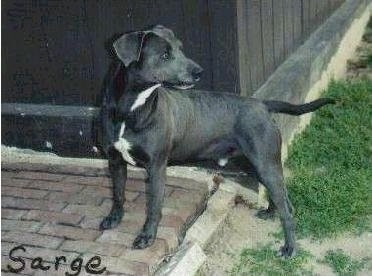 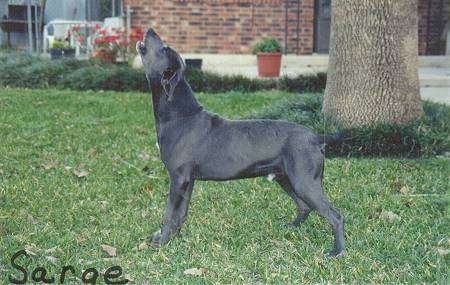 This is Sarge. Sarge is a good example of a blue coat Blue Lacy. Photo courtesy of Graham's Blue Lacys 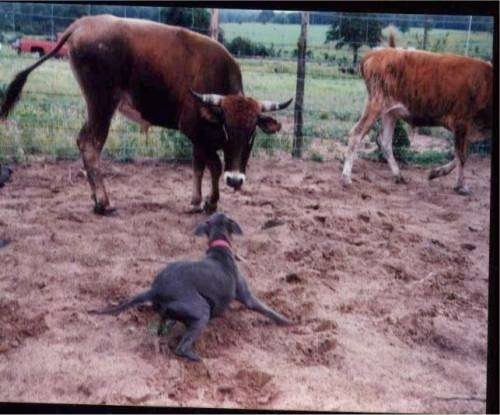 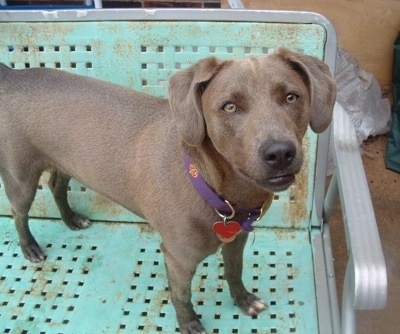 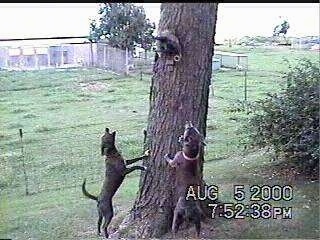 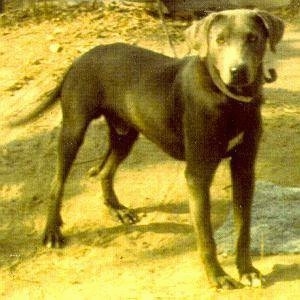 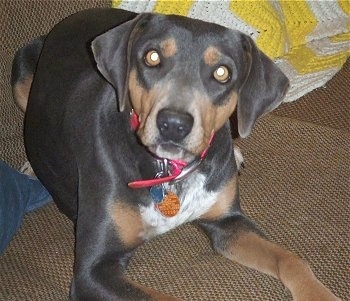 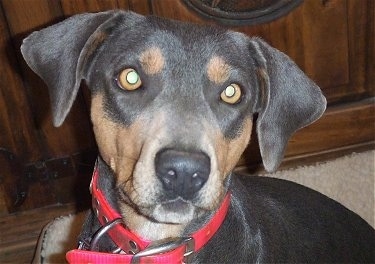