A day in the life with Bruno the Boxer. 1 year, 5 months—88 pounds, 24 1/2 inches from the ground to the highest point of the shoulders (the withers). 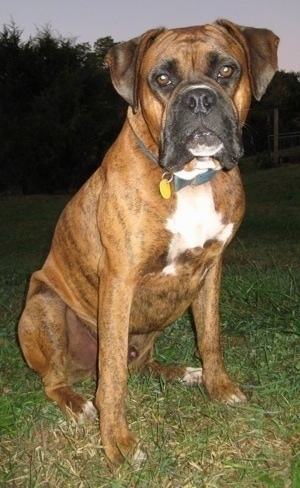 Bruno and Allie went for a pack walk with Darley the Beagle mix and Rusty the Golden Retriever. 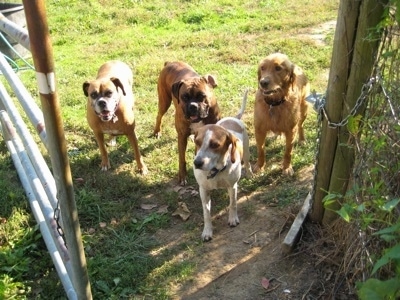 Introducing the gang, who are being told to wait at the gate until the humans have all passed—(back left to front):

Allie, a Boxer that was formerly dog aggressive. She attacked and there was blood. I worked with her at age 6 and now look at her: she's got a pack of friends. Who says you cannot teach old dogs new tricks, or shall I say an old owner new tricks?! :)

Bruno, a Boxer. I honestly never owned such a well-mannered dog.

Rusty, a Golden Retriever that formerly owned his human, started his training the day this picture was taken. He made great improvements in his walk and the way he approached people. Rusty, there will be no more jumping, humping, pulling or protesting. Rusty is a work in progress and from what I hear, is doing very well. He is also quite happy with his newly found respect and status in life.

Darley is still a puppy, and a sweet one at that. She is doing great. She loves other dogs and does well on her walks. 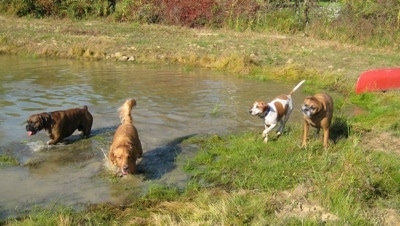 Darley, Rusty, Bruno and Allie going for a swim in the pond after an hour-long pack walk. 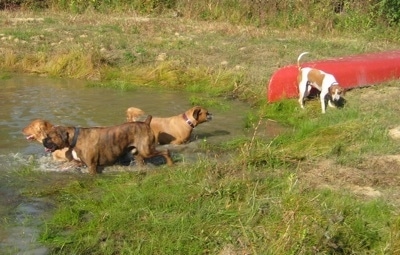 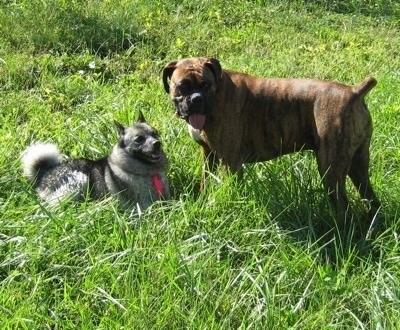 Bruno and his new friend Tia the Norwegian Elkhound. Tia was rescued by a neighbor from the SPCA. She had spent the last two years of her life in her former owners’ garage. From the garage she ended up in the pound. 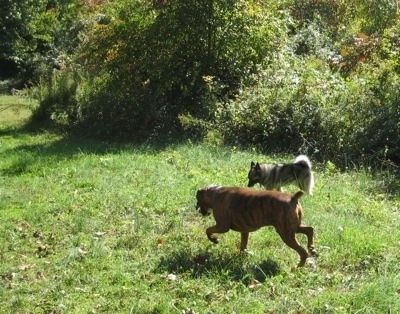 After bringing Tia home from the pound, we used Bruno to help her not bolt when she is off her leash. 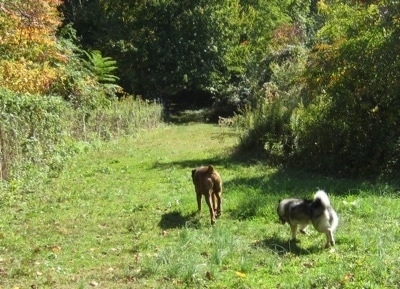 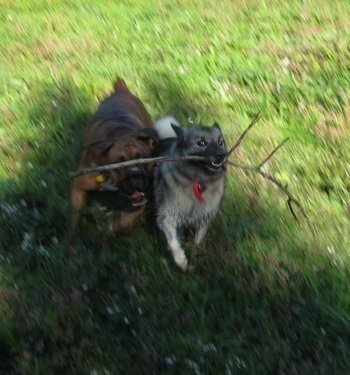 Tia also gives Bruno a run for his money! 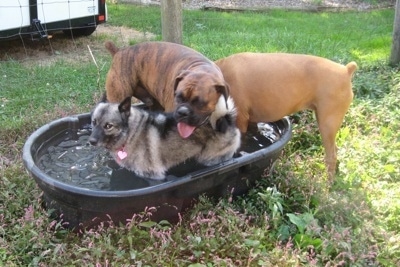 Hey you guys, that's the goat's water. I don't think they would appreciate all of you in there like that! 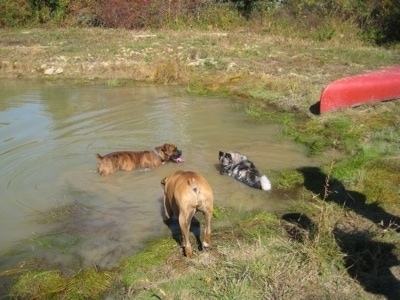 Good dogs—swim in the pond instead...

Bruno that was disgusting!

I walked out of the front door and spotted a pile of peacock poop on the porch. I walked out into the yard to look for a leaf or something to scrape it up. When I returned the poop was gone and Bruno was licking his lips! YUCK!