A day in the life with Bruno the Boxer. 2 years 6 months—99 pounds, 24 1/2 inches from the ground to the highest point of the shoulders (the withers). 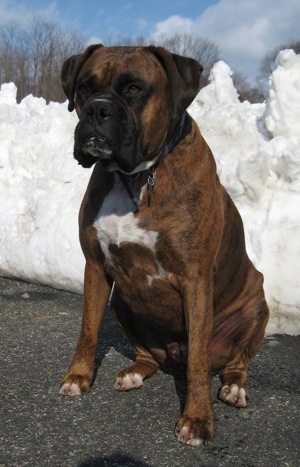 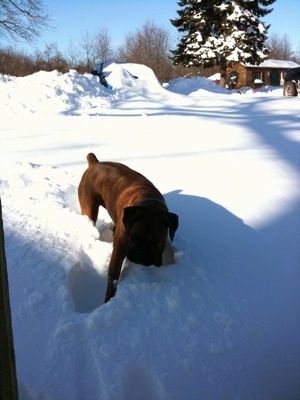 Bruno had seen snow before, but not this much at one time. The official count in the area was just over 23 inches. By the next day when the snow had stopped falling a lot of areas were almost over his head, but most had packed down so he was able to walk on top of it. At first Bruno was not sure how to go about getting around. He was unsure about his feet sinking into the snow below him. 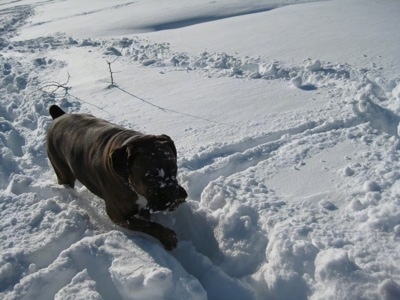 He soon became a snow-running pro. 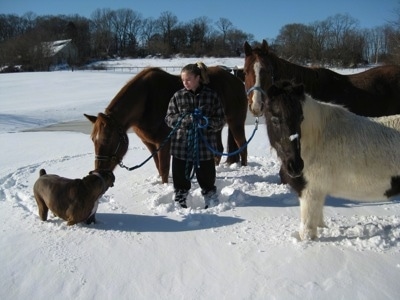 Bruno came with us when we moved the horses from the stalls back out into the field.

The horses were so happy to be out of the stalls they ran up the hill enjoying the freedom. Bruno sensed the excitement and tried to join in. He soon decided they were just too fast for him and ran back to us. 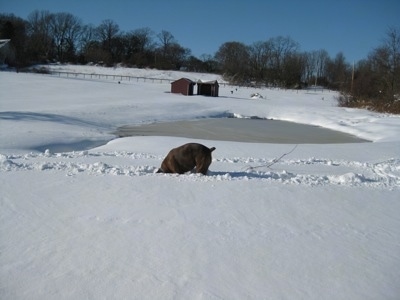 Bruno sticks his entire head into the snow. We start to wonder what he is doing when suddenly... 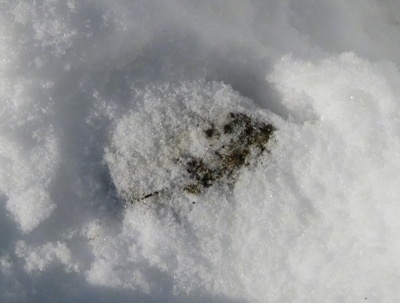 …he pops back up with a horse turd in his mouth. "Bruno, drop it!" 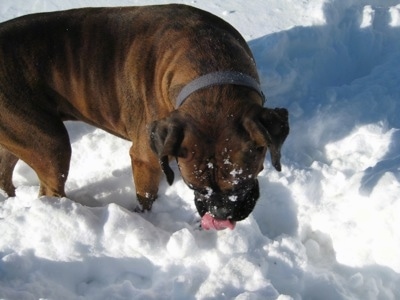 “Oh come on, mom. They are even better when they are frozen!” 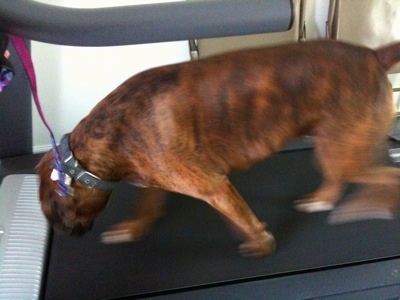 With all of the freshly fallen snow it is just about impossible to give Bruno a real walk. It's too deep to walk the woods and most people had not yet shoveled out their sidewalks. Bruno still however needed a good walk which became very apparent by the way he was getting rowdy inside the house. Time for a walk on the treadmill.

I hold Bruno's lead loosely above him, staying close for safety reasons. Bruno likes to watch the track. I think he is looking for those white symbols to zip on by, however they go too fast for him to actually get a good look at them. Every once in a while he would look up at me then go back to his search. 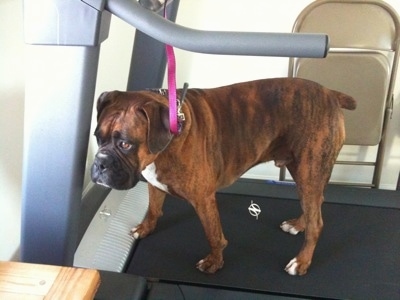 Bruno did just over 20 minutes, which seemed to take the edge off of his excess energy. Our real walks are usually over an hour-long, however I sensed that after 20 minutes on the treadmill he was ready to call it quits as he started walking slower and slower. 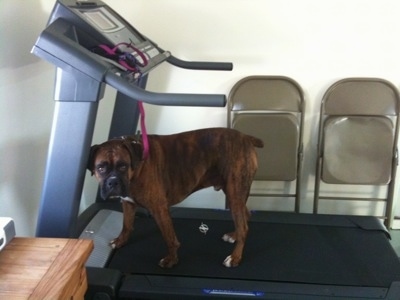 I slow the track down until it comes to a stop, then lay the leash over the top and tell him to stay. He is not allowed to jump off until I say it's time. This is for safety. You do not want your dog to learn to jump off the track as soon as he senses you are stopping. You want the exercise to start and end calmly. 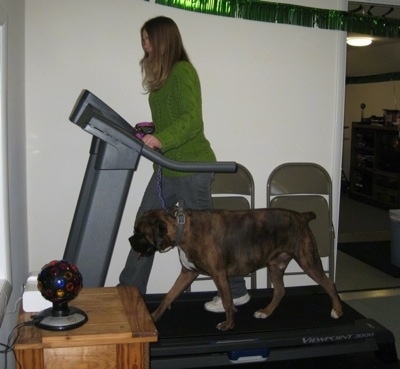 I discovered that Bruno not only likes the treadmill but he likes it even better when there is a human on it with him.

There was a lot of distraction going on around him. A ping pong game, people playing Mrs. Pac-Man and pinball, people talking and yet Bruno kept going, very happily I might add. After the walk was over and the treadmill was stopped Bruno stood there even after the human got off. Bruno was then invited off. A few minutes later he walked back over to the treadmill and got back on, waiting for it to start up again. I think Bruno is becoming a treadmill junky! I now have a workout partner!