A day in the life with Bruno the Boxer. 8 years old—80 pounds, 24 1/2 inches from the ground to the highest point of the shoulders (the withers). 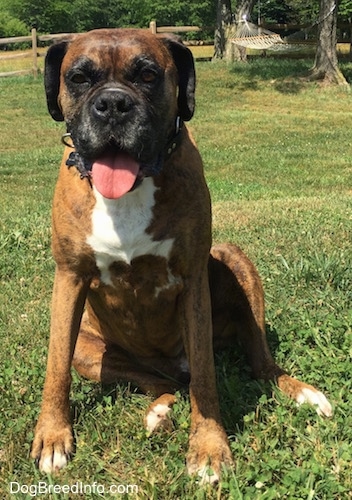 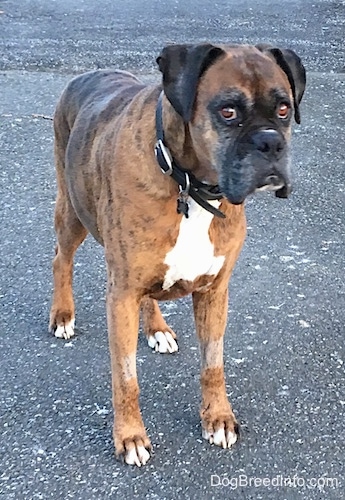 Sadly Bruno's bouts of cancer have caught up with him. When he started showing signs of not wanting to eat, which is very out of character for him, we took him to a specialist. He spent three days in an animal hospital where they performed tests including an ultrasound. The ultrasound came back showing thickening around his intestins (jejunal and omental thickening). They did a biosy of the area and it came back as Carcinomatosis. Carcinoma is a type of cancer that develops from epithelial cells. It is not a mast cell. Carcinomatosis is a condition in which multiple carcinomas develop simultaneously, usually spreading from a primary source. It has spread to more than regional nodes and is a metastatic disease. Bruno was diagnosed with agressive cancer all over his abdominal cavity. There is no cure. All we can do is make him comfortable for whatever time he has left.

Bruno's vet says he is the longest lived recurring cancer case she has come across. Bruno's first mast celll appeared when he was 3 years old. Bruno is now 8 years and 9 months old.

Effects on the Pack

A once well respected and looked up to pack member has become weak and is now a target. Now that he is sick, the rest of the pack started to bully Bruno around. We had to put a stop to it.

For example, the humans got up to walk outside and all four dogs got up to come with us. We walked out the front door and started heading across the driveway. Spencer and Mia cut in front of Bruno to block him and slow him down. Spencer on the left, Mia on the right, stepped into his path so close they seemed to have bumped shoulders, making eye contact with him for a split second. It was a silent gesture from them to him that he was to get back. I had to correct the healthy dogs and make it clear they are not to push around the sick pack member. Bruno was always the one that kept everyone stable. The rock they all wanted to stand next to. And as soon as he's down, boom! They don't want him anymore. Nipping, bumping, cutting him off and giving him "back off" eyes is not acceptable and we humans had to communicate that to the rest of the dogs.

It's very sad, disrespectful and rude to our human eyes. But to them it's survival. Only the strong can reproduce. They don't know how to shut that instinct off when it comes to respecting their elders whom they've lived with for 5 years as underlings to his alpha. 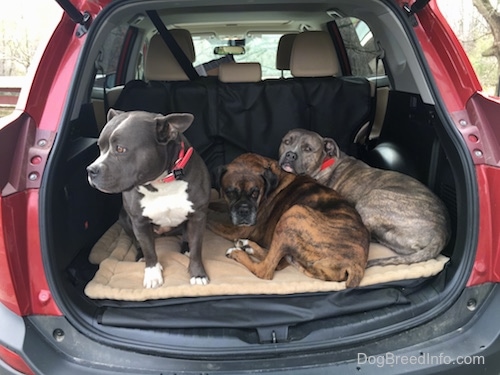 Despite his rapidly declining health, Bruno still wanted to come with us when we would go out so we bring him with us as much as possible. 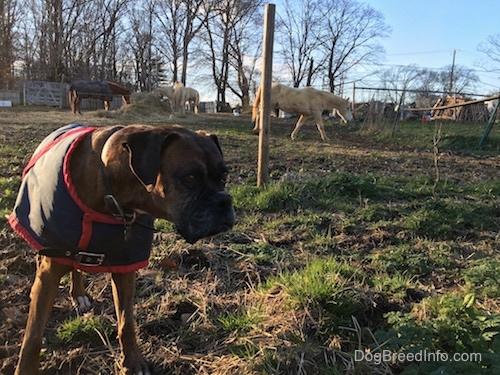 We have also been taking Bruno on special outings without the rest of the pack. Rides in the car, trips to see the horses and rides on the golf cart. 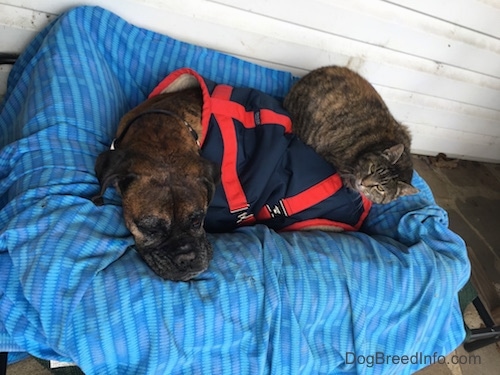 The cats seem to be rubbing all over and sleeping with Bruno as usual. When there is a group of cats there does seem to always be one that is more in charge of the others, but cats do not have the same pack instincts as dogs. They tend to be more loners who do not wish to be ruled by anyone. Bruno was always submissive with them, so it is business as usual in their eyes. 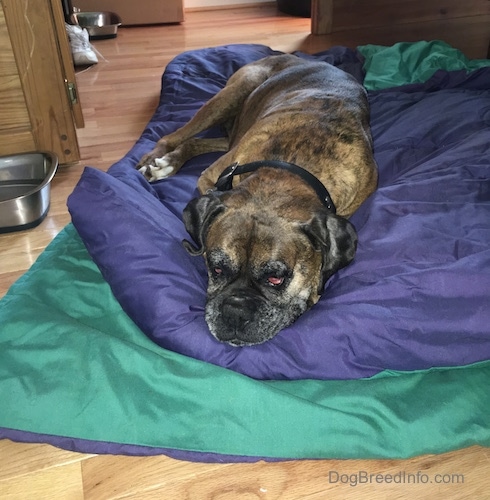 As Bruno's health declines he tends to go off and want to be alone. He does not want to lay with the rest of the pack. 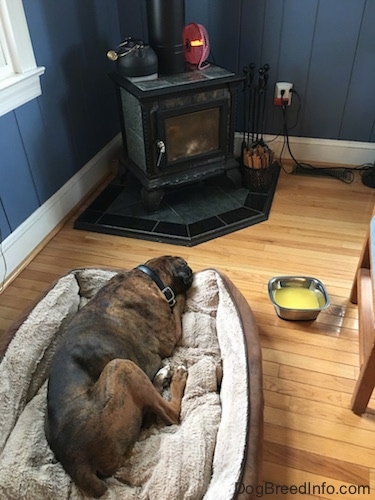 When Bruno was in the kitchen I put the guinea pig gate up blocking the living room from the kitchen. No other dog was allowed to cross the line. Bruno wanted to be left alone. 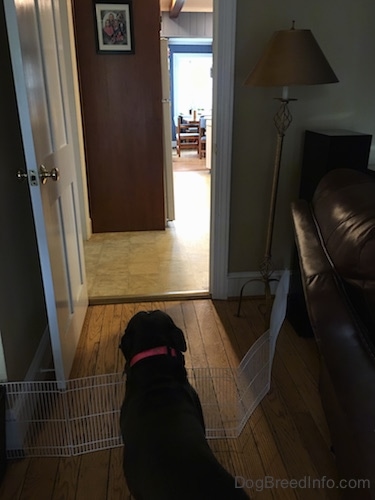 The barrier is low so Bruno could come back to the living room whenever he wanted. We told the other dogs not to step over the fence. This is Mia looking into the kitchen. She wants to go eat Bruno's chicken soup broth. 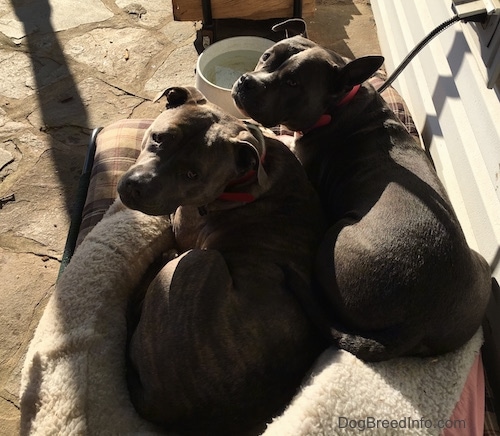 Mia and Spencer seem to be sticking closer together. Sometimes it seems they are trying to establish who is going to take Bruno's place in the pack order. Even Spencer, who is a natural born back of the line type will start things up with Mia, playing and sometimes trying to hump her. Mia used to zone in and sleep with Bruno, now Spencer has taken Bruno's place. Mia is now cleaning Spencer and crawling into the dog bed with him, things she used to do with Bruno.

After making it clear that no other dog is to push Bruno around, Mia went from trying to dominate Bruno to avoiding him. It seems the sicker Bruno gets, the more Mia avoids him. She walks way around him and does not want to look at him and is sticking closer to me. The pack order is changing. 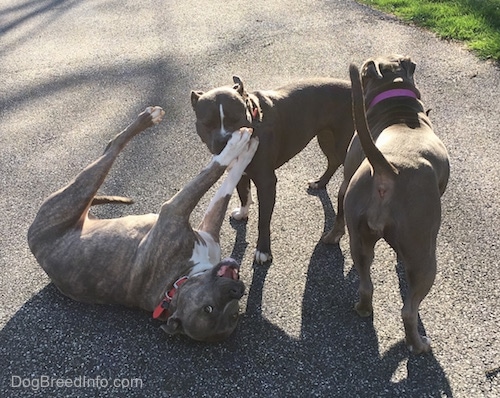 Amie's rescue dog Leia (purple collar) still visits often and the same rules had to apply to her. She too started showing signs of bullying Bruno around. Amie adopted Leia when she was full grown. She was once dog aggressive, but now she fits right into the pack getting along great with the other dogs, yet her play with the other dogs always seems to be dominant excitement play. Her tail is always up when playing. When she was first adopted she didn't know how to play at all, now she will play, but we have to watch her because her tail goes up and she looks like she's using the play to send the other dogs messages about who's in charge, so we do not leave Bruno and Leia alone together.

Spencer tends to roll when Leia joins in the play. Spencer is faster and more agile than all of them. Yet very submissive. You might think, maybe he does not want to play, yet half the time it is him who starts it. In the picture above Spencer's upside-down. His tail is tucked but wagging. 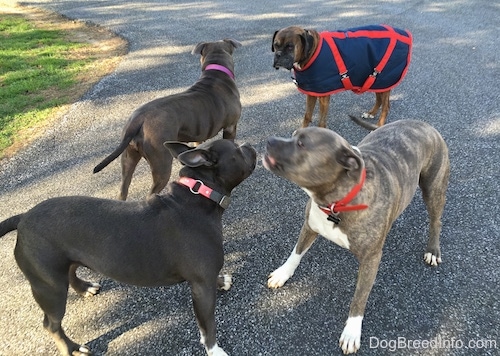 There definitely is a pack change going on. We have to be careful how this is handled. Mia (pink collar) seems to want to be boss, testing out where the boundries are. The humans have to not sway from the leadership roll so the healthy dogs do not get any ideas that they can start making the pack decisions. The humans are in charge, and a fading pack member does not change that. 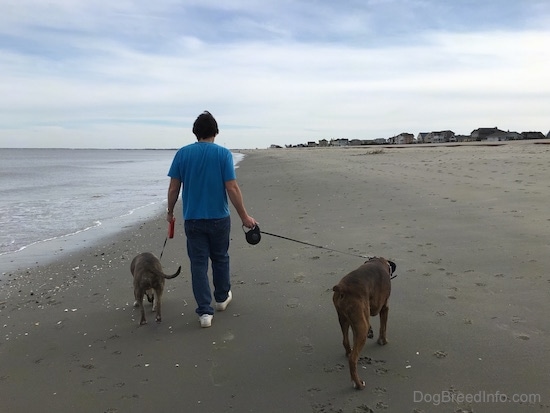