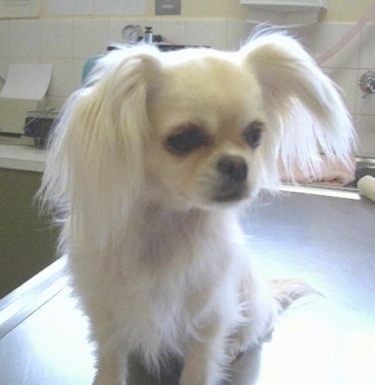 "Stanley is a Cavalier King Charles x Chihuahua = Chilier. His mother was a tricolor Cavalier and his father was a tan smooth-coat Chihuahua. He is 9 inches tall and weighs 3 kg. He was from a litter of 6 puppies, 2 of which were smaller Chihuahua size.

"Stanley (then called “Prince”) was originally purchased from a pet shop at six weeks of age. When he went home with his new family he was a very healthy little puppy. On his first night at his new home he was fed Kentucky Fried Chicken for dinner. He was then taken back to the pet shop by his owners four days later as he had been sick (not eating or drinking) since the day after they got him home. When the pet shop found out why he had been sick they took the puppy back and brought him straight to our veterinary clinic.

"When Stanley first came in to our veterinary clinic he looked terrible and weighed only 600 grams. He was very underweight, dehydrated and had no life in him at all. The pet shop owners were very concerned and because he was so unwell there were talks about if it would be kinder to put him to sleep. As the vet nurse on duty that day, I decided that the best thing for this little puppy was some 24/7 TLC and so, after discussing it with the head vet and the pet shop owner, Stanley came home with me for the next two weeks.

"Over the two weeks I had Stanley he was with me every moment of the day. At work he was stuffed inside my jacket to keep him warm and feeling safe. He would come out to have fluids injected under his skin (as he was too tiny to get on a drip), be force fed through a syringe and go to the toilet. Then it was back into my jacket. At first it was touch and go, but by the end of the two weeks he was a healthy puppy again.

“I called the pet shop and let them know that he was now well enough to be sold again, and Stanley and I parted ways.

"Two days later the pet shop owner brought Stanley back in to the clinic. He had not eaten since he had been back at the pet shop and was only drinking a little bit. After speaking with the vet it was concluded that Stanley was a very healthy puppy…who was missing his mother (me). After A LOT of thought (I already had 2 Siamese cats and a Border Collie) I decided to keep little Stanley.

"Stanley still comes to work with me every day and is a perfect mix of the Cavalier and Chihuahua natures. He is a cuddly, affectionate tail-wagger and because of his early interaction with many different pets and people he is happy to play with pets and people alike. He does, however, have the Chihuahua bark when he is chasing his Boxer friend around the yard. I believe that the reason his temperament is so good is because of his huge amount of socialization as a puppy. He was passed over the counter all day long while he was getting better and had cuddles from men, women and children. He has grown up with two Siamese cats and a Border Collie at home and has a Boxer he plays with at work. He loves running after stuffed toys and bringing them back to be thrown again.

"He was not too hard to train but he still decides for himself if he really wants to come when he is called. Other than that he will follow all other basic obedience commands."

The Chilier is not a purebred dog. It is a cross between the Cavalier King Charles Spaniel and the Chihuahua. The best way to determine the temperament of a mixed breed is to look up all breeds in the cross and know you can get any combination of any of the characteristics found in either breed. Not all of these designer hybrid dogs being bred are 50% purebred to 50% purebred. It is very common for breeders to breed multi-generation crosses. 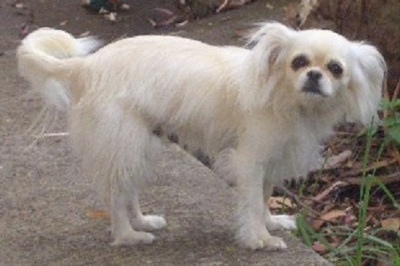 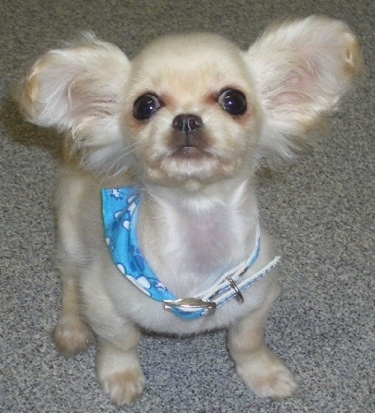 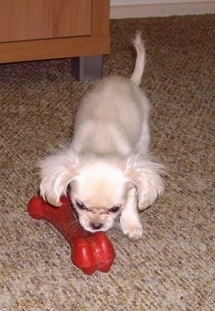