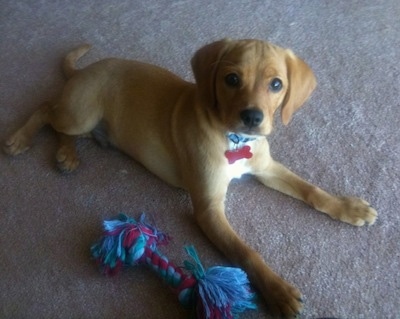 "Buddy was found in a parking lot at 8 weeks. We had no idea what breed he was or how big he would get. DNA testing solved the mystery...half Cocker Spaniel and Jack Russell Terrier. He's calm, but has boundless energy and stamina. He's not interested in kibble, no matter how expensive or organic. However, he loves other dogs and my two rabbits, plays ball endlessly, digs on every surface including rugs and sleeps every night at the foot of bed UNDER the covers. He has a shy streak with strangers, which I'm told is common in Cocker Spaniels. After he warms up, he is very affectionate and will not leave your side."

The Cocker Jack is not a purebred dog. It is a cross between the Cocker Spaniel and the Jack Russell Terrier. The best way to determine the temperament of a mixed breed is to look up all breeds in the cross and know you can get any combination of any of the characteristics found in either breed. Not all of these designer hybrid dogs being bred are 50% purebred to 50% purebred. It is very common for breeders to breed multi-generation crosses. 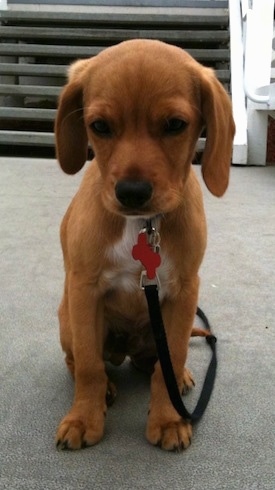 Buddy the Cocker Jack as a puppy—"I have read Cesar Millan's books and seen him on TV many times before Buddy came to us. From the start we used the pack order to socialize him. We walked in and out of doors first. He had to sit to get anything. Toys were mine, not his. His food came only after we had finished our meals. As a result, Buddy is very well behaved and learns quickly!" 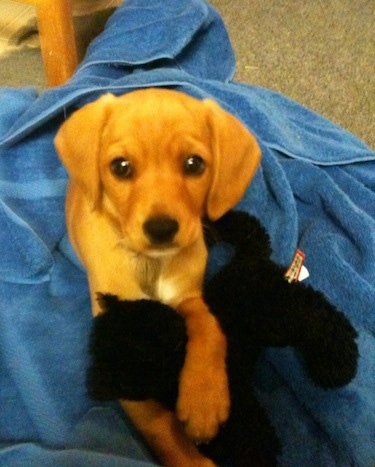 Buddy the Cocker Jack as a puppy with his stuffed toy. 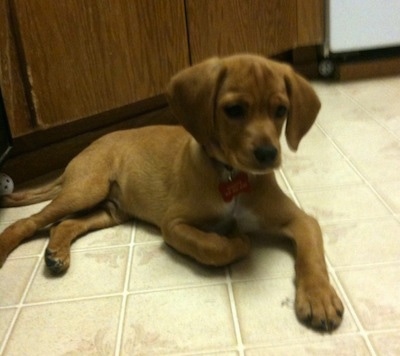 Buddy the Cocker Jack as a puppy at 11 weeks old 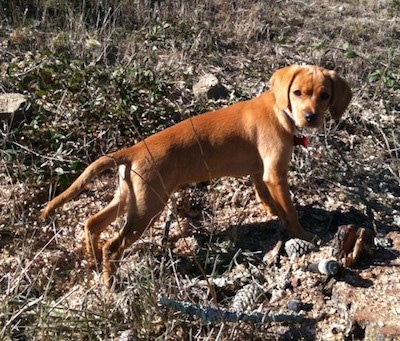 Buddy the Cocker Jack as a puppy at 12 weeks old