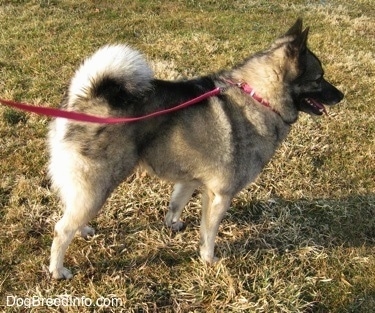 Tia was rescued from the SPCA. Her tag at the pound stated she was a 26-pound Norwegian Elkhound mix and it almost looks like she could be purebred Elkhound, however she is on the small side, weighing 29 pounds with very small paws (she gained three pounds after being in her new home for 5 months). Norwegian Elkhounds are generally 40-60 pounds in weight. We have had a lot of different opinions as to what type of dog Tia is. A lot say Norwegian Elkhound purebred, while others agree she is an Elkhound mix due to her small size. One Keeshond breeder stated she looked like a purebred Keeshond that had her coat shaved one too many times, while others say she looks and acts like a Shiba Inu mix. 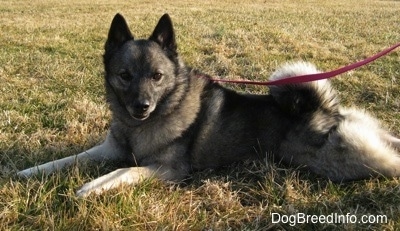 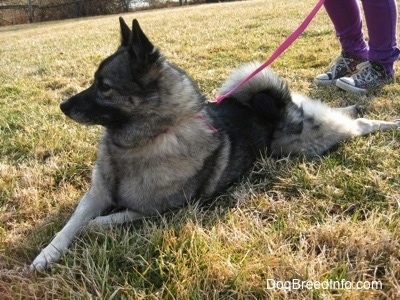 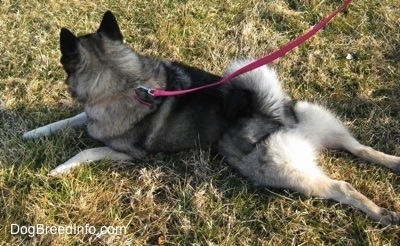 Out of pure curiosity we decided to do a canine breed identification test on Tia. But are these tests really accurate? We thought we’d find out. 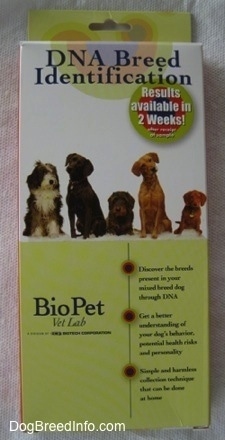 A BioPet DNA Breed Identification test was purchased because it included the two most suspected breeds in its possible results, the Norwegian Elkhound and the Keeshond. The company states they are always improving their database of breeds. Here is a list of breeds the particular test we purchased was said to have identified at the time the test was given. Note: this brand of test is no longer on the market due to a patent infringement suit. There are other brands available on the market. 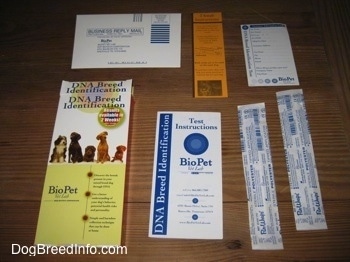 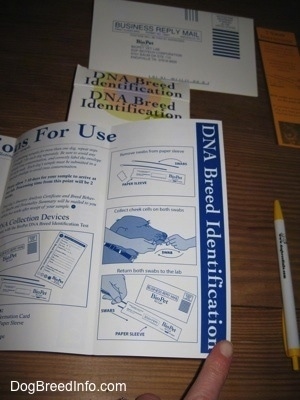 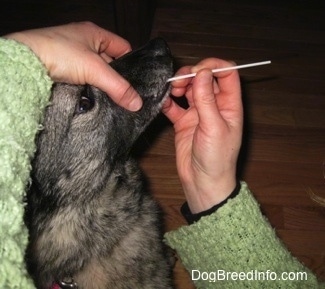 As instructed, we removed the polyester tipped applicator from the package and brushed the inside of the dog's cheek firmly for at least 10 seconds. They recommend you press on the outside of the dog's cheek to ensure a better collection as you swab in order to collect a good amount of cells. The longer the swabbing process, the better the chance of getting a good DNA sample. We swabbed Tia for over a minute, pressing firmly, moving the swab back and forth while spinning it a bit. We did this with both swabs, using one on the left side of her cheek and the other on the right side. 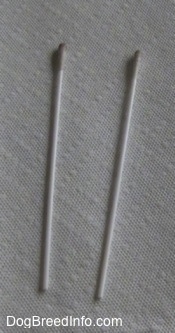 The instructions stated to allow the swabs to completely air dry for at least 30 minutes before putting them back into the paper sleeve. We carefully placed the swabs down on a clean paper towel and allowed them to air dry for over an hour to insure they were completely dry, also taking care that no one or thing touched them. The instructions stated to write the dog's name on the paper sleeve and after drying to place each swab back into its individual sleeve, which we did.

There are a lot of conflicting reviews on the Internet as to the accuracy of these dog DNA tests so we decided to do a little test of our own. We purchased an extra DNA test for Tundra, my papered purebred 125-pound Great Pyrenees. Tundra is from show lines, however is currently working as a flock guardian. 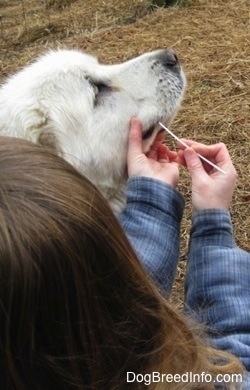 We repeated the process with Tundra, taking extra care not to let anything touch the end of the swab to avoid any cross contamination. 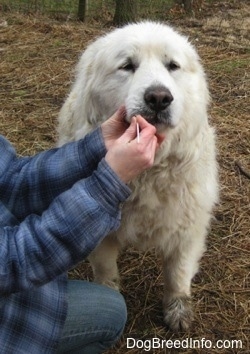 Two days later Tundra's DNA results came back. It stated he was a purebred Great Pyrenees. The tests never asked us any questions about the dogs. They only wanted the samples and our name and address so they knew where to send the results. Conclusion, yes it does seem these DNA tests are pretty accurate. 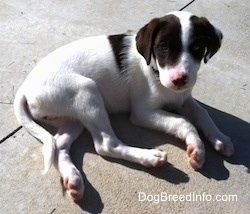 Guess Oakley's Breed(s) - Results are in!