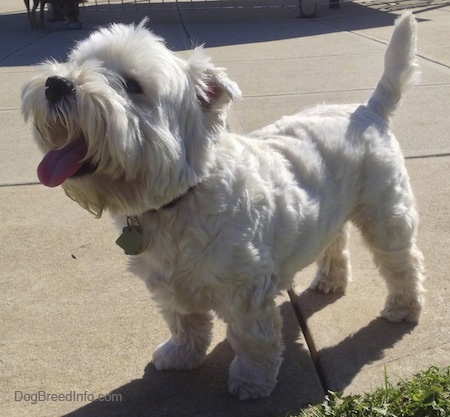 Cody the Westie at 5 years old

The West Highland White Terrier, often simply called the Westie, is a small, sturdy dog. The head is in proportion to the body and when viewed from the front gives off a round appearance. The blunt muzzle is slightly shorter than the skull and tapers toward the nose. There is a defined stop. The nose is black. The teeth meet in a scissors bite with teeth that are large in proportion to the dog. The almond-shaped, deep-set, dark brown eyes are set wide apart. The ears are erect, set wide apart on top of the head and triangular in shape, coming to a point. The legs are somewhat short but not too low to the ground. The undocked tail is relatively short, about 5-6 inches (12.5-15 cm) long, thicker at the base and tapering to a point. Dewclaws are sometimes removed. The double coat has a straight, hard outer coat that is about 2 inches long (5 cm) and a soft, dense undercoat. The coat color is solid white.

The West Highland White Terrier is a game and hardy little terrier that is easy to train. It is fairly friendly toward strangers and gets along well with children. Easy dog to travel with. These dogs are lively and extremely self-assured toward other dogs, but will not pick fights if their owners know how to display proper leadership. They may chase a cat for fun, and need to be corrected if they do attempt this. Robust, friendly and spirited, Westies just love companionship. Despite their size, they make a very good watchdog. The Westie likes to dig and bark. If a Westie is allowed to become the pack leader, it may snap when irritated and be combative with other dogs. A lack of leadership on the owner’s part can cause many behavior problems, such as biting, guarding food and furniture. A Westie that has an owner who knows how to display firm, confident, consistent, leadership will not experience these behavioral problems. These problems can be corrected once the owner becomes the dog’s true pack leader. Do not allow the Westie to develop Small Dog Syndrome.

West Highland White Terriers are suitable for people in towns and cities as well as in the country. They are very active indoors and will do okay without a yard.

These little dogs need a daily walk. Play will take care of a lot of their exercise needs, however, as with all breeds, play will not fulfill their primal instinct to walk. Dogs that do not get to go on daily walks are more likely to display behavior problems. They will also enjoy a good romp in a safe, open area off lead, such as a large, fenced-in yard.

The harsh, straight, shorthaired double coat is fairly easy to groom and sheds little to no hair. Simply brush regularly with a stiff bristle brush. Brushing should keep the coat clean, so bathe only when necessary. Trim around the ears and eyes with blunt-nosed scissors. The whole coat should be trimmed about every four months and stripped twice a year. 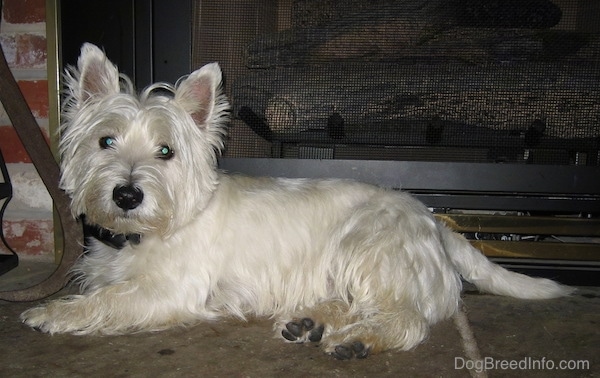 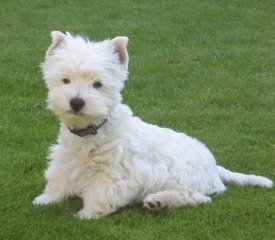 "Oscar is a Westie (West Highland Terrier). In this photo he is 6 months old. Oscar does not shed, loves to play with other dogs and is totally fearless. His favorite pastime is eating bugs—including bees, which he catches and spits out. He is very mellow for a terrier and likes to cuddle with us. A little dog (20 pounds) with a big personality!" 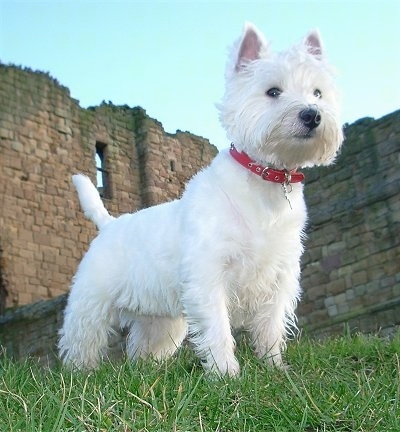 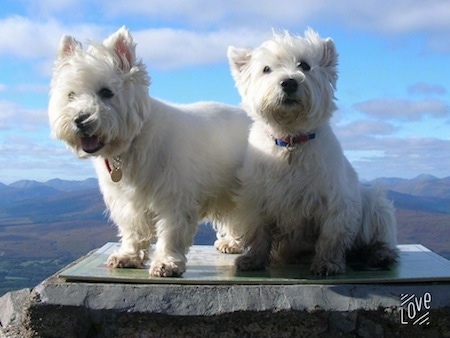 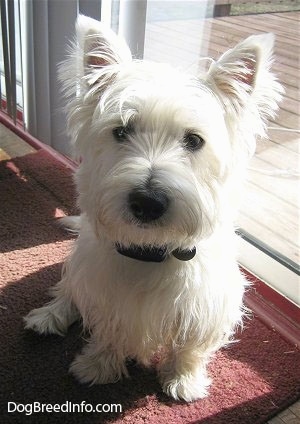 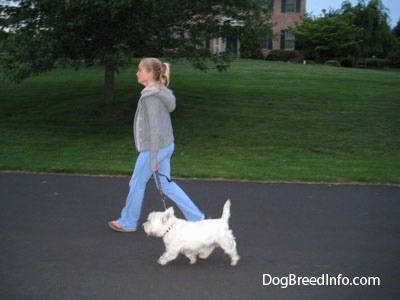 Brody the Westie going for a walk 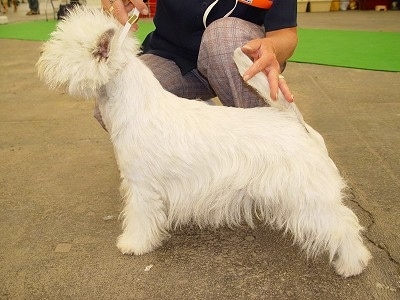 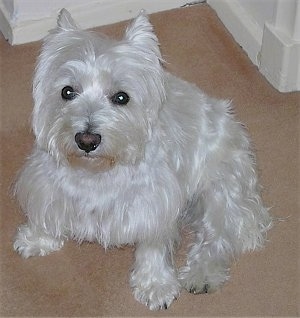 Figo, a 4 year old Westie has done a lot of travelling with his owners. He was born in Slovakia, lived in Austria and Egypt, and he is now living in Ireland! 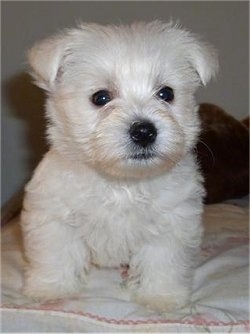 This is Grace, a 2-month-old Westie puppy residing in Greece.