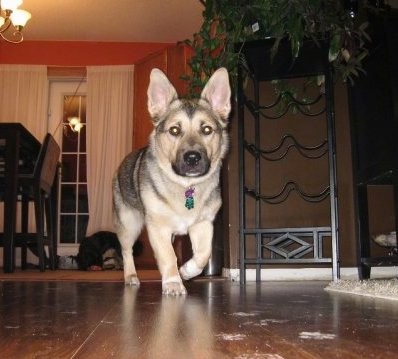 "This is my baby, Indi, who is a German Shepherd x Corgi. She is full grown, probably about 3 years old in these photos. She looks like a German Shepherd cut off at the knees and has quite the interesting personality as well. She is such a sweet girl and I don't know what I'd do without her."

The Corman Shepherd is not a purebred dog. It is a cross between the German Shepherd and the Welsh Corgi. The best way to determine the temperament of a mixed breed is to look up all breeds in the cross and know you can get any combination of any of the characteristics found in either breed. Not all of these designer hybrid dogs being bred are 50% purebred to 50% purebred. It is very common for breeders to breed multi-generation crosses. 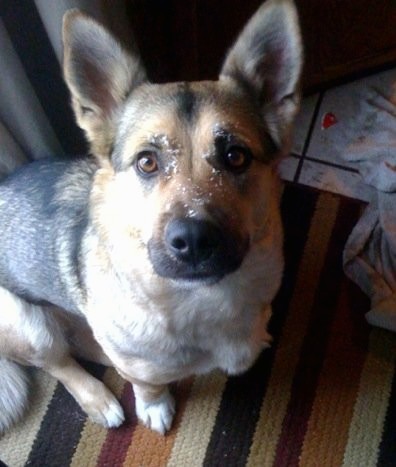 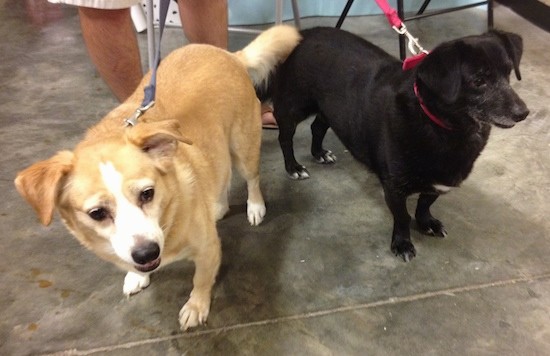 "Jolie (left) and Evangeline's mother was a German Shepherd and father was a Welsh Corgi. My husband and I adopted Evangeline and her sister Jolie from Animal Protection and Welfare Society. Out of the two dogs we have Evangeline (black dog) is the shy one. She follows her sister Jolie around and has to be near her at all times. Evangeline is a very loving dog. She is very calm and likes to sleep all day on the sofa with her sister. She doesn't like to go in the grass much. Sometimes she has accidents in the house and then her eyes have a guilty look on them. She doesn't jump up on people unless you ask her to. She doesn't beg for food at the dinner table. She only barks when Jolie starts barking. She is very friendly with kids and doesn't mind when they put their hands in her face. She is also good with dogs and doesn't bark at strange dogs. She is also good with cats and doesn't try to chase them. She is walked twice a day, once in the morning and once at night and also likes to jog a lap with us. Although, she would be lazy and just sleep if she didn't get her walk. She loves to be around people, but is not too needy. She was never taught basic tricks. She is smart but training her is a bit of a challenge because of her shyness. In order to train her, I use positive reinforcement." 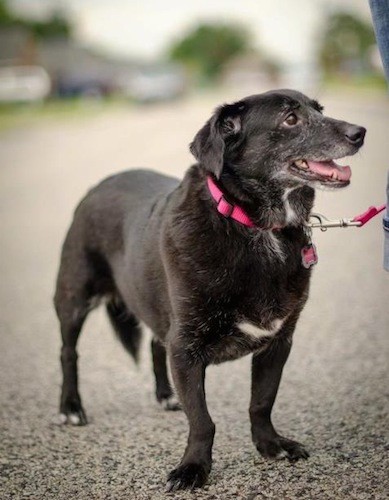 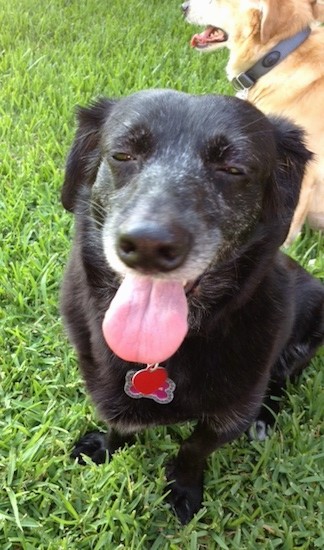 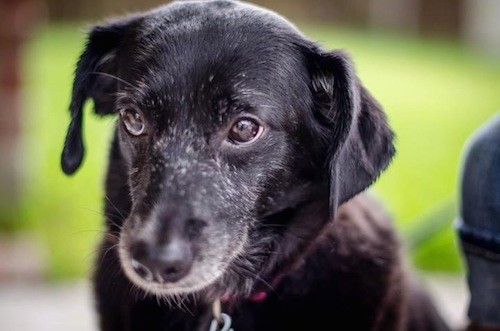 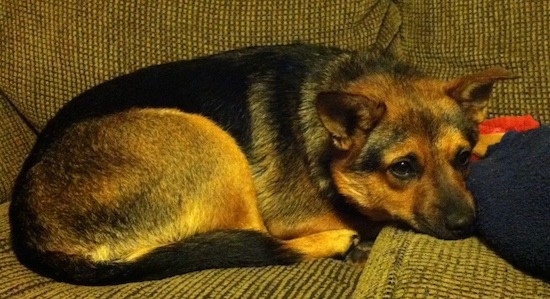 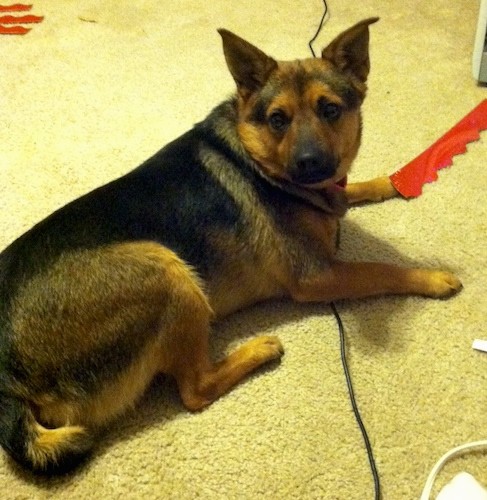