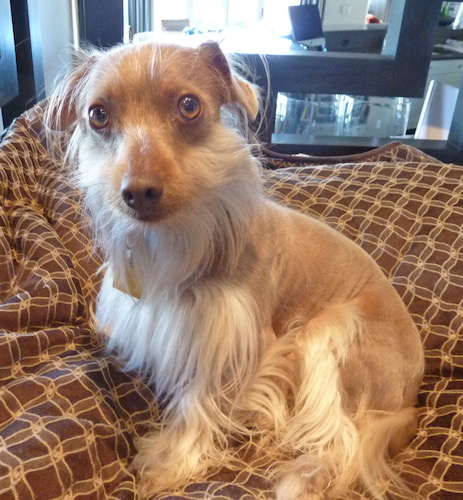 "This is Bentley, part Chinese Crested, part Dachshund AKA Crestoxie. He is naturally hairless, no shaving or grooming at all. I think he is the best of both breeds, not as tall and lankly as a Chinese Crested and not as short and fat as a Dachshund. He has golden eyes and a lovely little beard. Bentley is about 8 years old in this picture."

The Crestoxie is not a purebred dog. It is a cross between the Chinese Crested and the Dachshund. The best way to determine the temperament of a mixed breed is to look up all breeds in the cross and know you can get any combination of any of the characteristics found in either breed. Not all of these designer hybrid dogs being bred are 50% purebred to 50% purebred. It is very common for breeders to breed multi-generation crosses. 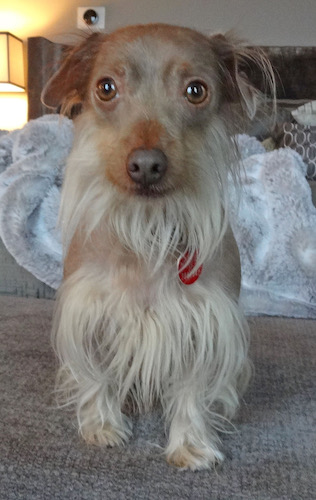 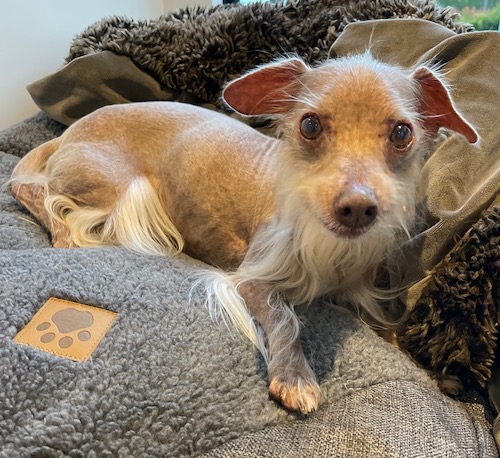 "Bentley the part Chinese Crested, part Dachshund AKA Crestoxie mix breed dog at age 11 years old. His hair is slowly falling out more and more each year. Not sure what he will look like at 15… LOL" 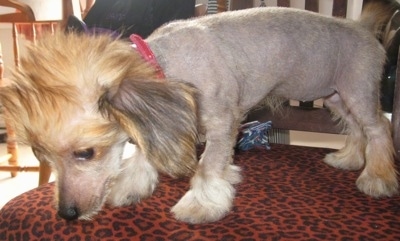 "This is my dog Soya as a 10-week-old puppy. Her mother was a Chinese Crested and her father was a longhaired Dachshund. She listens very well and understands what I want or do not want her to do. She learns new things quickly and likes to learn new tricks. She adores children and gets along well with other cats and dogs." 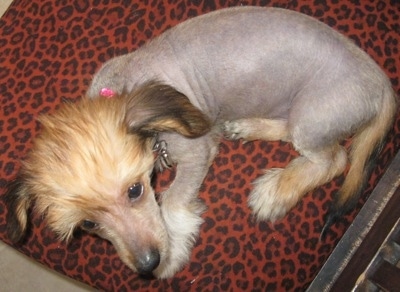 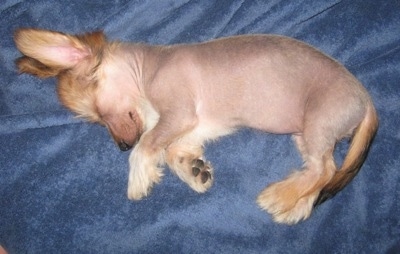 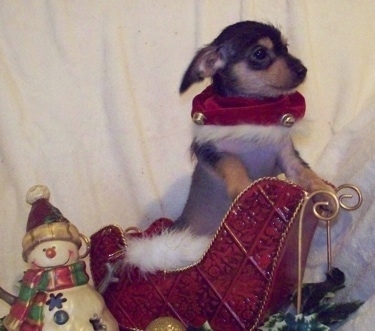 "This picture is Tiny Puppy Tales Raisinet, shown here at 8 weeks old. She is 1/2 hairless Chinese Crested and 1/2 Dachshund (Crestoxie mix breed dog). Raisinet should weigh around 4 lbs. full grown. Her body is hairless except for her feet, head and tail. Raisinet has a wonderful personality; she is smart and lovable and very sweet, as are both the Crested and Doxie breeds." Photo courtesy of Tiny Puppy Tales 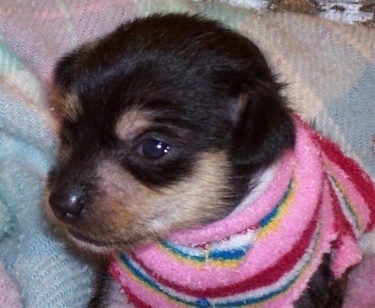