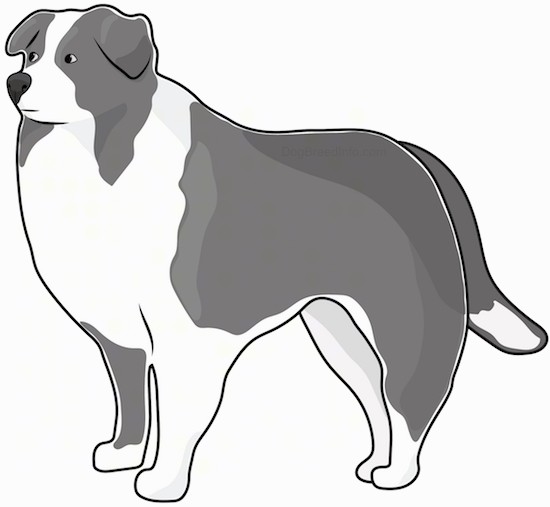 The Cumberland Sheepdog was a working dog of medium size with longer coats that were typically white with black or dark brown markings around the face, back, and sides of their fur. They had a long fluffy tail that typically stopped at their ankles or slightly above. They had a strong bite and a muzzle that was about the same length as their skull. The top of their heads were flat and they had medium sized ears that were wide apart and stuck up.

The Cumberland Sheepdog was extremely intelligent and payed attention to the outer world. They were able to be trained very easily and were able to learn complicated tasks quite quickly. These dogs needed the owner to act as a pack leader in their life in order for them to be stable and happy, otherwise they would likely take the role of leader and not listen as well. In order for these dogs to be affectionate, they needed a lot of socialization, especially while they were puppies. This is because the Cumberland Sheepdog was highly capable of taking care of itself due to their high intelligence. In order to be truly happy and content, they needed lots of exercise, mental training such as learning new tricks, and essentially needed their own job to perform or else they would become bored, resulting in activities such as chewed objects in the household.

Although this dog is extinct, we can probably assume that they had the same health issues as the modern day Border Collie. This includes epilepsy, hip dysplasia, PRA (Collie Eye Anomaly) and deafness.

Although this dog is extinct, we can probably assume that they had the same needs as the modern day Border Collie. Cumberland Sheepdogs required a large open space to explore as they were highly energetic and rarely could lay in bed for hours like other breeds. They did well living in either a large apartment or a house as long as they got walked daily and were able to perform tasks in order to use their mind.

Although this dog is extinct, we can probably assume that they had the same needs as the modern day Border Collie. These dogs needed an immense amount of both mental and physical exercise daily. Like the Border Collie, they were one of the smartest breeds in history and were bored easily. Cumberland Sheepdogs did well when they were taught new tricks regularly in order to tire their mind and put them at ease. Since they originated as herding dogs, they were used to running around most of the day and needed this task in order to be at a balanced energetic level. Most of all, this dog was happiest when they had a job to work everyday.

This breed had longer hair which means it required grooming regularly along with baths only when necessary.

We do know that the Cumberland Sheepdog originated from Northern England in the Peak District, Derbyshire, Greater Manchester, Staffordshire, and Yorkshire along with being found along the border between England and Scotland in the Cheviot Hills. The later breed of Border Collie would have gotten its name from being known to live among the border of Scotland and England.

The few written documents referring to the Cumberland Sheepdog describe the dog as highly intelligent, energetic, loyal, and strong willed. These are all qualities that are currently used to describe the modern Border Collie. It is also said that the Cumberland Sheepdog was the perfect dog to herd cattle and other large animals, doing the task quickly and perfectly every time. 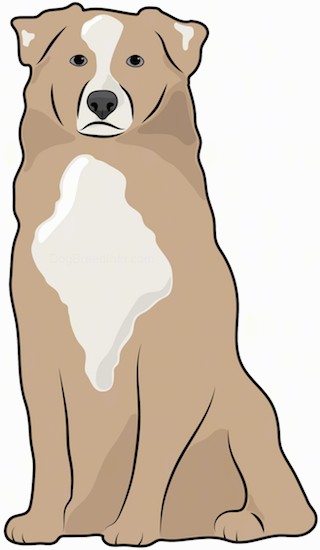