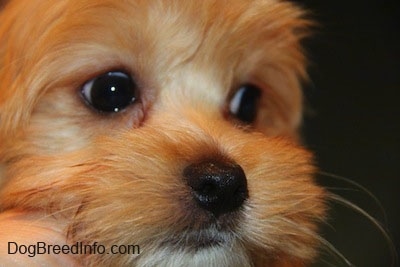 The risks of vaccines are often less than the risk of not giving the vaccines. The chance of the dog catching the actual disease the shot was meant to prevent is often worse and more common than any reaction to the shot. However, sometimes dogs will have reactions to shots. After a dog is given a shot you should not leave the vet's office right away. If you know what you are looking for, it is a good idea to pinch the dog's lip before and after the shot to check for swelling and white gums. The gums should be pink. You should have Benadryl on hand for the rest of the day. Shots are best done in the morning when you have all day to watch the dog for reactions. Do not vaccinate a dog and then go off to work leaving the dog home by itself. The dog should be monitored after its shots. You should not give your own shots if you are not close to a vet's office. If you do, you should have an EpiPen and Benadryl on hand just in case there is a reaction. 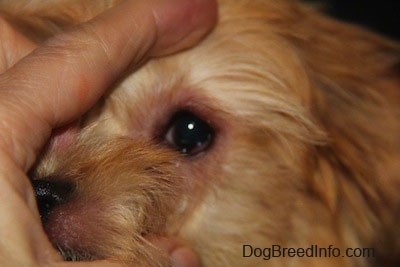 This puppy and his littermate sister had a reaction to their shots a minute after they were given. Both puppies’ faces swelled up. The female puppy suddenly went limp and her blood pressure dropped. The vet had to give them a counter-antidote shot of steroids in an IV. The puppy had a full anaphylactic shock and went flat. Fortunately, the vet was able to bring her back. 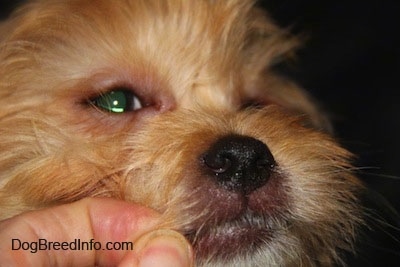 Swelling in a puppy’s face after a vaccine 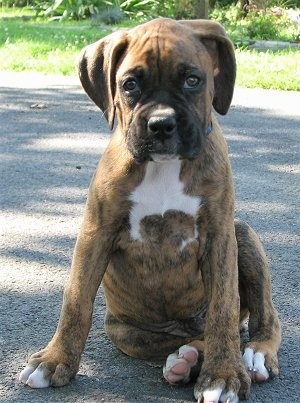 When Bruno the Boxer was 9 weeks old he received a set of shots. The first set was while still at the breeder. This was his second set of shots. The shots were given at 9:00 a.m. Later on that afternoon I noticed Bruno scratching as if he was itchy. At the time it had not occurred to me that itchiness could be connected to the shots. Later on that night we noticed raised bumps all over Bruno's body. His ears were swelling up and turning a purplish color and he was now extremely itchy. I realized he was having an allergic reaction and we called the vet. It was midnight and the vet told us to give him Benadryl and if we do not notice a change for the better take him into the emergency vet. We drove to the store to pick up the Benadryl and gave the dose to him in the parking lot. Bruno's mother had an allergic reaction to anesthesia and actually died giving birth to his litter, so we were not going to take any chances with Bruno. We decided to head toward the emergency vet just in case. We ended up taking him in for a checkup. Turned out the Benadryl did the trick. We gave him a second dose in the morning.