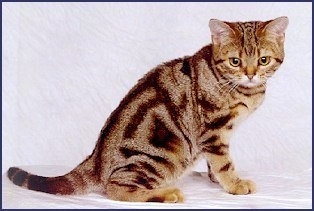 The body of the American Shorthair is solid, muscular and powerful. The rounded eyes are lightly tilted. The tail is medium sized and thick at the base.

The coat is thick, even and hard in texture.

The American Shorthair is a true breed of the working cat. It is muscular, intelligent, hardy, agile and makes an exceptional hunter, yet has a good temperament. Easygoing, friendly and independent. 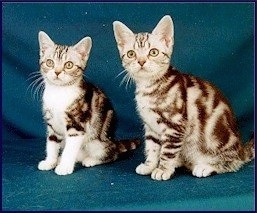 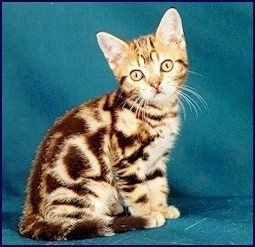 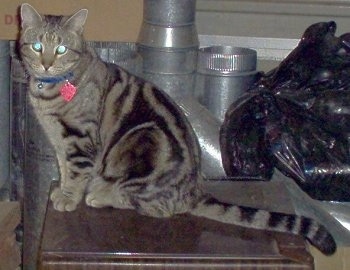 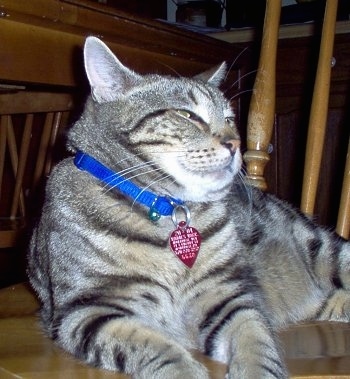 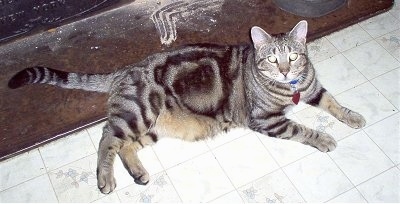 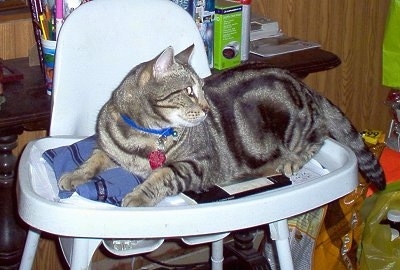 Tiger the cat laying on the highchair 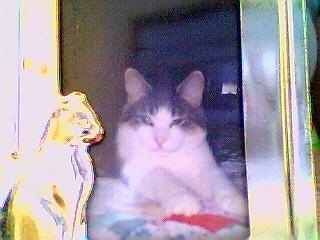 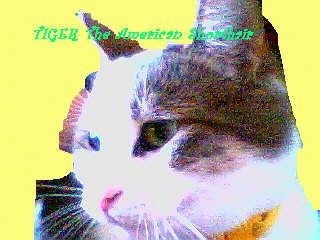