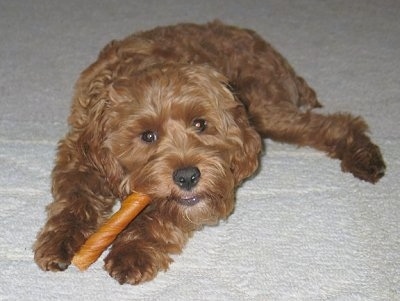 The Cavapoo is not a purebred dog. It is a cross between the Cavalier King Charles Spaniel and the Poodle. The best way to determine the temperament of a mixed breed is to look up all breeds in the cross and know you can get any combination of any of the characteristics found in either breed. Not all of these designer hybrid dogs being bred are 50% purebred to 50% purebred. It is very common for breeders to breed multi-generation crosses. 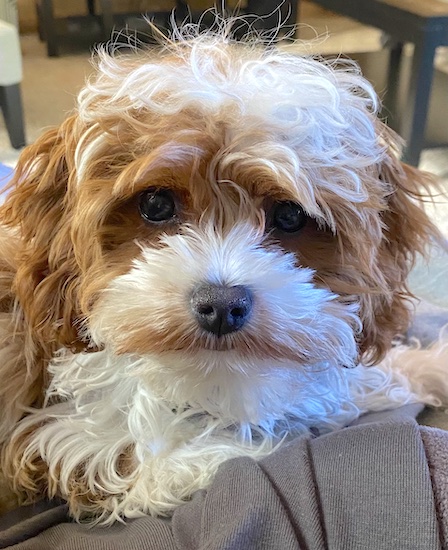 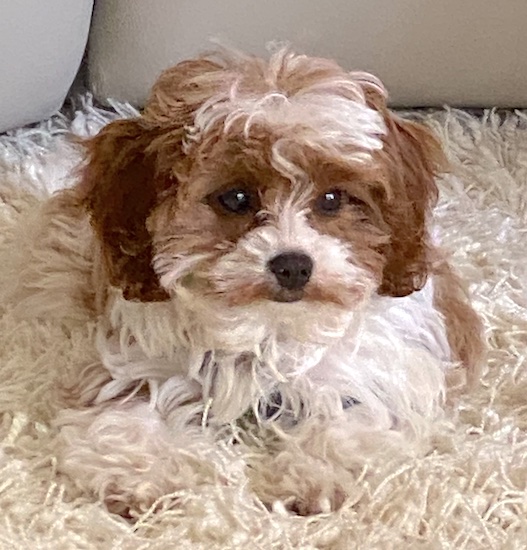 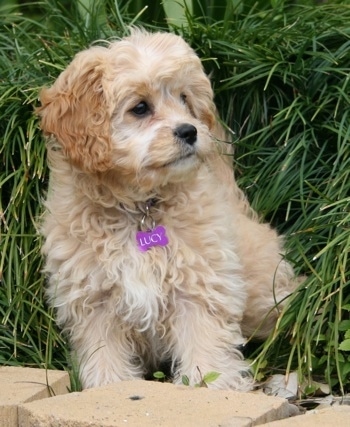 "This is Lucy. She is a Cavapoo, which here in Australia we call a Cavoodle. She is 11 weeks old and the best puppy. The first night we got her I put her in a soft kennel with the flap up, but gated into the bathroom. She cried a bit and woke in the night once. By night 4, she didn't make a whimper when I put her in and didn't wake until 6:30 am. She has been easy to train, picking up sit, down, leave it and touch commands by 9 weeks. She is playful, but also loves to cuddle up on the couch. She is great with the kids and has taken to our home very smoothly. She still cries in the day when we leave her...but is fine when we come home, and just wants to cuddle up to us. She loves to chew, but doesn't chew furniture, more fingers and plants. She is shedding a bit, but I am not sure if that is a puppy thing, and because we are exiting winter season here. She is the best puppy." 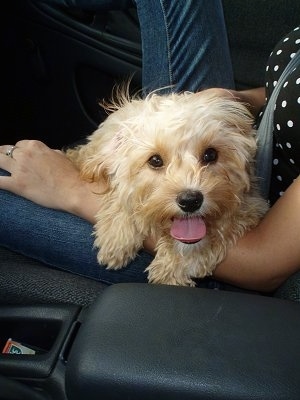 "This is my dog Sloopy the Cavapoo at 7 months old. He's really sweet and smart. He knows how to sit, stand, stay, lay, roll over, ring bells to go outside/potty, down, moonwalk, jump, fetch, come (however he only comes when he feels like it even though he knows the command), mail, kisses, leave it and drop it. Everything I taught him he learned that day and he was completely housetrained in two months (his main problem was just finding a way to tell me how to go out, so I got bells for him). He loves houseguests, but is timid of people in the neighborhood. He's also very loyal and follows me everywhere. If I stay up late to study he struggles to stay awake until I go to bed. He's a little too attached because he cries when I'm in the bathroom and he became a submissive peer the first month; I learned how to ignore him until we went outside and quit doing it. He also is really gentle with small children. However, I noticed he is selfish with other animals. When around my mom's dog (a Doberman which he is not scared of) he steals her toys and hides them in areas that are too small for her to fit in. He loves burying bones in the couch, getting cheese, the dog park, beach, fetch (throw the ball and he'll play for hours) and cuddling. I used this website to help find a pet/research, and I think that he was a perfect choice; thank you." 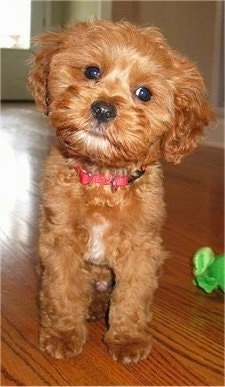 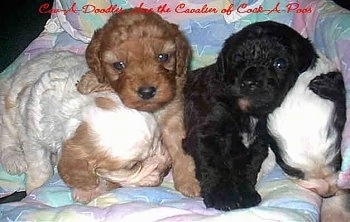 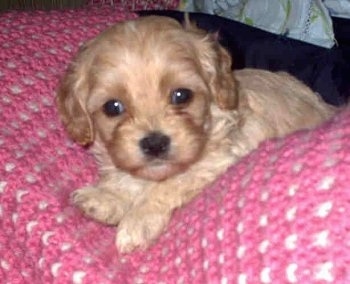 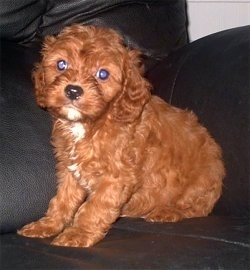 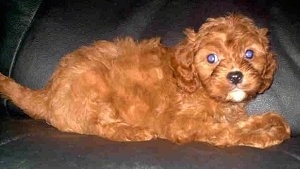 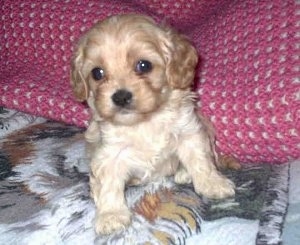 See more examples of the Cavapoo