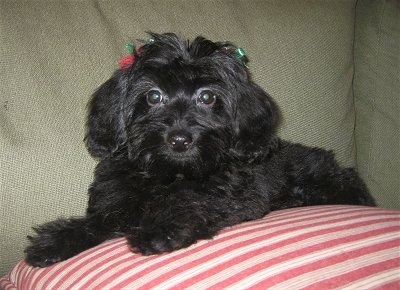 Toby the Doxiepoo puppy at 3 months old—"He is super sweet and very smart.” 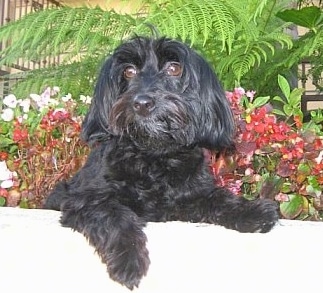 Toby the Doxiepoo at 3 years old—"Toby is wonderful! He is the quintessential lap dog and he LOVES to snuggle. His favorite thing to do is run on the beach. He is a bit needy and has some separation anxiety but we love him all the more!" 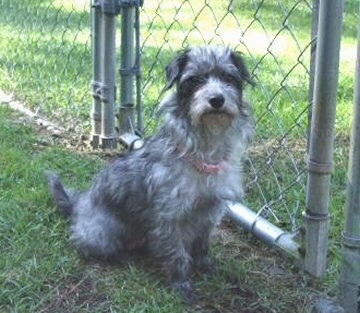 "This is my Doxiepoo, Juno. She is 1/2 Dachshund and 1/2 Poodle. I am sure because she has ACHC and DDKC papers. She is such a sweet dog and I love her like crazy! I've absolutely fallen in love with this hybrid. She is very well behaved, gets along with all other animals, and walks nicely on a leash. The only problem is that she was difficult to housebreak, which is common in Dachshunds. However, she respects me as pack leader and we have a very nice relationship." 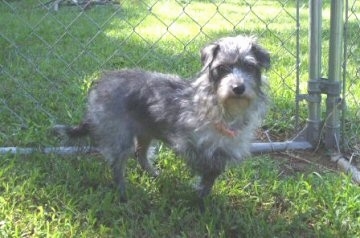 Juno the Doxiepoo (Dachshund / Poodle mix), registered with the ACHC and DDKC 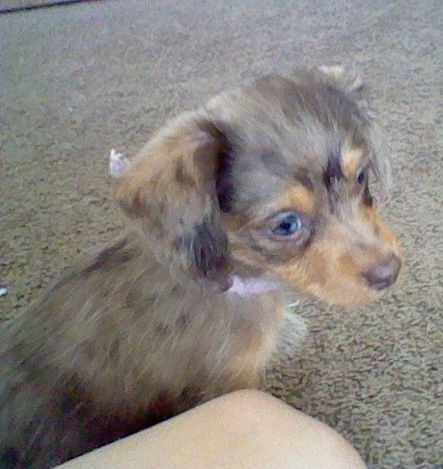 Hiena (ee-eh-na) the blue-eyed dapple Doxiepoo (Dachshund / Poodle mix breed dog) as a puppy at 9 weeks old—"Hiena's mom is a Toy Poodle and her father is a miniature chocolate dapple Dachshund. She got her father's smooth coat but it's a little longer in her chest, and his dapple coat. She was fairly easy to train using a method found in this site but she can be quite stubborn sometimes. She loves to run around the room at speeds that seem to fast for her little body, sometimes running past her objective and having to race back to it. She also loves to dig through her blankets and play with her mother. Her name means Hyena in Spanish and is named so because of her dapple coat. She has three sisters, all showing different characteristics from both breeds. One is golden with a smooth coat, body of a poodle with longer legs but with a dachshund's long snout and ears, another one looks like a pure bred doxie, chocolate brown with light brown underbelly and chest, short legs and long body, long snout, long ears, and smooth coat like her father's, another one is dapple too but her markings are bigger, longer hair and poodle head but with a long body and short legs, her ears have longer hair too." 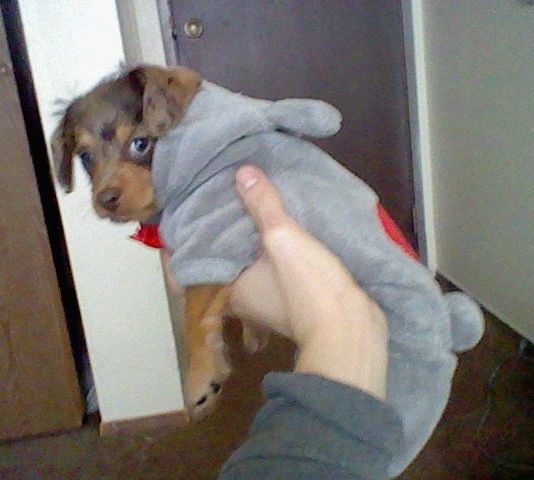 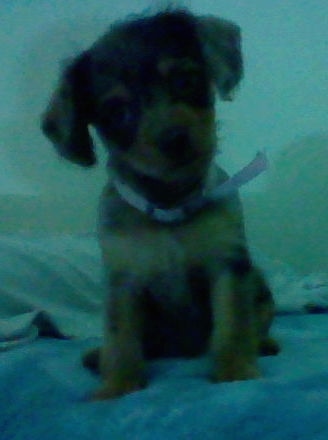 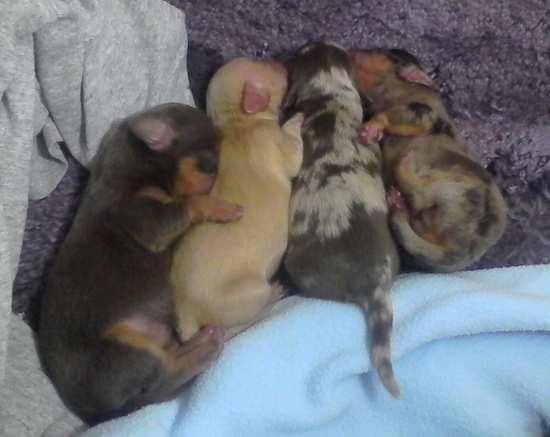