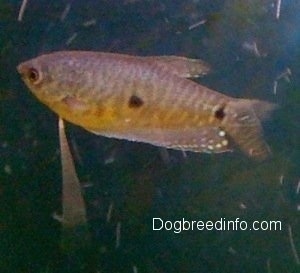 Peaceful, especially with other larger fish. Have been known to attack smaller fish if they are kept in a tank that is too small. Males can get territorial with other male gourami.

Does well with Asian bottom fish (loaches, catfish) and calm barbs, danios and rasboras. One male per tank as males are highly territorial, unless the tank is large enough for both males to have their space.

Omnivore (animal that eats both meat and vegetables), eats most foods. Flake foods (green flakes) various live and frozen foods. They are prized for feeding on hydra, which are small carnivorous animals from the phylum Cnidaria that can be introduced to a tank by feeding live food. Hydra look like small bags of tentacles.

Males and females differ in the shape of the dorsal fin. In males it is long and pointed and in females it is shorter and more rounded.

Their colors can change with their moods. Blue gouramis are deeper blue during spawning. Although they have the name, "Three Spot," they actually only have two spots on each side. The third spot is actually their eye. The cosby and opaline hybrids lack the spots and the darker blue marbling. 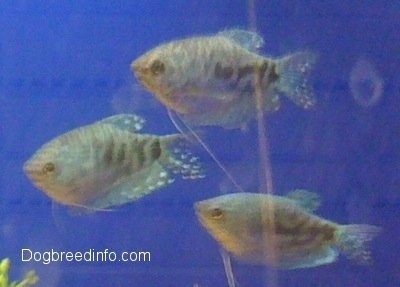 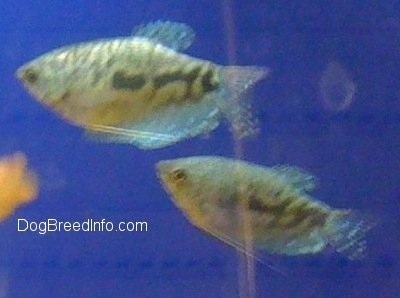 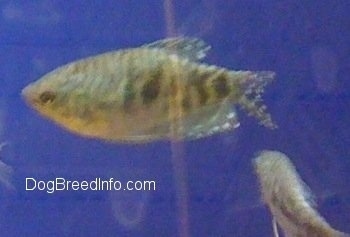 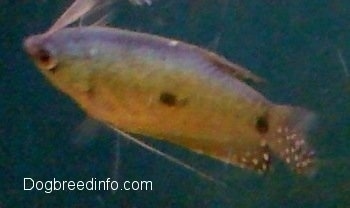 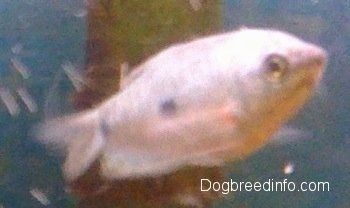 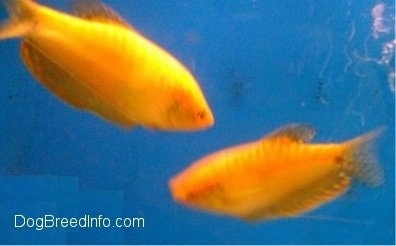 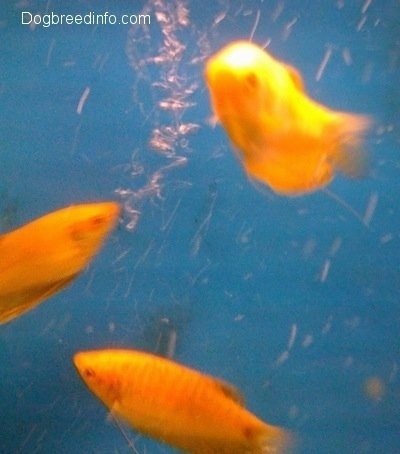 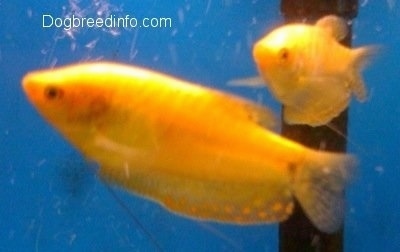 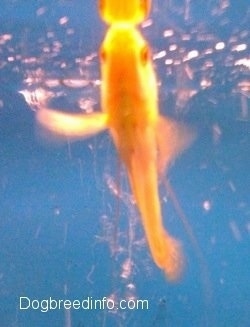 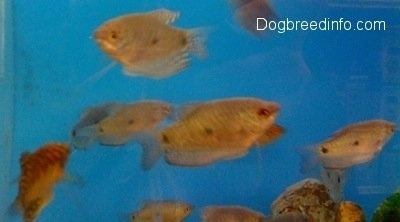 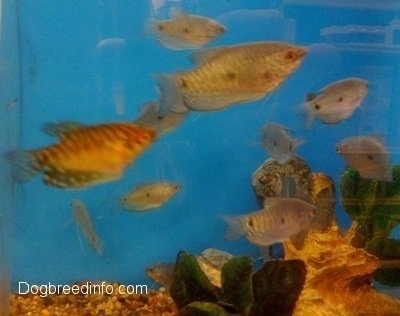 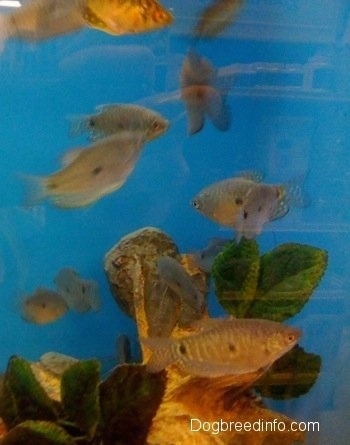 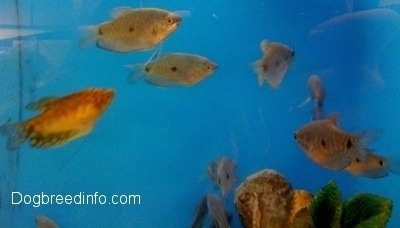 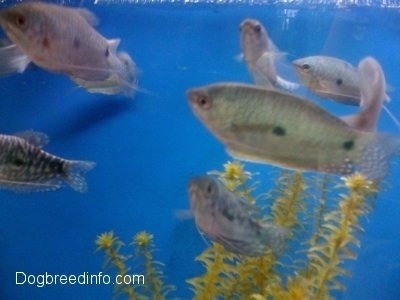 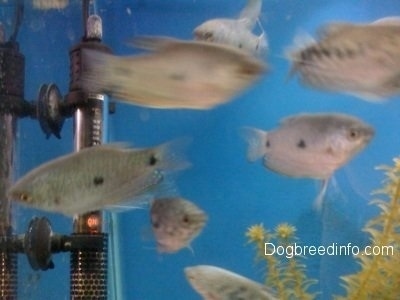