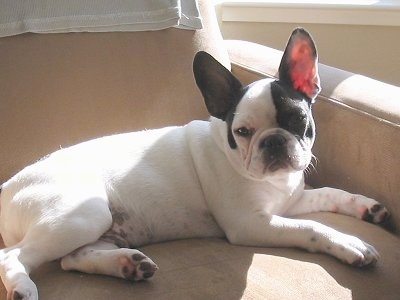 Robber the second generation Frenchie Pug at 6 months old—"He is very smart, mellow, trained very easily, has the clownish personality of the French Bulldog, and the lovable personality of the Pug. He definitely has the Frenchie coloring, markings and "bat" ears, but managed to get the Pug's smaller head, longer body and tail (but it didn't curl!!). He's definitely a local celebrity in San Francisco and Alamo Square Park."

The Frenchie Pug is not a purebred dog. It is a cross between the French Bulldog and the Pug. The best way to determine the temperament of a mixed breed is to look up all breeds in the cross and know you can get any combination of any of the characteristics found in either breed. Not all of these designer hybrid dogs being bred are 50% purebred to 50% purebred. It is very common for breeders to breed multi-generation crosses. 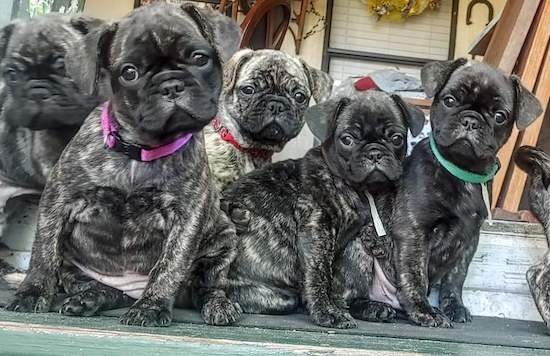 "1st generation 8-week-old Frenchie Pug litter of puppies (aka Frug). 3 boys and 3 girls. Their mother is a brindle French Bulldog and their father is a fawn Pug." 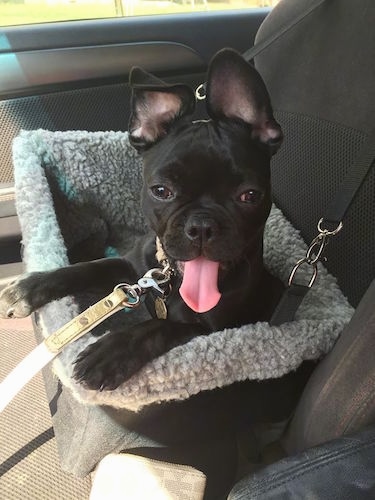 Banx the black Frenchie Pug (French Bulldog / Pug mix) as a puppy at 8 months old in his dog car seat—"Banx is a very loving and social guy. He enjoys play dates with his best friend Ginger who is a Corgi. They play for hours chasing playing tug of war and wrestling. Banx is a cuddler, and loves being by my side. What a gift, a true blessing. xoxo" 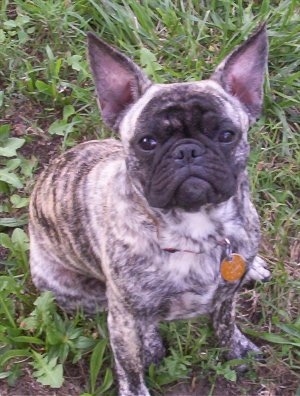 Ottis the brindle Frenchie Pug at about 10 months old—"He is a wonderful, loving dog. He was the best birthday present for me. He also thinks he is a guard dog, but warms up very quickly to the guests; he will even sneak a kiss in if he can."5 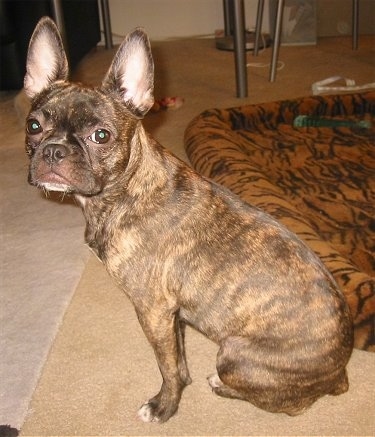 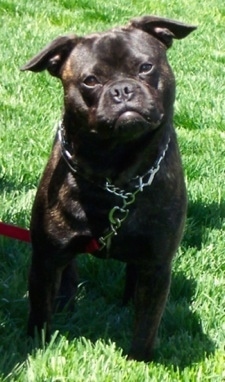 "Ziggy, our Frenchie Pug at 9 months old has a goofy personality and gets along with anyone he meets. He loves to go rollerblading and running like a wild man with other dogs in the park, but his favorite things to do are eat and sleep. When he passes out, he snores very loudly, and there's no waking him up." 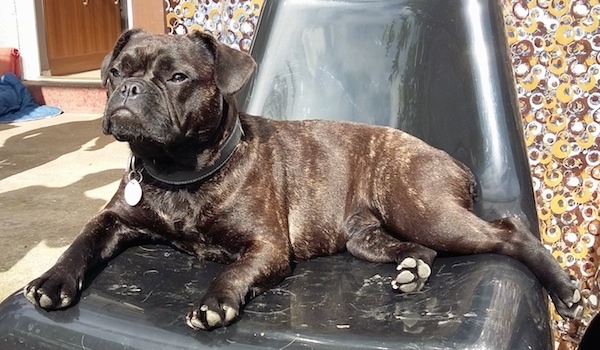 Reggie the brindle Frenchie Pug at 1 year old—"She is the sweetest thing ever, demands my love and attention, yet she does it very politely. She is very devoted, and hasn't got a drop of aggression in her. Very balanced dog. Very clever too." 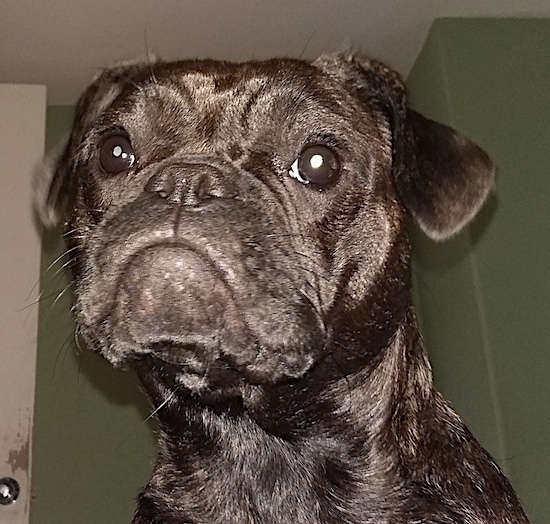 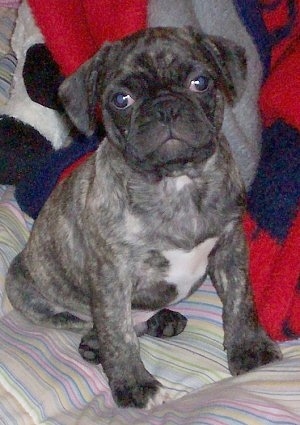 Keagan the brindle Frenchie Pug at 8 months old—his mom was a Pug, his dad a French Bulldog. 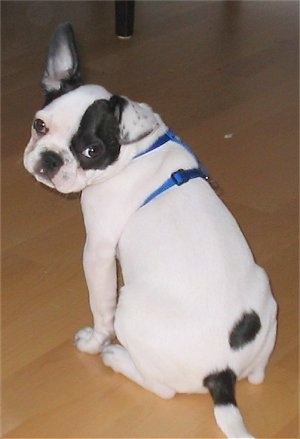