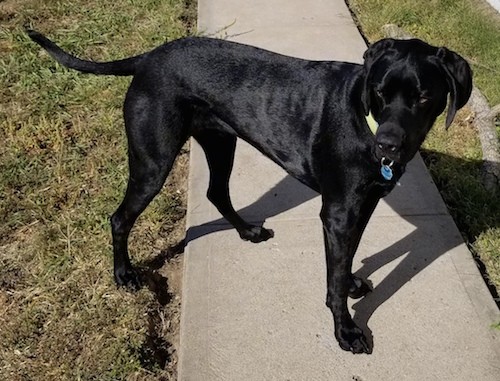 "Rocky is a three-year-old English Lab/GPS. He is 27" at the withers and is 80 lbs. He started training for a therapy dog at six months, however, started to recognize when I am about to fall. He was then registered as my service dog."

The German Shorthaired Lab is not a purebred dog. It is a cross between the German Shorthaired Pointer and the Labrador Retriever. The best way to determine the temperament of a mixed breed is to look up all breeds in the cross and know you can get any combination of any of the characteristics found in either breed. Not all of these designer hybrid dogs being bred are 50% purebred to 50% purebred. It is very common for breeders to breed multi-generation crosses. 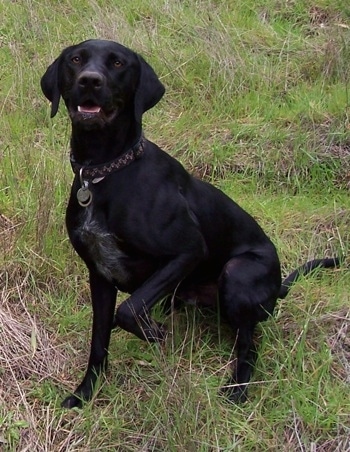 "Odin is indeed a balanced dog. He is submissive with humans and other dogs...but he is also very confident...he trots along regally checking things out. He is 75 lbs., but wishes he was a lap dog! Odin has been instrumental in our work with shelter dogs because he is so confident and friendly. Shelter dogs take to him immediately. There was one dog in particular who was terrified of everything and was reacting with aggression.... When I got him home and introduced him to Odin, he completely changed his ways. He followed Odin everywhere and soon learned to trust people. Odin is really a fantastic dog." See Odin with the pack. 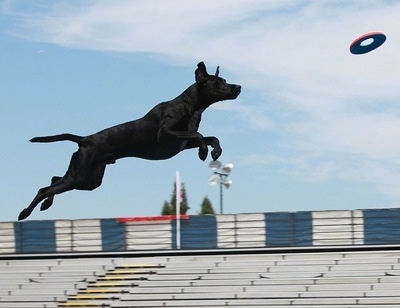 "Odin is a very focused dog. He lives for Frisbee...or ball if that’s all there is. He has taken tracking classes and proved to be a natural and he has recently started Dock Diving through Splash dogs, which he just LOVES. Odin is two years old as of Sept. 2009. My fiancé and I rescue and foster dogs...we also walk and board dogs for a local pet-sitting company, so there are always tons of dogs in our lives." 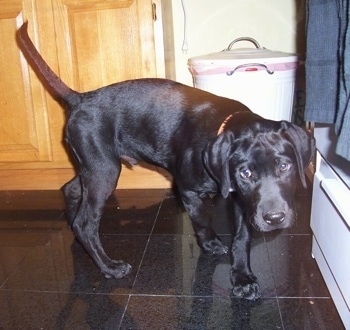 "This is Odin, a German Shorthaired Labrador, shown here as a 3-month-old puppy. He is a fun and energetic guy. Now full grown, he likes to try and cuddle even with his 80-lb. stature." 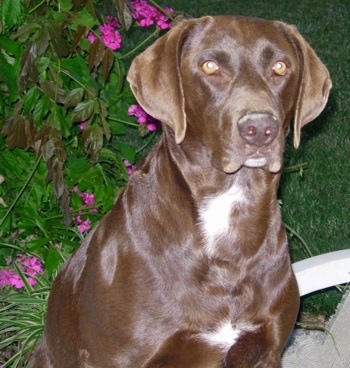 "This is a picture of our chocolate Lab / German Shorthair Pointer. She is high energy, very loyal, GREAT nose for hunting. Conformation is more like a short hair. She has web feet, loves to swim, combination coat-has a little wave in it during the cooler months. Probably the best dog I have ever owned." "This is Jock, my 1-year old German Shorthaired Lab. His dad is a purebred German Shorthair Pointer and his mother is a purebred chocolate Labrador Retriever. He is an amazing dog and knows over 20 tricks, along with herding cattle. He is an amazing dog and I think he is a wonderful description of the best mix of this breed. We sometimes say he is on steroids as he is extremely muscled and has no fat on him at all (the shorthair in him)." 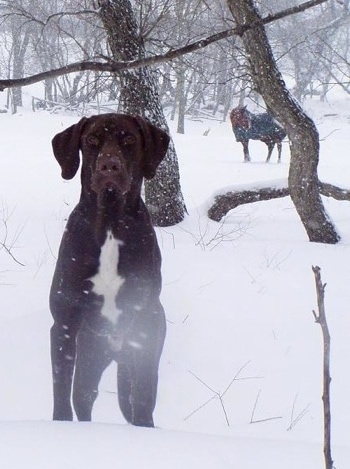 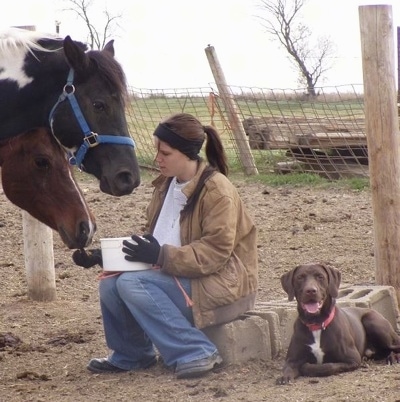 "This is Shaun, my best friend in the world. Sweet, lovable, intelligent, well balanced. Wishing there could be a forever."