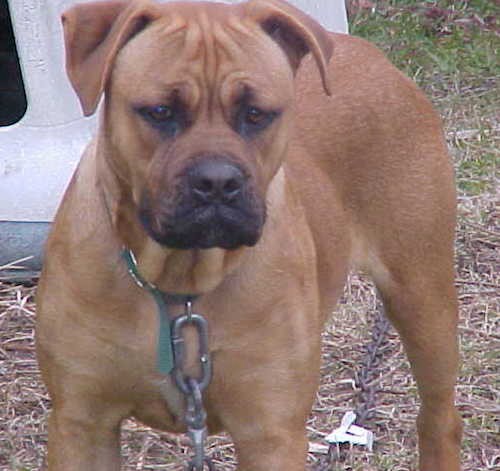 "This is a picture of a F1 hybrid at the age of six months. This dog came from a repeat breeding of an unplanned mating of a father dogue de Bordeaux and a mother Alapaha Blue Blood Bulldog. At 6 months the dog weighs 60 pounds and is still growing as is his sister. Both are shy to strangers and are companion dogs. They have little to no shedding, able to take weather changes and heat better than a pure Dogue de Bordeaux. Very hyper and full of energy and needs a strong handler but has a willing to learn personality."