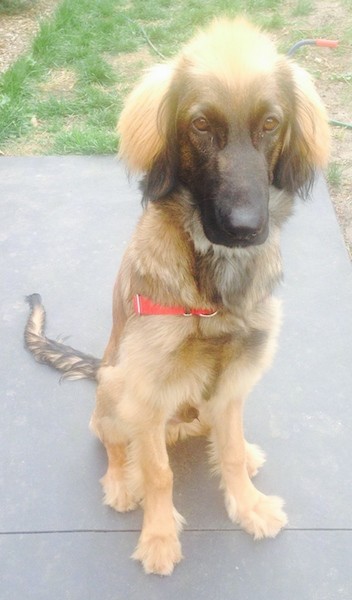 Rufus Wainwright the Afghan Hound / Leonberger mix breed dog at 8 months old—"Rufus was rescued from the Lost Dog's Home in Melbourne at 6 months of age. His microchip was traced back to the breeder who said he was an accidental mix. He was sold but then dumped. He is gentle and intelligent. He is independent but also very cuddly and playful. He is great with kids. He is enormous. He weighs around 50 kilos (110 pounds) now and we expect he is still growing."