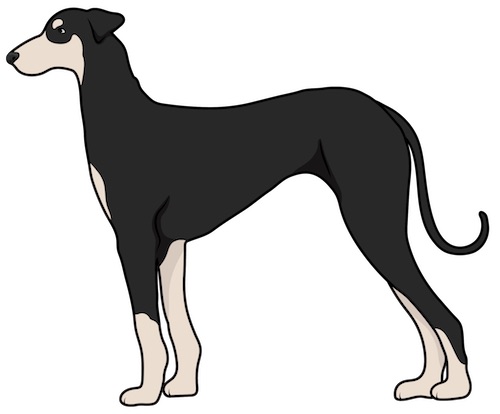 A drawing of a Kanni dog.

The Kanni have thin, muscular legs that give them a very tall and lengthy appearance. They are very elegant and docile looking dogs with a smooth, short coat and a long, thin tail that reaches more than halfway down their legs and curls at the end. They have pendant shaped ears, long snouts, and a black nose. To classify as a Kanni, their coats must be black and tan. Any other color coat is considered to be a Chippiparai even though the other traits are exactly the same. There are different names to each color differentiation. For example, a Kanni with an off white coat is known as Paala Kanni. When this breed has brown spots they are known as Pottu Kanni. The dogs with black fur are known as Karun Kanni, where the solid color variety are called Chippiparai.

The Kanni breed is known to be friendly and loyal to their owners although they will most likely appear shy toward strangers. They can become protective of their owners and although most of the time they are willing to follow their owners orders, they can also be independent, doing whatever they want. These dogs are known to be easy to train although if they don’t get enough exercise, they may become destructive and misbehave.

Although there is not a lot of information on this rare breed, it is still important to beware of hip and joint related problems since these dogs love to run and have very tall, thin legs.

Since the Kanni is a high energy dog, they would not do well in a small apartment or cramped house. They require lots of room to roam, including a backyard or somewhere they can go outside daily to run and play. If they do not get enough exercise, they may become disobedient and destructive.

This breed needs a tremendous amount of exercise. If they are not vigorously exercising for at least an hour a day, they can easily become over hyper and destructive. They were originally bred for hunting so they love to run and chase anything they can. Take them on long walks, let them run free in a safe location and give them lots of toys to run around with.

They have a short coat so little grooming is needed. Keep the nails cut, ears clean and bathe when necessary.

The Kanni originated in Southern India and plays a role in the traditions in the small villages. During a marriage ceremony, this dog was traditionally given to the new bride as a way of protecting her because the Kanni is known to be a territorial breed with strong loyalty to their owner. They were commonly called the Maiden’s Beastmaster. In the Tamil language, Kanni translates to “pure”. They were given this name because of their dedication and purity of heart in showing how loyal they were to their owner. In the past, the Kanni was used as a hunting and guarding dog for home owners. Because this breed is only known in Southern India, the Kanni is considered a rare dog breed. 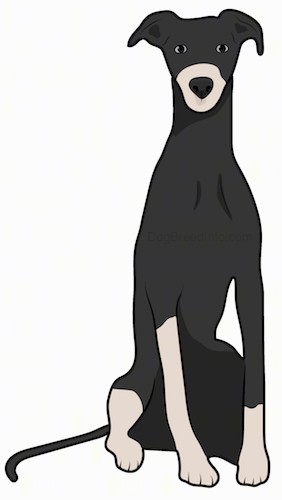 A drawing of a Kanni dog. 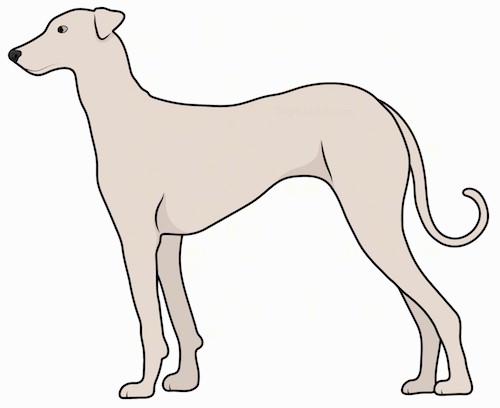 The solid color variety is called the Chippiparai.