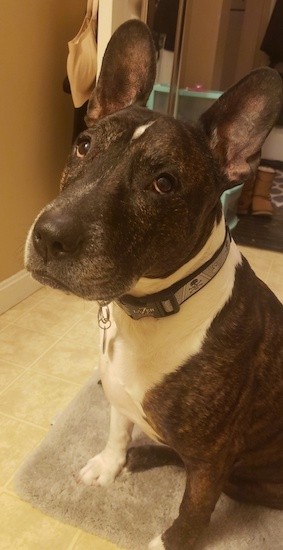 Enzo the half French Bulldog half Standard English Bull Terrier at 9 years old—"I wanted to introduce you to my dog Enzo. Enzo came from a French Bulldog mother and a full size English Bull Terrier father. Both of them were AKC registered. Enzo is 1 of 2 litters (2nd litter). The 1st litter came about as an accidental dog breeding mistake but they turned out so healthy and great they decided to have one more litter. I've met 2 of Enzo's sisters from the 1st litter and by far he's at least 20 pounds bigger then his sisters. He is 9 years old and weighs a muscular 65 pounds. He is literally the best mix of both breeds. Other than his seasonal skin allergies and occasional ear infections he has been an extremely healthy dog. In all of my research I believe he is 1 of 12 French Bulldog-Bull Terriers in the USA."

The French Bull Terrier is not a purebred dog. It is a cross between the French Bulldog and the Bull Terrier. The best way to determine the temperament of a mixed breed is to look up all breeds in the cross and know you can get any combination of any of the characteristics found in either breed. Not all of these designer hybrid dogs being bred are 50% purebred to 50% purebred. It is very common for breeders to breed multi-generation crosses. 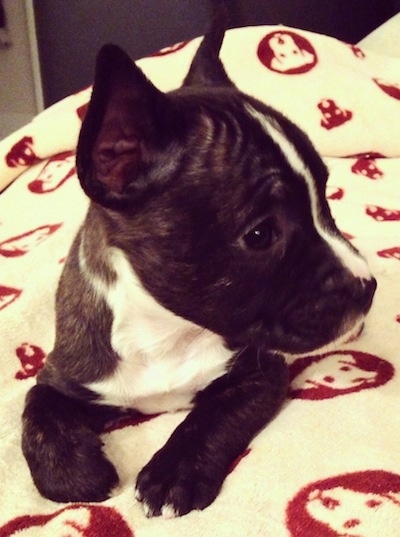 Nyla the Miniature French Bull Terrier puppy at 8 weeks old— "Nyla is a mix between a French Bulldog (mother) and Miniature Bull Terrier (father). She's so sweet, intelligent and very docile. When I got her she was only 3lbs. She was the "runt" of the litter, but she was full of energy and curiosity. She is a fearless one. 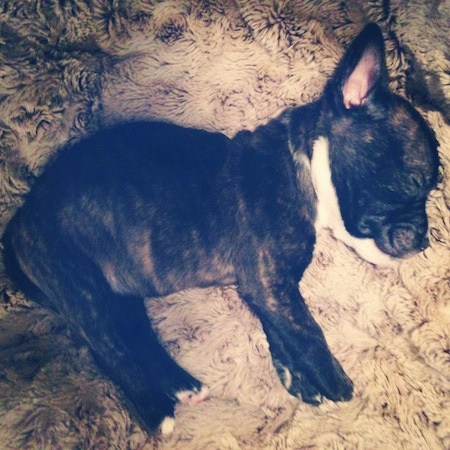 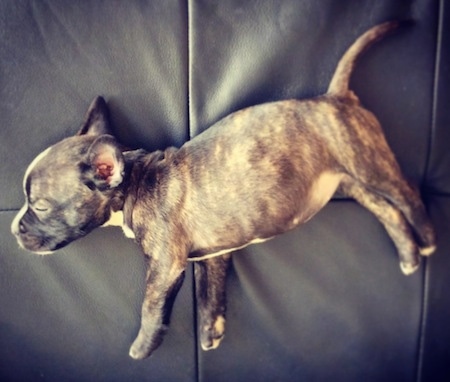 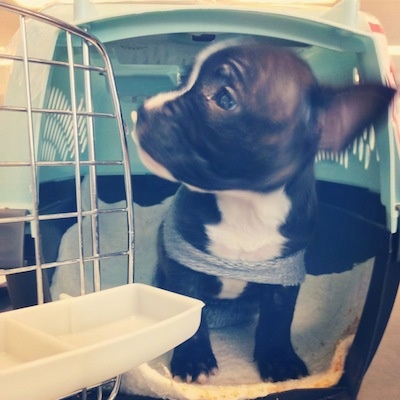 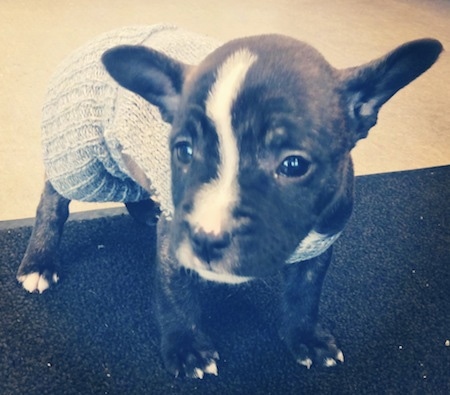